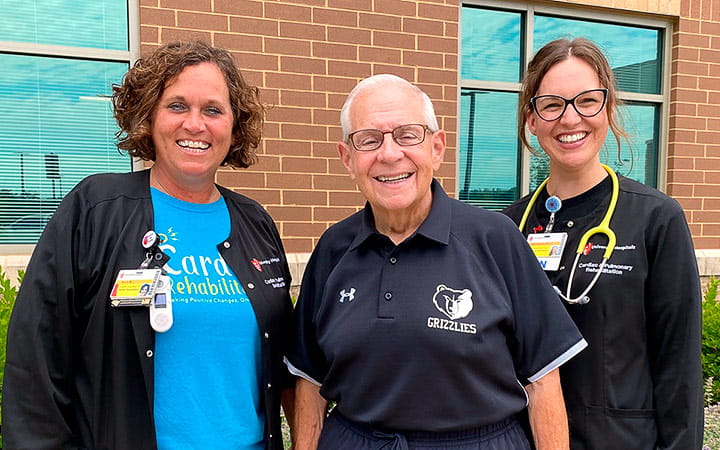 Thousands of parishioners at St. Gabriel Church in Concord, Ohio know Father Fred Pausche has a big heart. But no one, not even Father Fred himself, knew his heart was blocked.

Father Fred, 72, did know he had a bad back and was ready to address it. He had scheduled surgery for October 2021, but in order to move forward he needed a pre-operative workup. The last stop – a cardiologist.

“I had never seen a cardiologist in my life. I did know that I had a heart murmur, but it never bothered me,” said Father Fred. “The cardiologist’s tests showed some abnormalities that he wanted to explore.”

A cardiac catheterization revealed multiple blockages in Father Fred’s heart. Instead of back surgery, he was diverted to heart bypass surgery.

“For someone with Father Fred’s issues, the stress surgery would place on his heart would be dangerous. It was important to address his blockages first and allow him time to recover before going through any other procedures or surgeries,” said Dr. Pablo Ruda Vega, cardiac surgeon with University Hospitals (UH) Harrington Heart & Vascular Institute. “If left untreated, these types of blockages can lead to heart attack, heart failure or death.”

“I thought it was such a blessing that this was discovered. I never knew anything was wrong. Nothing bad happened yet, and I wouldn’t have wanted to go through the back surgery with that risk,” said Father Fred.

“I met Dr. Ruda Vega and it was just so good. I felt like we were all friends from the beginning. He gave me such confidence and helped me feel relaxed. It was just so, so, so positive,” said Father Fred. After his surgery and hospital stay, Father Fred continued recovering at a rehabilitation facility in Concord, but he was home in time for Christmas. Then, in January, he started cardiac rehabilitation at UH Lake Brunner Sanden Deitrick Wellness Center in Mentor. 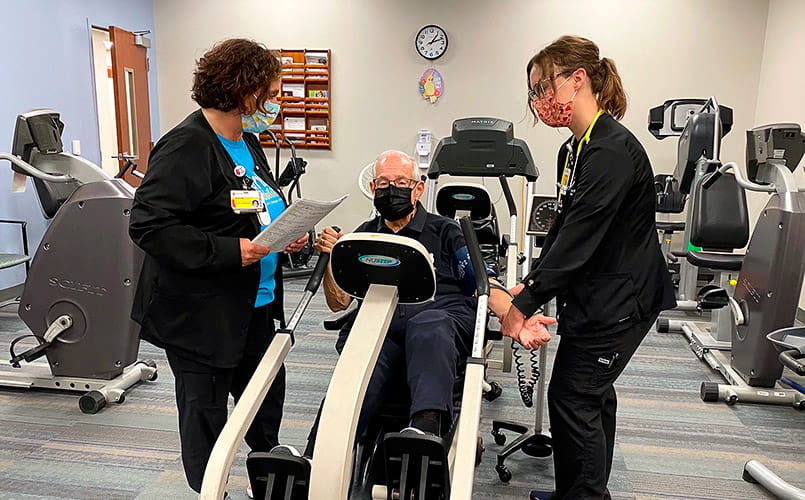 Cardiac rehab is a comprehensive monitored exercise and education program designed to improve the cardiovascular health of someone who has experienced heart attack, heart failure, angioplasty or heart surgery. It encourages lifestyle changes and the development of healthy habits, and addresses nutrition, exercise, stress management and other risk factors of coronary artery disease.

Father Fred had rehab goals of walking unassisted, improving balance and strength, and returning to golf.

“We created an individualized exercise program for Father after his assessment and evaluation as we do for all our patients,” said Nicki Marcia, exercise physiologist at UH. “Father started our outpatient cardiac rehab program after his home physical therapy and occupational therapy were complete. When he arrived, he was using an electric scooter to get around and was limited to using only a recumbent machine during therapy due to his back issues.”

His therapists helped him increase his strength, endurance and balance. Through cardiac rehab, he transitioned to a rollator walker and then a stick cane. By the end of his 36 sessions, he could walk on the treadmill.

“Along with my back, I still have some issues with my leg, but I was able to get out this spring and play 18 holes of golf,” said Father.

“Heart surgery is just one piece of the puzzle. For optimal outcomes, patients really need to follow through with cardiac rehab. My role of ‘fixing’ their heart is important, but the cardiac rehab program takes patients to the next level in their recovery and prepares them for a healthier life,” said Dr. Ruda Vega.

“I feel like I have more stamina and energy than before my heart surgery. I’m also not as cold all the time,” said Father Fred. “I guess I may have had some symptoms after all and not even known it, although I never had the extreme symptoms of shortness of breath and pain in my chest.”

“It’s possible for someone to have major blockages, but not many symptoms,” said Dr. Ruda Vega. “Chest pain and shortness of breath are two of the most obvious symptoms, but others are heart palpitations, weakness, dizziness, nausea and sweating. If you have any of these symptoms, it’s important to see a doctor.”

“Father was a model patient and a great example of how cardiac rehab can really help someone get back to normal activities – or even better than normal – quicker,” said Alex Allman, a registered nurse who helped Father Fred in his recovery.

Although he never took much time off, Father Fred has returned to working fulltime at the parish where he’s served for 32 years. He has lost 14 pounds and exercises regularly by going for walks. He uses a pulse oximeter to monitor his heart rate and oxygen levels. He still needs back surgery, but is confident that he’s in better shape to endure it and recover from it.

“Through this whole thing I had a tremendous support system and spiritual resources,” he said. “We are so, so blessed in our area with the medical resources we have. It’s amazing, but so much comes down to attitude. I kept a positive attitude and trusted my caregivers. If there’s one word to sum up my experience, it’s ‘blessed.’” 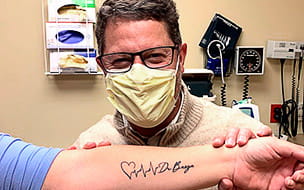 After undergoing surgery to replace her faulty aortic valve, 55-year-old Kathleen Black is so impressed and happy with the care she received from... 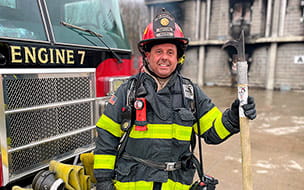 Shortness of breath was the only symptom 49-year-old firefighter and paramedic, Ricky Fetter, was experiencing. When an EKG revealed that all five... 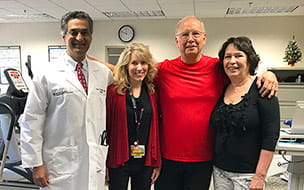