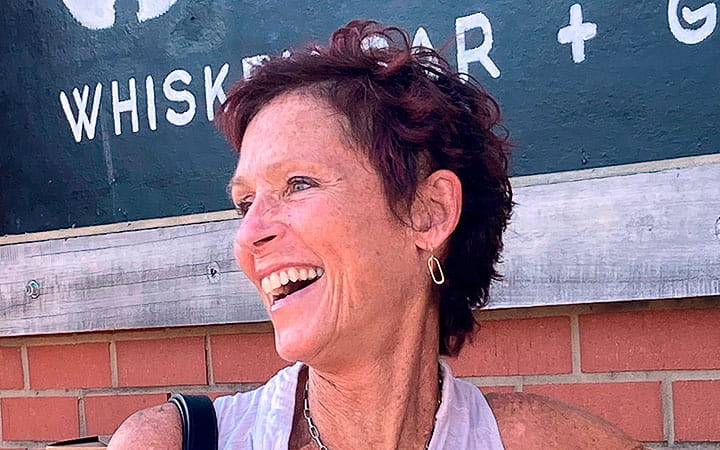 Heather Sanderson never shies away from a physical challenge or a psychological hurdle. This 58-year-old Berea native thrives on intense 5k obstacle races and lifting serious weights through CrossFit – and an enduring faith that strengthened her to face the lift of her life.

So when a steady ache in her stomach pushed her to visit the Emergency Department, she was shocked to learn the biopsy revealed pancreatic cancer. She saw oncologist David Bajor, MD, part of the team for gastrointestinal cancers at University Hospitals Seidman Cancer Center. She had a common and simple question nearly everyone diagnosed with cancer asks.

What stage am I?

But Dr. Bajor declined to give her a simple answer. I don’t really like to talk in stages, he explained. We’re just going to set a goal that you’re going to make it to surgery, and surgical oncologist Lee Ocuin, MD, was on deck.

Had Heather been told she had Stage 3 locally advanced cancer bordering on inoperable, it could have impacted her mindset. That goal – and a clinical trial and complex surgery only possible at the most advanced academic medical centers – preserved her life.

“Any time I’ve heard of cancer, the higher the stage, the more serious it is, so it helped me more than anything when he said we were going to think in terms of goals,” says Heather, who regularly sets goals in her exercise. “If his goal for me was to get to surgery, and I’d already believed the tumor was inoperable, that wouldn’t have made sense to me. Telling me to focus on getting through chemotherapy and radiation in order to make it to surgery made perfect sense.”

A clinical trial only available at UH

Heather is a dynamo of energy packed into a petite, muscled body. All throughout her chemotherapy and radiation treatments, save a few months surrounding her surgery, this mother of five grown children and grandmother to one granddaughter continued her CrossFit regimen five days a week.

She was enrolled in Case 2218, a clinical trial using the novel drug CPI-613. Designed by Dr. Bajor and Dr. Jordan Winter for locally advanced pancreatic cancer, this clinical trial was only available at University Hospitals. It combines standard of care chemotherapy with a drug that targets the mitochondria, or the powerhouse of the cell, explains Dr. Bajor. This drug inhibits enzymes that work in the mitochondria, poisoning them to help kill the cancer.

“With Heather’s fitness, Dr. Ocuin’s aggressive surgical practice and the clinical trial, we were able to get her to surgery and through it,” says Dr. Bajor. “Every patient is different. We want to focus on each patient’s unique goals, to keep their frame of reference in mind. That is so important in oncology, especially in medical oncology. Being a CrossFit guru intent on getting back to an active life helped Heather for sure.”

“It took a lot of time to free the vein from the tumor and reconstruct it – you have to go millimeter by millimeter,” Dr. Ocuin said. “You have to be patient and meticulous to isolate the anatomy as you go.”

During several weeks of recovery in the hospital, Heather’s clinical trial nurse checked on her often, as she had throughout her months of chemotherapy. This vital support caregiver is a major bonus of enrolling in a clinical trial.

Debbie Donohue, RN, BSN, CCRC, is a Clinical Nurse Research Specialist who works with patients on Phase II and III clinical trials for gastrointestinal cancers, screens patients for eligibility and attends every visit with their medical oncologist. The doctors credit clinical trial nurses for being a key part of the team that helps patients through this complex process, but Debbie gives up the credit to Heather.

“Heather has this great zest for life,” says Debbie. “She has great friends and family support. For someone who’s been through months of chemo, a clinical trial and heavy duty surgery, she’s a fighter.”

Just a few years earlier, Heather had relocated from Florida to care for parents facing memory issues. She is motivated to keep going for their sake, as well as her children and grandchildren – and any patients she has the opportunity to encourage with her story. Heather has chronicled her cancer journey on Facebook, making videos and posts along the way to boost anyone she could help.

“Honestly, that’s what got me out of bed in the morning, and that’s what kept me going,” says Heather, who attended her 40th high school reunion after recovering from her cancer surgery. “Don’t keep everything to yourself. Share your story.”

Heather is quick to emphasize that her faith is even more important than her relationship with the gym. On days she needed a boost of encouragement, it often arrived through kind words or gestures like a meal, a hug or a gift from someone, or a sunshine-filled day delivered from above.

“I have learned not to make my friends and family my first stop when I needed strength or encouragement,” Heather says. “I run to God and ask him to give me what I need. He is faithful and always comes through. He gives me a peace beyond all understanding, to press on.”

“We’re trying to change this from a disease that’s one of the worst cancers to one that’s manageable, so people can have confidence in the ability to treat and control – if not cure – it,” he says. 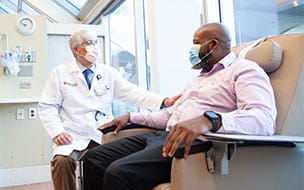 Why Is Cancer on the Rise in People Under 50?

Better cancer screening is just one reason cancer diagnoses have increased in younger people. Learn about what other factors are involved in the rise. 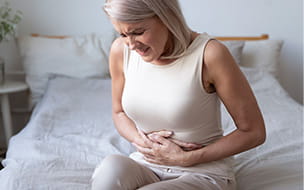 Ovarian cancer can be difficult to diagnose early because its symptoms are often mistaken for something else.