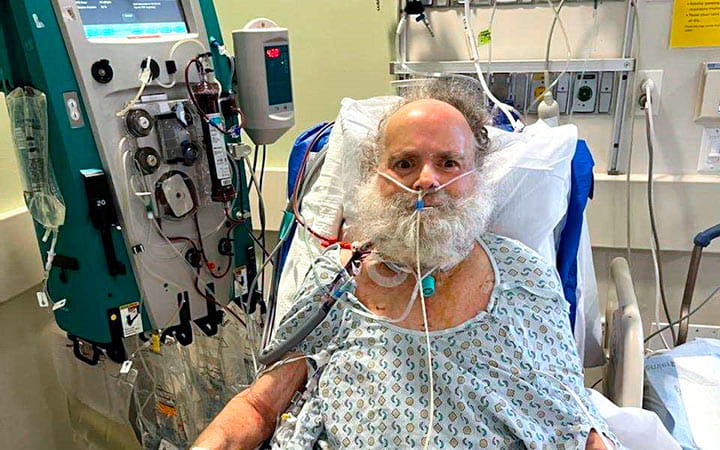 66-year-old Jon Misner’s life revolves around family in his hometown of Hartville, Ohio. He’s a grandad to seven thanks to his four children who all live within three miles of him there. So, in the spring of 2022, when Misner had a heart attack, his family rallied around him. They didn’t know it would be months before Misner would return home to Hartville.

The heart attack was the first in a devastating series of events that landed Misner in the intensive care unit at University Hospitals (UH) Cleveland Medical Center for three full months. But he survived and he credits his recovery – and his life – to the care he received from his medical team under the supervision of Marc Pelletier, MD, cardiac surgeon and Director of the Heart Surgery Center at UH Harrington Heart & Vascular Institute.

When he suffered his heart attack in mid-April, Misner went to a hospital not affiliated with UH. There, surgeons tried to repair his heart issue, ultimately performing several bypasses and replacing his mitral valve. When that effort was not successful, Misner was transported to UH Cleveland Medical Center.

“When Jon came to us, he was in critical condition. We knew we could take steps to help him, but were honest with his family about the seriousness of the situation. His chest had been left open since his surgery several days prior. He was bleeding and unstable,” said Dr. Pelletier. “Our team assembled and took him to the operating room around 6 a.m., within hours of his arrival at UH. We replaced his mitral valve again and reconstructed part of his heart, including the atrial septum (the wall that divides the upper chambers of the heart), and surgically implanted a heart pump because his heart was too weak to support life on its own.”

Misner then went to the cardiothoracic intensive care unit. Through April, and May, and June, Misner endured multiple interventions including the removal of his heart pump, a tracheostomy, multiple bronchoscopies, and procedures to remove fluid from around his lungs. He also had a feeding tube for much of his time in the hospital.

“I don’t remember much of anything in the ICU,” said Misner. “I couldn’t move my arms or legs. There were too many monitors. I lost almost all of my muscle tone. I couldn’t talk because of my trach. That was probably the hardest thing for me.” 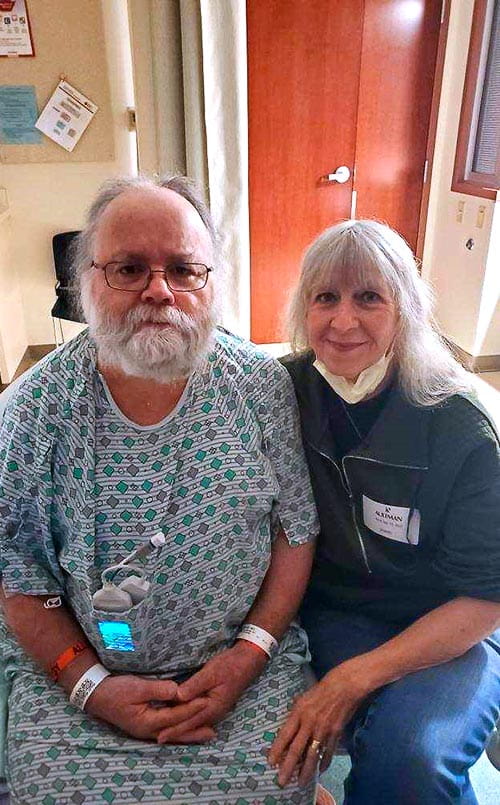 Misner kept hope thanks to frequent visits and support from family, including his kids Jennifer, Jon Jr., Jill, and Joe, his two sisters, Joan and Julie, and his wife, Jo Ann, which he called his “A-Team.” They even made a giant collage of pictures to keep in his room so he could always see the people who loved him and were praying for him.

“When our team saw that collage of family members and previous good times, we knew he had some fight and that he would have a chance to survive,” said Dr. Pelletier. “It reminded us that Jon had a whole army of loved ones. We wanted to give Jon the best chance to survive and get him back home.”

Another frequent visitor was Jon’s son-in-law Adrian – Jennifer’s husband. They often discussed what Jon wanted to do when he returned home and the answer became a little bit of a running joke.

“I always said that I wanted to go to Red Lobster!” said Misner. “It sounded so delicious, especially after having a feeding tube. It kept me focused on the future. The goals I made gave me something to look forward to.”

Misner also credits his caregivers with giving him courage.

“The whole care team was so wonderful and positive and full of joy. I trusted Dr. P. completely. It’s funny, he saved my life, but I still can’t pronounce his name. I just call him Good ‘Ol Dr. P!”

Misner’s condition slowly but surely improved and on July 6 he was discharged from the hospital to a skilled nursing facility and later that month he returned home.

It wasn’t long after he went home that Misner and Adrian sat down to a seafood dinner at Red Lobster. They snapped a picture with a big thumbs-up and emailed it to “Dr. P.”

“Our staff had heard about his goal of visiting Red Lobster,” said Dr. Pelletier. “We joked with him about it, but it was so meaningful to receive that picture of him there with his son-in-law, seeing him achieve one of his goals.”

“As a family supporting our brother in his long, hard road to recovery, you always encouraged us with hope even when things seemed so dark. We always appreciated the time you spent with us. You answered every question and were always truthful and so, so supportive. I am so thankful Jon survived and now has an amazing testimony of God’s grace and healing touch,” the letter reads in part.

Misner is back home, but not necessarily back to normal. This ordeal has left him partially blind. He walks with a walker and currently can’t work or drive. But he’s grateful to be alive, happy to be home, and focused on getting stronger.

“Even though there are struggles and it’s hard, I’m here with my family,” said Misner. “There is still so much joy to be had and it’s a gift to be here to experience it with my family.” 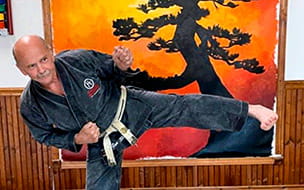 James Stuber had no pulse for 29 minutes after suffering a heart attack, but thanks to the care he received from the UH Harrington Heart & Vascular... 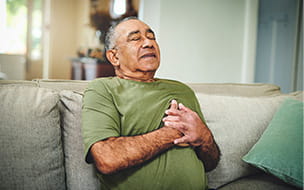