Why Sleep is Essential for Survival 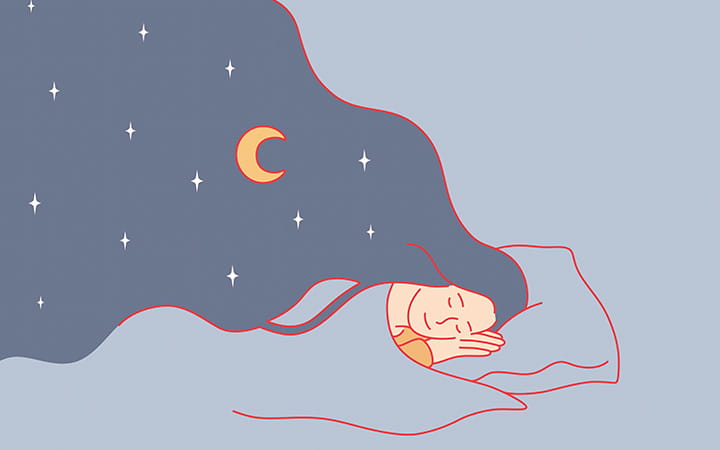 Human beings spend one third or more of their life sleeping. While some people can’t wait to go to bed and love to sleep in when they can, others find it difficult to sleep and can’t wait to get up and moving again. Regardless of our individual sleep preferences, getting enough shut-eye is essential for our health, wellbeing and, quite literally, our survival. But why?

What Happens During Sleep?

Although the physical body is relatively inactive during sleep, particularly during rapid eye movement (REM) sleep, the brain is remarkably busy – restoring, repairing and reenergizing the body. The biological processes that the brain carries out while we sleep, include:

Too little sleep is associated with poor memory, lack of focus, weakened immunity, mood changes and an increased risk for heart disease, including high blood pressure, heart failure and coronary artery disease. It is not known how long a person can live without any sleep because, eventually, the body takes over and forces sleep.

What Are the Different Sleep Stages?

According to the American Sleep Association, we cycle through 5 stages of sleep multiple times during the night, with each cycle lasting 70-120 minutes. The cycles generally repeat about four to five times during a 7- to 9-hour sleep period.

Stage One. You are actively transitioning from awake to asleep. Brain activity slows slightly, but breathing continues at a regular rate and muscle control is still present. This is the lightest stage of sleep and doesn’t last very long - you may twitch or startle occasionally as you transition into stage two.

Stage Two. A slightly deeper sleep that naturally follows stage one. Breathing and heart rate slow down, muscles begin to relax, body temperature decreases and brain waves are less active. Although still considered light sleep, it is more difficult to rouse someone in stage two.

Stage Three. This is a progressively deeper stage of sleep, also called “slow wave sleep” due to the much slower frequency of brain waves, called delta waves. Muscle tone, pulse, and breathing rates decrease as the body relaxes even further. It can be difficult to rouse people in stage three sleep - even very loud noises may not awaken them.

Stage Four. This is the deepest sleep stage. Delta waves remain at a very low frequency, breathing and heart rate are slow and steady, body temperature is lowered, and the muscles are extremely relaxed and flaccid. Stage four sleep is known as the healing stage, when tissue growth and repair is accelerated and several important hormones are released to restore energy. It is very difficult to rouse a person in stage four deep sleep.

Stage Five. This is a unique stage of sleep known as REM, or rapid eye movement sleep. Very different physiologically from other stages of sleep, REM sleep is characterized by faster and more erratic breathing, increased heart rate and blood pressure and brainwave activity resembling that of an awake person. Perhaps the most unique characteristic of REM sleep is the rapid, darting movement of the eyes behind closed lids, the feature for which it is named. Most dreams occur during the REM sleep phase.

During REM sleep, the arms and legs are temporarily paralyzed – meaning they cannot move. Some experts believe that this may have evolved to protect us from physically acting out our dreams and potentially injuring ourselves or others while asleep. A rare exception to this occurs in people with REM Behavioral Disorder – a condition in which people act out their dreams with sudden arm and leg movements. Certain medications may contribute to this sleep disorder, including selective serotonin reuptake inhibitors (SSRIs) like Prozac.

The Purpose of Dreams

Just as everyone sleeps, everyone dreams. From infancy through adulthood and into our senior years, dreaming is an important component of our sleep cycle. In fact, babies and very young children dream for up to 50 percent of the time they spend sleeping. This percentage steadily decreases as we get older, dropping to approximately 20 percent or less by adulthood.

But why do we dream? What purpose does it serve, if any? “The short answer is, we don’t really know,” says behavioral sleep medicine expert and licensed clinical psychologist, Carolyn Ievers-Landis, PhD. “We think the brain creates dreams to consolidate memories, process the events of the day and perhaps do a little bit of emotional work. They may also serve to process more than just recent events – but major life events too,” she adds.

Some Remember. Some Don’t.

Even though we all dream, we don’t all remember our dreams to the same extent. This has more to do with when and how you wake up than anything else.

Where you are in the sleep cycle when you wake up can impact whether a dream is remembered or not. After each REM period of dreaming, we have a brief arousal from sleep. Our level of activity during the previous day may determine how long that arousal period is. If your day was very busy, the arousal period may be so quick that you go right back to sleep with no memory of what you were dreaming. If you had a more restful day, you might wake up and recall the dream you were having in greater detail.

When you allow your body clock to wake you up, without an alarm clock, you’ll naturally wake up immediately after a REM sleep cycle and be more likely to remember what you were dreaming. That memory quickly fades, however. In fact, we lose 90 percent of our dream content almost immediately. Writing down your dreams when you wake up can help you capture as much detail as you can. Reinforcing the dream in your mind might encourage your brain to revisit that storyline the next time you sleep.

Waking up immediately after REM dream sleep also helps you wake up more easily and feel less groggy This is because your brainwaves during REM sleep are similar to when you’re awake. Your brain doesn’t have to go through that transition so you can wake up and feel alert right away.

Dreams We Don’t Want to Remember

“We are more likely to remember dreams that are more emotionally laden or frightening than dreams that are just benign or pleasant,” says Dr. Ievers-Landis. “Some may call them nightmares, but I call them dreams we don’t like,” she adds.

“Often people will wake up after having a scary dream or nightmare and have trouble falling back to sleep. They might not even want to sleep because they are afraid the nightmare will resume, particularly if it is related to a traumatic event, or in the case of combat soldiers, violence they witnessed while at war. This can be very crippling and, if it persists, might qualify as a nightmare disorder,” says Dr. Ievers-Landis.

“There are very effective treatments for nightmares and nightmare disorder,” she adds. “One such treatment is called Imagery Rehearsal Therapy. It’s literally about replacing dreams you don’t want with ones that you prefer. You do this through a type of daytime meditation - thinking about and processing content that you want to dream about. Many times, with practice, that is the imagery that will present itself at night when you dream.”

The sleep experts at University Hospitals offer the most advanced treatments for all types of sleep disorders including insomnia, circadian rhythm disorders and nightmare disorder.

Melatonin supplements may help you get a better night‘s sleep but they aren’t a cure for sleep issues.