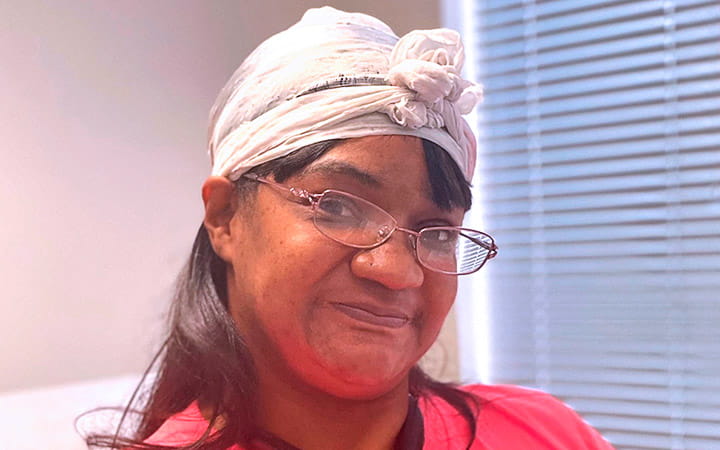 Ruby Egler is the first woman in Cleveland to benefit from an innovative type of hysterectomy that is perfect for women who suffer from exceptionally heavy bleeding due to fibroids.

The mother of four children now in their 20s is frankly feeling fantastic to no longer be dealing with endless menstrual periods. And she’s excited for other women to learn about an alternative to abdominal hysterectomy being done by Rachel Pope, MD, an obstetrician/gynecologist in the University Hospitals Urology Institute with special training in vulvar and vaginal disorders and sexual dysfunction. 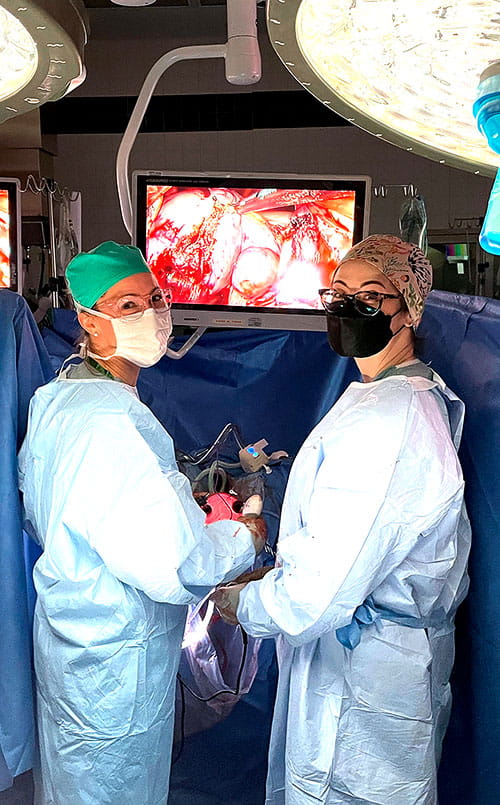 “By using the laparoscopic instruments through the vagina with vNOTES, we were able to complete the procedure vaginally so that she would not require any additional incisions.”

Ruby, 43, works as a cook at a couple downtown restaurants, so she’s on her feet a lot.

She was exhausted by menstrual periods that sometimes went on for multiple weeks. Sanitary napkins and ultra-super tampons would only last a few hours. She would burn through three packs of sanitary pads and more than two boxes of tampons in a single period.

Fibroids distend the uterine muscle and make it harder for the uterus to contract down and slow down bleeding, explains Dr. Pope. Therefore, when a woman with fibroids has a period, she is going to bleed heavier and cramping is usually more painful.

Ruby had seen Dr. Pope for bladder issues that required her to self-catheterize over the past several years. She realized Dr. Pope could help end her suffering from endless periods also.

She underwent a vNotes hysterectomy that left her just a little sore. She spent one night in the hospital and finished recovering at home before returning to work.

“I was so happy the procedure was done,” Ruby said.

Outcomes are similar to a vaginal hysterectomy.

“This is an incredible way to have a vaginal surgery with all of the benefits in speed of recovery, less pain, less blood loss, lower risk of ureteral injury, even if your uterus is slightly larger than what is typically allowable for a vaginal hysterectomy,” Dr. Pope said. “This also means no incisions on your abdomen, which is a great plus.” 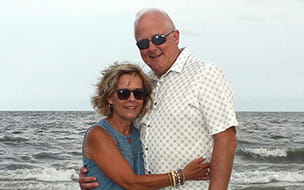 Bob was only in his thirties when he started having pain with urination. He soon realized that medication wasn’t a solution for him. At 60, he made... 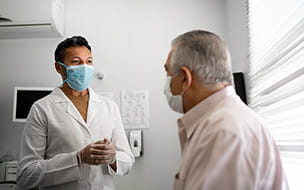