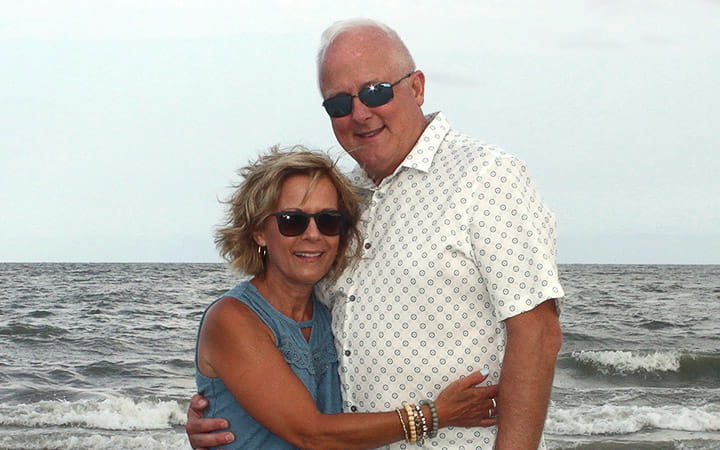 Benign prostatic hyperplasia, commonly referred to as BPH, is a noncancerous condition in which the prostate gland becomes enlarged and presses on the urethra, causing urinary symptoms. It is a very common condition among older men – in fact, more than 50 percent of men over the age of 60 will begin to experience symptoms of BPH such as increased urinary frequency, urgency and/or dribbling.

But Bob K. wasn’t even close to 60 when he first started experiencing urinary symptoms. He was a young man, only in his 30s, when he started having pain with urination and knew something was very wrong. His primary care doctor referred him to a urologist who prescribed medication to help to relax the muscles in the bladder and prostate, allowing urine to flow more freely. Prescription in hand, Bob was sent home.

He soon realized that the medication wasn’t a solution for him. “I’m not someone who likes to take pills anyway, especially if they aren’t working,” he says. “These would work for a while and then symptoms would come back so I quit taking them.”

Bob continued to see his urologist over the years but was never offered any alternate treatments. “The doctor acted like there was nothing else to be done,” he says. Still, Bob’s symptoms continued, including increased urinary frequency, urgency and difficulty starting urination.

“Everywhere I went, I had to know where the bathrooms were. If there was a line, the stress of others waiting would make it difficult or impossible for me to go,” he says.

“I just figured that’s the way it is for me – there’s nothing that can be done.” And that is how he lived for almost 30 years.

Bob was 60 when he met up with a friend at a local restaurant. During the course of their conversation, the topic of their mutual issues with BPH came up. “My friend was bragging about a procedure he had done at University Hospitals by urologist, Irina Jaeger, MD,” says Bob. “He was so thrilled with the results that I was convinced to at least talk to her,” he adds.

Hope for a Better Life Ahead

“My first appointment with Dr. Jaeger put me at ease,” says Bob. “Her professionalism, confidence and humor made me trust her immediately and I began to believe there could be hope.”

Dr. Jaeger discussed several treatment options with Bob but together they decided that an outpatient surgery called HoLEP would be the best treatment for him. “This was the procedure my friend had and he was so enthusiastic about his results, it gave me confidence,” says Bob. “Naturally, I was worried about everything that could go wrong and googled it like crazy but Dr. Jaeger calmed my fears and I decided to go ahead.”

What is the HoLEP Procedure?

Holmium laser enucleation of the prostate (HoLEP) is a safe and highly effective procedure that uses a laser to separate and remove the prostate tissue that is causing urination problems, resulting in improved function and urine flow. It can be used to treat prostates of any size, and offers several other advantages including faster recovery, fewer complications, little impact on the ability to achieve an erection and a lower chance of the need for future surgeries. University Hospitals is currently the only facility in the region to offer HoLEP, and has successfully performed more than 1,000 of these procedures.

Day of Surgery and Beyond

Bob underwent routine pre-operative testing on February 15, 2022 and had the procedure done nine days later on February 24. He went home the same day with a catheter and returned the next day to have it taken out. “My friend had to have the catheter in for three days so that was nice,” said Bob.

After one week of pain medications to deal with the expected post-surgery symptoms such as a burning sensation with urination, Bob reports that his BPH symptoms were resolved immediately after his catheter was removed. “I felt better and better every day as the healing took place. It used to take me five minutes or more to go to the bathroom, now it takes me five seconds,” he states.

Now 61, and symptom-free, Bob will need to see Dr. Jaeger once a year for a checkup but otherwise he needs no follow-up care – it’s a permanent cure.

“I suffered for decades,” he says. “Dr. Jaeger gave me my life and my freedom back.”

Bob has a busy career running an office of 50 insurance agents. He and his wife live in Green, Ohio. They have four children and five grandchildren.

In addition to medical therapies, the experts at University Hospitals Urology Institute offer a variety of minimally invasive, highly effective procedures for the treatment of BPH. Some of the newest therapies include HoLEP, GreenLight and the use of small implants like UroLift®. With these innovative new treatments available, patients don’t have to suffer with the urinary symptoms of an enlarged prostate – our experts can help. 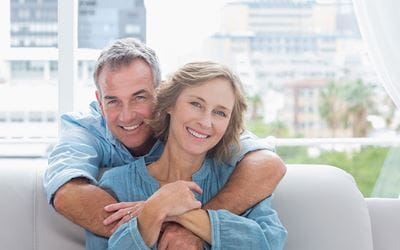 Enlarged Prostate? This Treatment Can Help You Avoid Sexual Side Effects

Medicine can relieve symptoms of an enlarged prostate, but may cause unwanted side effects, such as ejaculation problems and erectile dysfunction.... 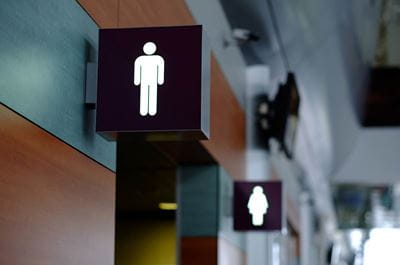 8 Reasons You're Peeing So Much

Most instances of urinary frequency or incontinence don't pose a health risk and can be treated based on the cause and severity.