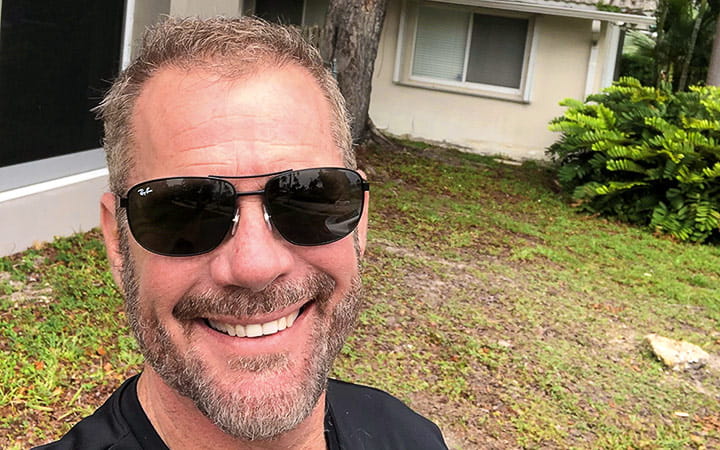 Tony H. was in his early thirties when he began experiencing something new and negative. During sex, he would lose his erection. The more he thought about it, the more it affected him and the more it seemed to happen. He decided to seek the care of a urologist in his home state of Florida.

“After a superficial exam, the urologist said there were no physical issues. He told me my problem was mental, a psychological problem. I didn’t think that was the case, but I didn’t know what else to do or where else to go,” Tony says.

Like millions of men, Tony suffered from erectile dysfunction (ED), the inability to achieve and maintain a firm erection. ED affects about 30 million men in the United States. About 10 percent of men are estimated to experience ED at some point in their lives. In order for a man to get an erection, there must be a message from the brain to the penis, nerves to the penis must work properly, and blood circulation to the penis must be adequate.

As the years passed, Tony’s condition worsened and he attained an erection less often. Doctors suggested that a penile implant with inflatable rods might be a viable option. Although many refer to this as the “gold standard” treatment for ED, Tony didn’t like the idea.

Around this time, Tony discovered he had high blood pressure and pre-diabetes. He turned to a low-carb diet, which he describes as a “complete turnaround” for him. He discontinued certain medications and felt healthier and energized. This gave him even more drive to find a treatment for his ED.

“I was researching vascular procedures and came across Dr. Shishehbor and University Hospitals in Cleveland,” Tony says, referring to UH interventional cardiologist Mehdi Shishehbor, DO, MPH, PhD. “I was skeptical because I had been through some failed procedures in the past and tried anything they threw at me. Nothing to this point had helped, but I had nothing to lose except a letdown in the end.”

Dr. Shishehbor specializes in treating peripheral artery disease and is an expert in addressing blockages in the arteries and veins. His expertise in these areas translates to vasculogenic erectile dysfunction – ED caused by atherosclerosis. In vasculogenic ED, there is plaque in the arteries that lead to the penis.

“Based on diagnostic testing and Tony’s clinical history including previous surgeries, I was very suspicious that he had blood flow issues in his pudendal artery, which supplies blood to the pelvic region,” Dr. Shishehbor says. “Medical imagery confirmed blockages in his pelvic region that we determined could be causing his ED.”

Dr. Shishehbor diagnosed Tony's ED as vasculongenic, and in May 2021, after Tony had lived with ED for 30 years, Dr. Shishehbor performed a percutaneous reconstruction of Tony's right pudendal artery. Using specific angiographic techniques including similar catheters and wires that he uses in other parts of the body, Dr. Shishehbor navigated the small pelvic arteries to address Tony’s issue.

Three to four days later, Tony noticed a positive difference, but was hesitant to claim the procedure a success, thinking it could be the placebo effect. He waited a month and then another before accepting that he no longer had ED.

“It’s improved my quality of life no doubt,” says Tony, who is now 63 years old.

“Erectile dysfunction is many times caused by vascular disease," Dr. Shishehbor says. "To make a correct diagnosis and choose a treatment with a high chance of success, a team of experts in urology, cardiology and primary care should work closely to identify, evaluate, and treat these patients.” 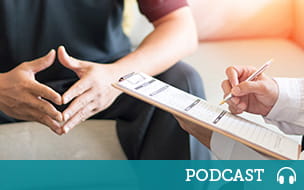 Low Testosterone Therapy: Is It For You?

Low energy, fatigue, slack muscle tone, not sleeping well – these symptoms are common to many men. But could the cause be low testosterone? Learn... There is Help for Age-Related Sexual Dysfunction

Getting older also means increasing the likelihood of encountering problems that put a chill on sex. The good news is there are solutions to many...