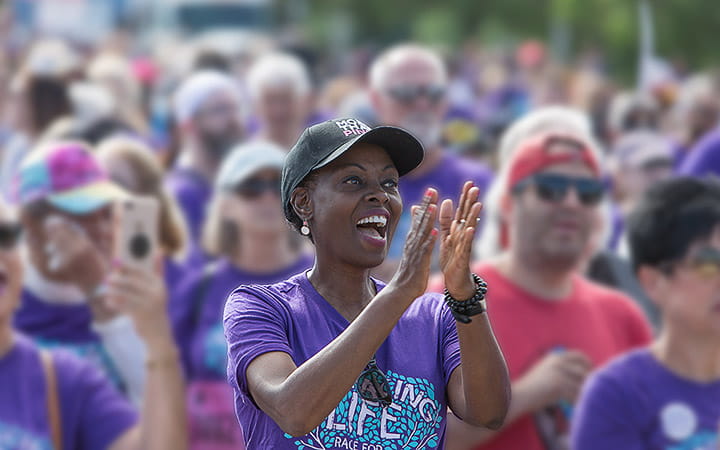 Getting a mammogram every year is a ritual Bernadette Scruggs fulfills during her birth month. She never misses it. At 51, she learned she had cancer – and that she had more courage and strength than she ever knew.

The University Heights woman is adamant about this ritual. Women take time for routine hair and nail appointments and make sure their children and parents get to doctors. Yet less than an hour out of your life can mean the difference between catching cancer early or never knowing what could have been mitigated.

Every year in February, she celebrates her birthday and gets a mammogram at University Hospitals. A ritual since she turned 40, the age at which mammograms are recommended annually by the American Cancer Society, Bernadette has never missed this annual milestone.

Her punctuality helped them catch HER 2-positive breast cancer in Stage 2. Despite her vigilance, she was still floored by the finding. She was immediately put at ease by surgical oncologist Robert Shenk, MD, who sat down across from her, crossed his legs, leaned back in his chair and with a calm demeanor intoned, “How can I help you get through this?”

Not Just Support, But Hope

A mother of two young boys at the time, Bernadette realized she could not forge through this cancer journey alone. She accessed The Gathering Place for services to help her sons and herself, which included healthy cooking classes and free massages. A support group for African-Americans was particularly helpful. She vividly remembers the stirring moment a woman declared she was a 20-year cancer survivor. Bernadette vowed to speak those very same words herself someday. She even participated in a memorable play-writing workshop that resulted in a collaborative performance with multiple survivors called “From Breast Cancer to Broadway,” which was performed at the Cleveland Playhouse, Karamu House and an off-Broadway theater.

“Now I am a better version of myself,” Bernadette says. “I can get through anything. I feel empowered, and that’s been liberating. I live fully in the moment now. That’s a blessing. I really appreciate my moments now and don’t forget to pay attention to the lessons right before me.

Bernadette advises every woman to mark their calendar during their birth month for a mammogram appointment. Early detection is the best cure, she knows. You have a better outcome when cancer can be removed early. And you can’t deny reality. Avoiding cancer screenings doesn’t mean you won’t have cancer, it only means you won’t know about it.

“I get the oil changed in my car every six months, and this is only once a year,” says Bernadette, now 66. “How could I take better care of my car than myself? It’s only one hour out of my life just to make sure I’m OK.” 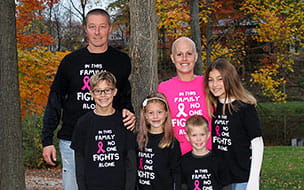 Exactly one year after being diagnosed with breast cancer, teacher Alison Berger is returning to the classroom, a vivid illustration of how well a... 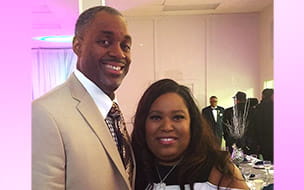 At an appointment for a routine checkup, Levestor Johnson mentioned his throat had been feeling sore and scratchy lately after his doctor asked him...