The Widowhood Effect: Is It Real or a Myth?

We’ve all heard romantic tales of long-time spouses dying within days of each other. They died of a broken heart, we often say.

While a broken heart isn't really a medical condition, the widowhood effect – where the passing of one spouse increases the risk of the remaining spouse dying – has been well-documented.

“The term refers to the increase of mortality rates in the first three to six months after a spouse dies,” says geriatric medicine specialist William Schwab, MD, PhD.

In a 2008 National Institutes of Health study that examined more than 370,000 elderly married couples in the United States, researchers found that within the first three months after one spouse dies, the chance that their partner will also pass is between 30 and 90 percent.

Yet, the reason why the widowhood effect exists is not entirely known.

“One could easily surmise it might have to do with depression, or with medication non-compliance,” Dr. Schwab says. “We know people who are depressed have shorter life spans.”

And sometimes the love between people is so strong, that a death does cause the heart actual physical pain. Takotsubo cardiomyopathy – or stress-induced cardiomyopathy – happens when extreme stress leads to a temporary weakening of the heart.

Because no one is sure of the exact cause of the widowhood effect, it’s hard to make specific recommendations on how to avoid it, Dr. Schwab says.

But social support, in general, has been shown to be beneficial for those who are grieving. If you know someone who has recently lost their spouse, it’s important to reach out to them.

“If you are in town, face to face is the best way of doing it,” Dr. Schwab says.

If possible, you want to try to get your friend or relative out of the house. Even just walking a few laps around the block have been shown to lift moods, Dr. Schwab says.

“You want to provide some stimulation, so they can take their mind off of their grief for a little bit,” he says.

When you're talking with a recent widow, don’t shy away from hard questions.

“Ask how their breathing is doing? Are they having chest pains?” Dr. Schwab says.

Oftentimes, grief can make people forget to take their pills. One way to make sure your loved one is taking medication correctly is to get them a seven-day pill organizer, with four compartments for morning, noon, evening and bedtime. That way, when you come over, you can just glance quickly at the organizer to make sure their medication is in check.

By contrast, “if they're taking medications from a bottle, the only way you’d be able to know if they were taking their medicine would be to do a pill count – which is invasive and sends the message that you don’t think they can take care of themselves,” Dr. Schwab says.

If your friend or family member seems particularly depressed, it’s also important to ask if they are having thoughts of suicide, or if they have ever thought about hurting themselves.

“People feel uncomfortable asking these questions, but they’re important to know,” he says. “People with suicidal ideation tend to respond to treatment, if you can get them through that initial period.”

But just as important is to let your family member or friend grieve and relive old stories with you. It’s healthy for healing.

“Grieving should be allowed to run its course,” Dr. Schwab says. “While initially memories may be painful, over time they turn from sad ones to happy ones.”

You can request an appointment with a geriatrics medicine specialist or any other doctor online. 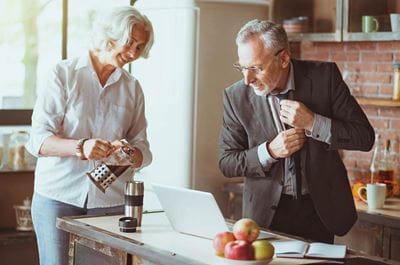 When exactly does one become a "senior citizen?" It might be all in your attitude. Here are tips to help older adults live their best. 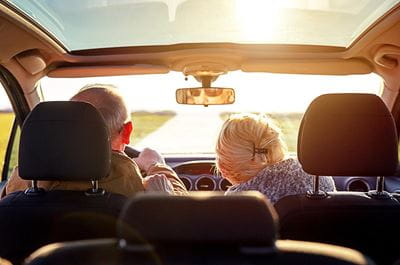 For older adults, travel is good for the body and mind. But older travelers should take extra precautions to safeguard their health before, during...