Living with Dementia: How to Maintain Independence and Function 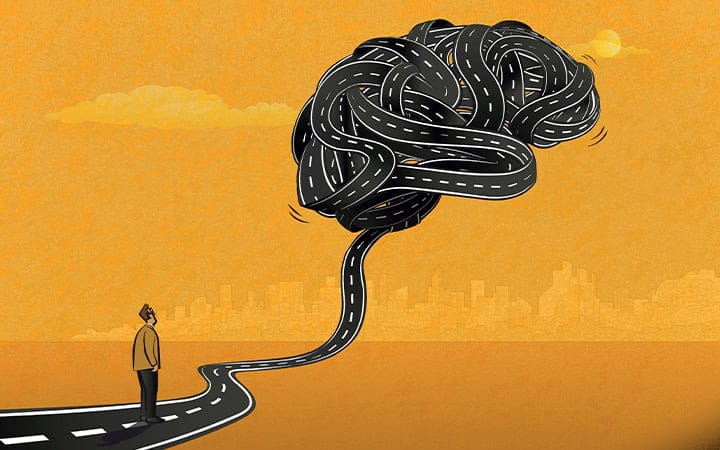 As we age, we may start noticing some mental slips – such as forgetfulness or difficulty focusing – happening more often than usual. While this might be worrisome, it’s a normal part of brain aging and not usually a cause for concern.

But whether you’re experiencing typical age-related memory problems or a more progressive type of dementia, there are things we can do to help slow the advancement of brain aging and maintain our independence.

The first and most common stage of brain aging is age-associated memory impairment (AAMI). Individuals and family members may notice memory problems, but the issue will not show up on tests or scans. AAMI is considered a normal part of brain aging that most people will experience as they get older. It can include problems with recalling memories, especially for recent events, being too distractible, inability to sustain focus, and difficulty with previously routine multitasking.

Mild cognitive impairment (MCI) is the stage between typical brain aging and dementia. MCI can be confirmed by tests and can include problems with memory, language or judgment. People with MCI are at an increased risk for developing dementia, but many do not progress beyond MCI or may even see their symptoms improve over time.

Lastly, the third stage of brain aging is dementia. Dementia is defined as the loss of some previously established cognitive thinking capacity. Unlike the first two stages of brain aging, dementia tends to be progressive, multi-faceted, and debilitating, affecting everyday life. Dementia most notably affects memory, attention, and your ability to organize your actions and thoughts. Dr. Duffy notes that dementia doesn’t make these things impossible, it just may be harder and take longer – so we need to be patient with ourselves or our loved ones.

There are many types of dementia, and they can affect different areas of the brain and different cognitive functions. The main categories of dementias include:

It’s important for patients and family members to take steps to help a person with dementia maintain independence while also making sure they stay safe both at home and when out and about.

“We have to balance our independence with the safety of ourselves and safety of the community,” says Dr. Duffy. “It’s important to always keep that balance in mind.”

Driving. Because dementia can affect your attention and make you more easily distracted, it is important to be extremely cautious about driving. It should only be done under optimal conditions and should be avoided in unsafe conditions such as heavy rain, snow or ice. You may also want to consider being tested or screened to make sure you are able to drive safely.

Fire alarms. Make sure fire alarms are installed in each floor of your home. It is also important to adhere to safety practices when cooking and using appliances to prevent accidental fires.

Walking. Walking with a companion and sticking to well-marked, familiar paths can help you avoid getting lost or disoriented while on a walk.

Firearms. Patient with dementia are strongly encouraged to remove all firearms from their home as it can present a safety risk for themselves and others.

Ways to Keep Your Mind and Body Healthy

Dr. Duffy likes to tell his patients his favorite “four-letter words” for staying active, engaged and independent while living with dementia or other age-related cognitive decline: 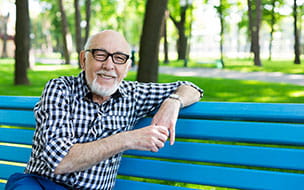 Dementia: What You Can Do To Reduce Your Risk

Fortunately, we know some of the risk factors that increase our chances of mental decline. What to do to maintain your brain. 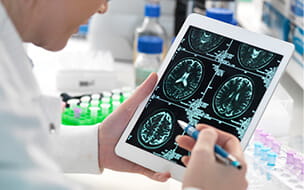 Ongoing Alzheimer’s research is attacking the disease in novel ways, with some early successes that show promise for the future of treating this...