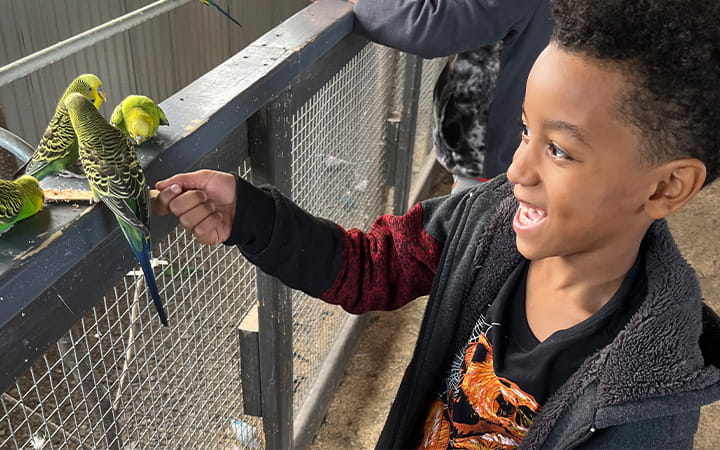 Six-year-old Lenox was an active and animated little boy. So when he jumped out of bed one morning and fell to the floor, his dad thought he was just playing. It wasn’t until two days later when Lenox woke up and couldn’t stand on his own that his parents knew there was something seriously wrong. Lenox was rushed to a nearby emergency department and then quickly transferred to University Hospitals Rainbow Babies & Children’s.

“It was scary,” recalls Lenox’s mother Yadira. “At first, Lenox’s coordination was off and he was a little wobbly on his feet. But soon his arms and legs were completely limp. We couldn’t understand what was happening. It was so fast. ”

Lenox was admitted to UH Rainbow Babies & Children’s pediatric intensive care unit (PICU) where pediatric intensive care experts, neurologists and other specialists rushed to treat him. Within just a few hours of arrival, his symptoms had grown markedly worse. Lenox could no longer sit up by himself and had to be fed by others. He was unable to use his legs. And he began to have trouble breathing. Doctors were preparing to put Lenox on a ventilator when Yadira noticed something unusual.

“I felt helpless watching as Lenox’s condition got worse and worse. We just couldn’t understand what could be causing it,” she says. “It wasn’t until he flopped at a strange angle in his bed that I noticed something at the nape of his neck. It looked like a kernel of corn.”

“Lenox’s medical team had indicated the possibility of a tick-borne illness, and his story illustrates how easily a tick can hide,” explains David Zhang, MD, pediatric infectious disease specialist with UH Rainbow Babies & Children’s Hospital. “Ticks like to find warm, often hidden areas of their host, in this case under the hair.”

Within minutes of the tick’s discovery, UH Rainbow Babies & Children’s staff removed the dog tick, which likely attached itself when Lenox had been playing in tall grasses as well as with the family dog a few days earlier, both of which can increase the risk of contracting a dog tick. Lenox’s condition – called tick paralysis – began to improve immediately.

“We believe tick paralysis is very rare but the condition isn’t tracked nationally,” explains Dr. Zhang. “It occurs when a tick secretes a harmful toxin through the saliva that affects nerve conduction in the host. The disease is characterized by muscle weakness progressing to paralysis.”

Dog ticks are better known for causing Rocky Mountain spotted fever – a bacterial disease that can cause flu-like symptoms in its early stages but can ultimately be fatal without appropriate antibiotic therapy. However, the most common of all tick-borne illnesses is Lyme disease, which presents with a bullseye-looking rash as well as fever, headache and fatigue. Ticks are active in NE Ohio from spring through mid-summer and again in the fall.

“Not all ticks cause disease,” reminds Dr. Zhang. “But tick-borne illnesses are extremely common in Northeast Ohio and can be difficult to diagnose early. Pay attention if you or your child develop symptoms after hiking, camping or outdoor activities.”

Dr. Zhang advises that the best way to prevent tick-borne illness is to avoid tick bites in the first place. Use bug spray with DEET and wear long clothing pre-treated with the pesticide permethrin. In addition, check all family members, and your pets, carefully after being outside.

“If you do find a tick, don’t panic. There is little health risk if a tick is found and removed right away,” says Dr. Zhang.

Instead of scratching off a tick, use clean, fine-tipped tweezers to remove it as close to the skin as possible. And pull upward with steady, even pressure. This helps ensure the mouth is not left behind, which may continue to transmit bacteria. If the tick is engorged or you think it may have been attached for more than 36 hours, bring the tick in a sealed baggie to your physician to see if you qualify for preventative antibiotics against Lyme disease.

Thankfully, once the tick was removed, Lenox’s recovery was swift and he was back home within two days. Today, Lenox has no lasting complications and is back to his playful self.

“The ironic thing is that Lenox loves catching and learning about bugs and draws pictures of them all the time. He kept asking if his tick was ok,” reports Yadira. “We are just so thankful that Lenox is healthy. We had an amazing team at Rainbow Babies and couldn’t be happier with his care.” Tick Diseases Are On the Rise: Here's How to Avoid Them

When heading outdoors to be at one with nature this summer, keep in mind you’re likely to be in the company of ticks. The tick population is... 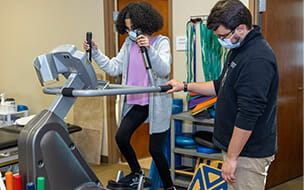 Eliana’s Story: A Cautionary Tale about Long COVID in Kids

14-year-old Eliana Rosario is riding roller coasters this summer. After a bout of troubling symptoms, Eliana was successfully treated at the UH...