Shingles Vaccine: Who Should Get it and When? 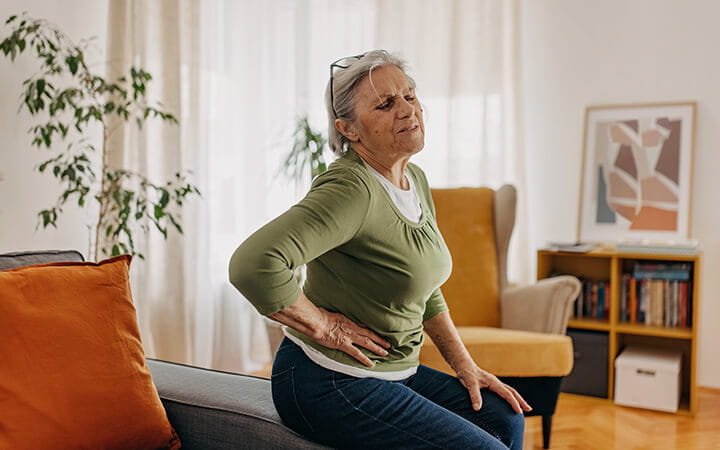 Shingles is a common viral infection that affects approximately 1 in 3 adults in the United States. It can occur in people of any age who were infected with chickenpox (varicella-zoster virus) at any time in their life. Usually a childhood disease, chickenpox typically presents with only mild symptoms which may include an itchy, blistering rash, fatigue and fever. Most children recover without incident or complications.

However, once you have had chickenpox, the virus doesn’t go away. Instead, it lies dormant within the nervous system without causing any symptoms. If the virus is reactivated, years or decades later, the resulting painful, blistery rash is called shingles.

The rash that is associated with shingles will often appear as a single stripe on one side of the torso, but may also occur on the face and/or scalp. The rash is comprised of fluid-filled vesicles and results in itching and burning sensations that can be very painful. Symptoms that may precede the appearance of the rash include fever, headache and tingling of the skin where the rash will appear.

Additional symptoms experienced over the course of the infection may include chills, nausea and diarrhea. “A typical shingles rash will last between 1-2 weeks,” says internal medicine specialist, Ajay Kumar, MD. “If it persists beyond 10-14 days or is recurring, there may be an underlying immune deficiency that should be evaluated,” he adds.

Shingles infection can lead to serious complications, including:

Who is at Risk for Shingles Infection?

Although it can occur at any age, shingles is more common in older adults (50+) and in people with compromised immune systems. In fact, those who are immunocompromised are 1-6 times more prone to infection and have a significantly higher risk of recurrence.

Even people with normal immune systems are at greater risk as they age. Because our immune systems tend to weaken as we get older, by age 50 many people previously infected with chickenpox will have lost the specific immunity they developed after the original infection. When this happens, the virus can “wake up” and trigger shingles. Some experts believe that chronic stress, some medications and certain health conditions may also trigger the virus to reactivate.

In addition, people who have had COVID-19 are at increased risk. “In a recent study, researchers have found that patients over 50 with a history of COVID-19 infection have a 15 percent higher risk of getting shingles,” says Dr. Kumar.

I Received the Chickenpox Vaccine. Can I Still get Shingles?

Chickenpox vaccine became widely available in the United States in 1995 and, since then, most children receive it as part of their routine vaccination schedule.

However, even vaccinated individuals can get chickenpox and subsequently shingles later in life due to waning immunity over time. In fact, research data actually shows that cases of shingles are increasing worldwide even though vaccination rates are also on the rise.

“There are two possible reasons for this,” says Dr. Kumar. “First and foremost, people are living longer and as we age, our immune systems become less effective, leaving us more vulnerable to viral infections like shingles. Secondly, advances in immunosuppressant treatments for certain conditions (cancer, transplant procedures, autoimmune disorders) are artificially suppressing the immune systems in people of all ages, also leaving them vulnerable,” he adds.

Shingrix, the newest shingles vaccine, is more than 90 percent effective in preventing shingles, post herpetic neuralgia (PHN) and other associated complications. It has proven to be more effective than the previously used single-dose vaccine which was only 51 percent effective. A physician order is required but the vaccine itself can be administered at most retail pharmacies.

The vaccine is a two-shot series, with the second shot being given two to six months after the first. Doctors recommend that all adults 50 years and older, without contraindications, receive the vaccine, even if they have had shingles and/or received the previous one-dose vaccine.

Early diagnosis and treatment of shingles is essential to manage symptoms and minimize or prevent the irreversible neurological damage the virus can cause in severe cases.

“The first line of treatment for shingles is antiviral drugs, such as Acyclovir, Valacyclovir and Famciclovir. If medical therapy is started as soon as the rash appears, treatment has been proven to shorten the length of infection and reduce the severity of symptoms. For pain, we often prescribe Gabapentin, which usually works well,” says Dr. Kumar.

The virus that causes shingles can be easily transmitted from person-to-person during the active infection phase. To avoid passing the illness to others, people with shingles should:

Whatever your age or stage of life, prevention is the best medicine. That's why it's important to see your primary care provider for age-appropriate screenings and vaccinations that can prevent disease. Learn more.

Need a primary care provider? Use our easy online tool to find a PCP and book an appointment at a time that is convenient for you. Vaccines are particularly important for older adults. Risks to certain diseases are higher for this age group since it can be more difficult to...