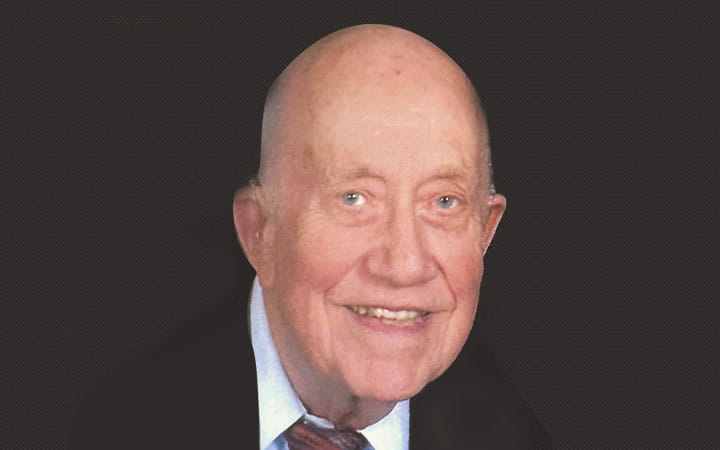 Richard “Dick” Schreck first noticed his hearing loss when he was 50 years old. He was at church when the minister giving the sermon lowered his voice as he was delivering the punchline of a joke. Dick noticed that people around him who were much older than him were laughing – but he hadn’t heard the punchline.

About 10 years later, Dick got his first hearing aids, but his hearing continued to decline over the years. Earlier this year, at the age of 92, Dick made the decision to undergo cochlear implant surgery at University Hospitals. He also was able to have his surgery using local anesthesia and light sedation instead of the far more common general anesthesia. UH is currently the only hospital in Northeast Ohio performing cochlear implant surgery using this method.

After moving from his home in Cleveland Heights to a Willoughby senior living apartment in 2017, Dick began to see University Hospitals audiologist Robin Piper, AUD, CCC-A. He needed hearing aids with a t-coil that would connect with the sound system at his church, as his acuity was no longer handling background noise well enough.

“I have been very happy with the care I have received from Dr. Piper,” says Dick. “She recommended reasonably priced hearing aids that met all of my needs, and they have worked well. Dr. Piper has always had my interests at heart, and I trust her advice.”

As Hearing Worsens, a Decision to Undergo Surgery

Dick knew that he would need a cochlear implant sometime in the future so he attended several meetings of the Great Lakes Cochlear Support Group, which helped him understand what to expect. Then at his January 2022 appointment with Dr. Piper, Dick learned that his hearing had gotten worse; Dr. Piper recommended getting a cochlear implant on his right side.

“Medically, she preferred awake but relaxed, but emphasized that it was my choice,” explained Dick.

The use of local anesthesia is a relatively new technique for cochlear implants. As the best hospital in Ohio for Ear, Nose and Throat and No. 17 in the country (per U.S. News & World Report), UH is one of only a select few centers offering local anesthesia as an option.

While the vast majority of cochlear implants are performed using general anesthesia, there are some cases in which local anesthesia with light sedation are preferred.

Even though she may recommend local anesthesia in some of these cases, Dr. Mowry says the final decision is always up to the patient.

“It is important for patients to buy into the process and feel comfortable with it because they have to be very still for about an hour. The teamwork and communication before and during the surgery is really the key to making it work,” says Mowry.

‘Awake But Relaxed’ During the Procedure

“The drilling was sometimes uncomfortable, of course, but since I was awake, I could say how I felt and report any increased discomfort. I think that was helpful to Dr. Mowry and her team,” he says.

Once the surgery was over, the audiologist tested the implant in the operating room and Dick was able to report what he heard. Overall, Dick say he’s very satisfied with how well the surgery went and with the outcome. He says he liked being awake during the surgery and was thrilled that Dr. Mowry offers this as an option for patients like him.

“I’m very happy with how things were handled, especially with how open, communicative and honest Dr. Mowry was regarding my surgical options.” How to Find a Hearing Aid That's Right for You

If you’re dealing with hearing loss, soon you will be able to buy a hearing aid directly from stores or online, without a prescription or doctor... 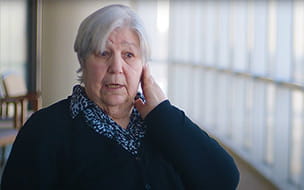 When hearing loss compounded Patricia Clifton’s ability to communicate as she had already been diagnosed with a vocal cord issue., she turned to... 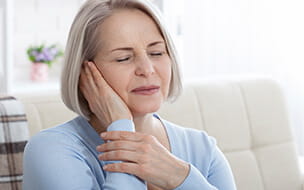 Can COVID-19 Cause Hearing Loss?

COVID-19 infection can affect all parts of the body and lead to a wide range of symptoms. Is hearing loss one of them?