A new analysis of meat consumption puts a new spotlight on health risks. Research involving 1.4 million people found that those who routinely ate red and processed meats had elevated risk of heart disease.

The researchers, from the University of Oxford, analyzed previous studies that followed the health of patients over 30 years.

The association is greatest for consumption of processed meats such as bacon, ham, hot dogs and sausage. Processed meats increased risk by 18 percent. For beef, lamb and pork, the risk rose by half that – or 9 percent. Eating poultry did not increase risk of heart disease, the researchers found.

The findings were based on eating 1.75 ounces of meat per a day. A modest serving is considered 3 ounces, and many people eat much more. Steakhouse servings, for example, can run from 6 ounces to 22 ounces.

“The study reinforces the fact that we need to minimize the amount of red meat because of the heart disease risk,” says Janice Friswold, diabetes education coordinator at the UH Harrington Heart & Vascular Institute. “We recommend less red meat, more chicken, fish and plant-based meals.”

Coronary heart disease is caused by plaque buildup on the artery walls, which restricts blood flow and can lead to heart attack. Coronary disease is the leading cause of death worldwide.

“There might be factors beyond saturated fat that contribute to heart disease, but we need more investigation of that,” Ms. Friswold says. “Clearly we need to watch our saturated fat. Dietary guidelines say saturated fat should make up less than 10 percent of your total daily calories, but only about 23 percent of Americans are doing that.”

Friswold doesn’t push her patients to give up steak and hamburger entirely. But she does urge them to eat red and processed meats less frequently and in modest amounts. Use meat as a side dish more often, rather than the main dish, she says.

“People don’t change overnight,” she says. “Start with one less serving per week. Eat smaller portions. Try ground turkey burger instead of hamburger. Look at the saturated fat content of the food you buy.”

Friswold says when buying red meat, look for lean cuts such as sirloin, tenderloin and round. Leaner cuts have significantly less saturated fat ounce for ounce than fattier cuts. A lean cut of beef should have no more than 4.5 grams of saturated fat per 3.5-ounce serving, according to the U.S. Department of Agriculture. Extra-lean cuts have 2 grams or less.

Also, beware that some plant-based meatless burgers are high in saturated fat from coconut oil, Ms. Friswold says. Some may have as much or more saturated fat than extra-lean ground beef.

UH Harrington Heart & Vascular Institute offers more options for cardiovascular care close to home with multiple locations across Northern Ohio. Ongoing investments in our local facilities ensure our team has the latest tools and therapies available to continue to deliver truly personalized care for patients where and when they need it most. Learn more about heart and vascular services at UH Harrington Heart & Vascular Institute. Does Family History of Heart Disease Put Your Child at Risk Now?

Having a family history of high cholesterol or premature heart disease can put children at risk for developing cardiovascular disease -- even when... 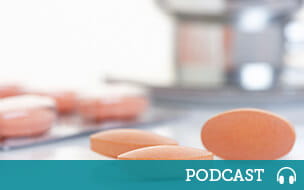 Are Statins Really Worth Taking for High Cholesterol?

Some people are reluctant to take these life-saving drugs for various reasons. What does science have to say about these concerns and others...