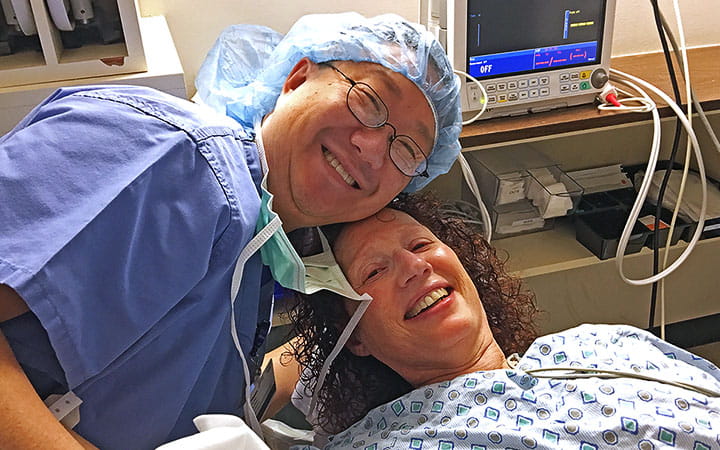 Regular eye examinations are vital to preserving vision. And when your profession depends on your eyesight, this sense becomes even more important. For Janet Century, glaucoma presented a challenge that ultimately led her to Douglas Rhee, MD, Chair of the Department of Ophthalmology and Visual Sciences at University Hospitals.

As much as Janet treasured her eye health and vision personally, her job as a photographer depended on it. Janet enjoyed her career as an editorial, corporate and fine art photographer in her own studio in the Murray Hill Gallery Building for the past 35 years. She worked on assignments for various publications, such as the New York Times and Crain’s Cleveland Business, as well as businesses and nonprofits, such as The Cleveland Foundation and McKinsey & Co., Janet has had showings of her work in various collections, including those at University Hospitals.

When Janet was older and went to get fitted for contact lenses, she was told she had to have an ophthalmologist’s evaluation first. She then discovered she had glaucoma herself.

Glaucoma is often called a “silent” disease because there is no physical pain. In fact, there are no distinguishable symptoms of having glaucoma or the accompanying elevated optical pressure. Without a visit to an ophthalmologist, glaucoma could be missed until the patient experiences vision loss.

When an ophthalmologist at another hospital prescribed eye drops to treat her glaucoma, Janet found the regimen challenging. During the course of the disease Janet was prescribed various drops all with different efficacies and side effects. Later, Janet developed problems when she used them including an allergic reaction. She developed blepharitis, or dry eye, which can often be very uncomfortable and intermittently worsen vision.

Finally, Janet realized that she needed a more consistent and comprehensive treatment plan. She decided to make an appointment with Dr. Rhee at the UH Bolwell Eye Clinic, which was within easy walking distance of her photography studio. Dr. Rhee continued to treat her glaucoma with drops and recommended laser surgery to control the pressure, but the procedure proved ineffective. By that time though, Dr. Rhee was unable to bring down Janet’s eye pressure with only prescription eye drops. Her optic nerve damage and vision loss worsened, which could only be halted through surgery. Dr. Rhee recommended Janet have a trabeculectomy, a surgical procedure used to relieve intraocular pressure in glaucoma patients.

Janet was nervous about the surgery and sought the advice of a Chinese herbal medicine practitioner Dr. L.K. Wong in New York City. Janet let Dr. Rhee know that she decided to pursue this alternative treatment first. “He was doubtful, but he didn’t tell me not to,” Janet says. “He’s a traditional Western medicine ophthalmologist.”

Dr. Rhee agreed to let Janet try Chinese medicine for three or four weeks as she requested, while still scheduling an evaluation and surgery a month out. Janet felt under pressure – with the deadline for surgery less than a month away, she had only three weeks to bring down her ocular pressure significantly through an alternative approach. She rushed to New York City to consult with Dr. Wong. While Chinese medicine usually takes a number of months to work, Janet religiously adhered to drinking the tea she was prescribed. After three weeks, Janet returned to Dr. Rhee for her evaluation. Her ocular pressure had decreased significantly – by seven points – and Janet was as stunned as Dr. Rhee. Janet believes medication would have lowered her pressure by only one to three points. “Dr. Rhee was flabbergasted, you could have heard a pin drop, saying he hadn’t ever seen anything like it in all his years of practice,” she says.

Unfortunately, after two years the Chinese herbal approach could not consistently lower Janet’s ocular pressure and the dramatic decrease couldn’t be sustained. “I asked Dr. Wong if he thought I should have the surgery. He emphatically agreed that I should, saying, ’why not?’ and stated that the Western doctors knew what they were doing,” says Janet, who explained that Dr. Wong also had training in Western medicine.

“My right eye began to have optic nerve damage as well and the only way to reduce the eye pressure was to submit to the surgery offered by Dr. Rhee,” Janet says.

Dr. Rhee operated on both eyes with a two-month period between surgeries. Ultimately, the surgery was a success bringing down her eye pressure between 5 and 7, enough to stop further deterioration.

Even though the trabeculectomy is behind her, Janet says she will always see her UH eye doctors as glaucoma is a forever disease. Furthermore, she says her cataracts were accelerated by the surgery and she also has polar cataracts. “Surgery doesn’t necessarily stay effective for the rest of one’s life,” she admitted. “There are other surgeries that are out there and the ophthalmologists will always have to monitor efficacy of different procedures.”

While Janet was able to delay surgery for her glaucoma for a long time through the use of Chinese herbal medicine, she contemplates that maybe she should have opted for trabeculectomy sooner. Yet, she is grateful that Dr. Rhee was compassionate and respectful of her decision to try Chinese herbal medicine first. Janet says, “It was actually working, and Dr. Rhee and I were overjoyed that it was working – just not enough for my advanced glaucoma condition.”

Janet says glaucoma didn’t impact her photography until her right eye became affected with vision loss as well, which was fairly recent. Nevertheless, she continues to do her work taking pictures and doing digital imaging. With her improved eye health and vision, Janet is currently working on new creative photography projects and organizing her archives.

Throughout the ordeal of glaucoma surgery, Janet continued to treat her blepharitis, or dry eye, with UH optometrist Thomas Stokkermans, OD, PhD, Director of Optometry Service and Co-director of the Dry Eye Center of Excellence at University Hospitals. While it doesn’t sound serious, blepharitis can lead to vision loss. In addition to daily medications, Janet treats her eyes with a heated eyebag and washing her eyelids with baby shampoo and Avenova®. Throughout the day she lubricates her eyes. Due to her cataracts and glaucoma surgery, Janet’s eyes are continually changing and she works with Dr. Stokkermans to adjust her corrective lenses.

Douglas J. Rhee, MD, Chair of the Department of Ophthalmology and Visual Sciences at University Hospitals, said glaucoma has its own specialty because there are so many types of the disease – over 50 in fact. Dr. Rhee said glaucoma can develop at any age – from infancy into advanced age. Additionally, there are different treatments based on the type of glaucoma that is diagnosed. He said Janet had narrow angle glaucoma that is treated with trabeculectomy. To schedule an evaluation with UH Department of Ophthalmology and Visual Sciences, call 1-877-435-3777 or schedule online. 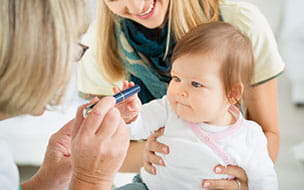 How To Spot Eye Trouble In Your Child

A child with untreated eye problems is at risk for impaired learning and development, so it's important that any signs or symptoms of eye trouble... 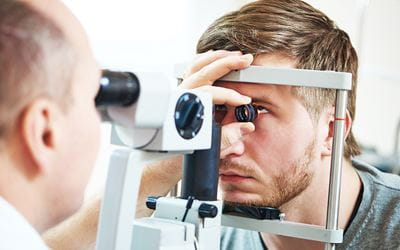 How an Eye Exam Can Save Your Life

If you’ve ever visited an eye doctor, you’re aware of the tests and procedures used to examine your eyes. But did you know that some of these exams...