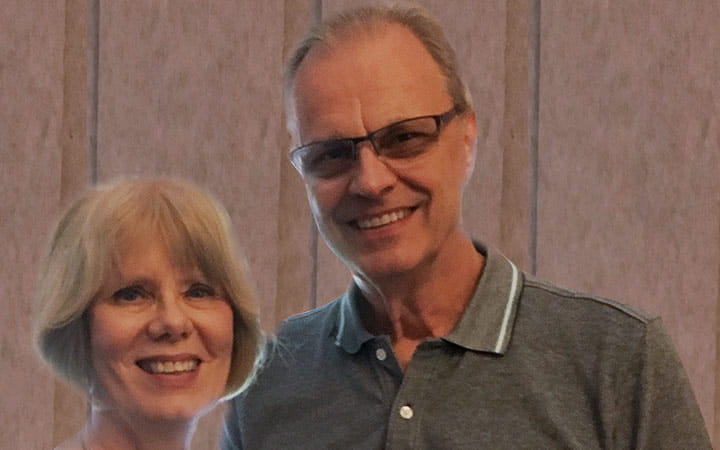 Pat and her husband Jim.

Dr. Resnick confirmed the tumor on her kidney was renal cell carcinoma. Pat underwent surgery to remove the entire kidney and was sent home to recover. Her team remained positive and told her people can live their whole life with just one kidney.

Years later however, she was also told that with a tumor that size, her life expectancy could have been as little as nine months. And yet, Pat’s perspective was, “I can do this. My mantra was to put one foot in front of the other and keep going.” And keep going, she did.

Over the years, the cancer spread to other parts of Pat’s body, including her breast, lungs, pancreas and soft tissue. UH oncologist Matthew Cooney, MD*, became “her new best friend” and guided her renal team. In 2009, when cancer was found in her remaining kidney, the initial plan was to do a partial nephrectomy, but the doctors decided to first prescribe Votrient – an oral chemotherapy medicine – in an attempt to shrink the tumor and allow the mass to be removed while saving the kidney.

It worked. And it worked again in 2016 when another tumor showed up in her breast.

“It doesn’t cure the cancer, but it slows it down,” says Pat, who has been on a maintenance dose of the medication for the last four years.

Throughout this journey, Pat was employed and the cost of her medications was mostly covered by her medical insurance. As she approached retirement age, however, she and her husband began to worry about how they would afford the $12,000 per month price tag for the Votrient.

“When the doctor told me the cost, I was overwhelmed and so disheartened,” she says. “I thought, how will I stay on this medicine?” That’s when her doctor referred her to the UH Specialty Pharmacy.

The pharmacists and pharmacy technicians at UH Specialty Pharmacy provided Pat with, in her words, invaluable support, compassion and financial assistance.

“My first concern, of course, was how to pay for my medications,” she says. “A very kind technician did some research and found a financial grant for which I was eligible and actually filled out all the online paperwork for me while we were on the phone.”

She was approved for the grant funding and today, the cost of her medication is paid for in part by Silver Scripts, a Part D Medicare program, and the grant, which must be renewed every year, covers the balance.

Aside from the financial assistance, Pat appreciates the convenient service the UH Specialty Pharmacy provides.

“Every month they call me when it’s time to refill my prescriptions so I never have to worry about running out,” she says. “The only thing I have to do is tell them when and where to deliver the medications. The whole program really is designed for the convenience of the patient and the staff is so caring and responsive to my needs and concerns.”

Asked what keeps her going, Pat says, “At the risk of sounding really schmaltzy, I’m still vertical. My strength comes from my faith in God and so many prayer warriors in my life. These meds are also what keep me going, and if not for the assistance of the UH Specialty Pharmacy, I would not be able to afford them. I would never have known about the financial assistance available.”

Pat admits that although the Votrient does cause significant fatigue and weakness, she plans to continue taking it “until it doesn’t work any more.”

“From day one, I decided that I wanted to make this journey with dignity and the oral chemo allows me to do that," she says. "And the UH Specialty Pharmacy makes it possible.”

Currently under the care of UH oncologist Prateek Mendiratta, MD, Pat is closely monitored with bloodwork every six weeks and scans every three months to watch for changes in her condition. Although immunotherapy may be an option down the road, for now she relies on the medications that have kept her going for the last 19 years. She also follows a vegetarian diet as recommended by her nephrologist, Priya Kalahasti, MD, to help keep her remaining kidney healthy.

“I envision my remaining kidney as “the little engine that could” and pray every day that it stays healthy,” she says.

*These physicians are no longer with University Hospitals but Pat asked that their names be included in her story because they played such an important role in her journey. 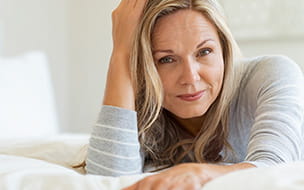 Don't Accept Urinary Incontinence As a 'Normal' Part of Aging

Four out of every 10 women over the age of 50 experience urinary incontinence. But there are a number of options to treat the condition -- with or... 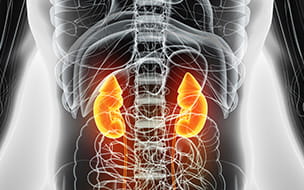 Why Kidney Health is Vital to Your Overall Well-Being

You cannot live without proper renal function, even if the kidneys are assisted artificially. Life would not continue without the many functions...