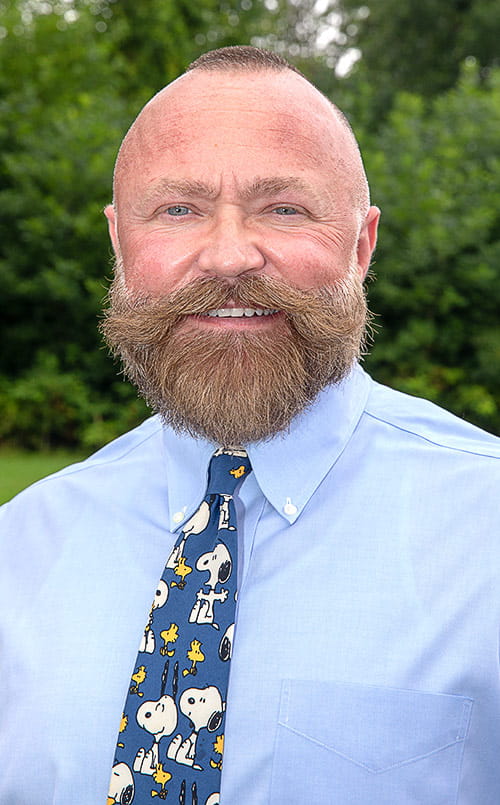 High school senior Morgan Krek was an avid soccer player in her sophomore year when she began experiencing a shooting pain in her leg. The 15-year-old tried stretching and other conservative treatments. But when the pain didn’t go away, she sought help from her pediatrician.

“Morgan had been my patient for years and I knew her well,” says Dieter Sumerauer, MD, a pediatrician with UH Rainbow Pediatric & Adolescent Health Professionals. “Although it’s common for athletes to have occasional aches and pains, this was beyond what was typical. I referred her to a pediatric sports medicine specialist to get to the bottom of the problem.”

Morgan was initially diagnosed with a bone infection, which can be common among young athletes, especially those with a history of injury. But when Morgan didn’t respond to typical treatment, UH Rainbow doctors continued searching for answers. Morgan was eventually diagnosed with a rare type of bone cancer called Ewing’s sarcoma.

“I can’t even describe how it feels to tell your child that she has cancer,” says Morgan’s mom, Sara. “It was like we were in a dream. We didn’t have time to think – we just acted.”

“Although Ewing’s sarcoma is rare, it is very well studied,” Dr. Stearns says. “There is a set protocol for treating this type of cancer with a good success rate.”

Morgan underwent seven months of chemotherapy, which required her to be hospitalized every other week. While receiving chemotherapy, she had 31 rounds of proton radiation under the care of David Mansur, MD, Director of Pediatric and Hematologic Radiation Oncology at UH Rainbow. Throughout the process, Dr. Sumerauer remained connected to her progress and followed her care.

“Treatment was a full-time job. Morgan missed her entire sophomore year of high school,” Sara says. “But the staff at Rainbow was absolutely amazing. They became our family.”

When she was feeling down, Morgan’s care team made efforts to lift her spirits. She became especially close to Diane Riehl, RN, pediatric hematology and oncology nurse, who often brought Morgan special treats. Morgan met weekly with Brianne Roche, NP, nurse practitioner for Dr. Stearns, who sat and talked with Morgan and answered her questions. And UH Rainbow’s child life specialists encouraged her to get involved with younger cancer patients on the floor.

“I would make slime with the kids, or just sit and talk,” Morgan says. “My nurses helped get me through therapy and kept me positive. We still keep in touch to this day.”

Dr. Sumerauer kept in touch with Morgan throughout her treatment. While she was undergoing chemotherapy and dealing with the loss of her hair, Dr. Sumerauer had his head shaved at UH Rainbow’s St. Baldrick’s Foundation event in her honor. He kept it shaved until her treatment was complete.

“She lit up when she saw my bald head,” Dr. Sumerauer says. “Caring for someone is different than providing treatment. I swore my life to take care of children and I believe in what I do.”

When Morgan finally graduated from treatment, Dr. Stearns was there to watch one of her first soccer games. “It was amazing watching her run out on the field,” Dr. Stearns says. “It makes it all worthwhile.”

Today, almost two years after treatment, Morgan is in remission. She continues regular follow-up at the Angie Fowler Adolescent & Young Adult Cancer Institute at UH Rainbow. Although Morgan played soccer her senior year of high school, she now has other ambitions. This fall, Morgan will join the nursing program at Cleveland State University to become a pediatric oncology nurse – a career inspired by the close relationships she formed at UH Rainbow.

“I’m no longer the person I was before diagnosis,” Morgan says. “I’m a survivor and know exactly what kids with cancer are going through. If I can do it, they can do it too.” 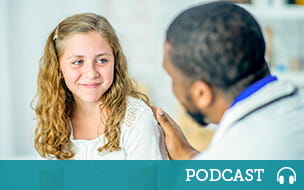 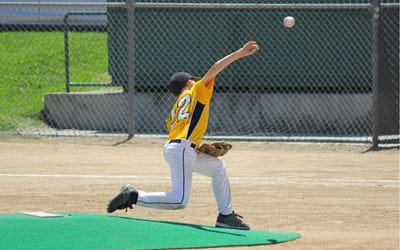 Why Parents Should Track Their Young Athlete's Pitch Count

Most youth baseball coaches are not following established sports medicine guidelines when it comes to counting pitches for their players, according...