Why Lack of Sleep Can Harm a Child's Health When children are young, we tuck them in at night and see them off to school in the morning. As they turn into teenagers, though, it gets harder to track how much time they actually spend asleep. Now a growing body of research shows we need to watch kids’ shuteye at every age.

“The average child needs between 12 and 18 hours of sleep per day during the first year of life,” says UH Rainbow pediatric sleep specialist Carol Rosen, MD.

All this sleep helps a baby’s brain develop. As children grow older, they need fewer hours of sleep: 10 to 12 hours a night for preschoolers, at least nine hours for school-age children and eight to nine hours for teens. But the importance of sleep does not fade.

A study published in the journal Pediatrics found that childhood sleep deficiencies may be linked to future problems, too. Among them: decreases in mental functioning that begin as early as adolescence. Increasing evidence also suggests that poor sleep contributes to major health problems, such as obesity.

Researchers say children’s sleep problems should not be ignored. While parents are often involved in the sleep schedules of young children, they tend to step back in high school. Because sleep is so critical, however, you should stay involved.

First, recognize the signs that your child is not getting enough sleep. According to Dr. Rosen, two key signs are changes in mood and a slide in motivation. Sleepy teens have trouble waking up in the morning, are irritable late in the day, sleep extra long on weekends and/or doze off during the day in school.

Next, understand what is keeping your teen awake. “Many factors may play a role, and some – such as early school start times – you cannot control. But some you can,” Dr. Rosen says.

What You Can Do

Dr. Rosen recommends following these steps to help your child get a good night’s sleep:

Sometimes a sleep disorder is responsible for poor rest. For example, sleep apnea causes pauses in breathing during sleep and leads to daytime tiredness. If you think a sleep disorder may be affecting your child, talk with your pediatrician.

The Rainbow Pediatric Sleep Center offers a variety of online resources for children and parents, including age-appropriate sleeping tips and a step-by-step guide to prepare you and your child for a sleep study. Learn more about the Rainbow sleep medicine team. 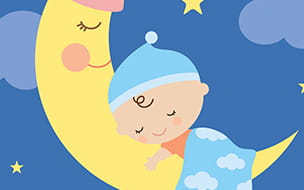 Best Sleep Tips for Babies -- And For New Parents

Whoever coined the phrase “sleep like a baby” probably wasn’t a new parent. But you don’t have to feel like your child is running the show. In... 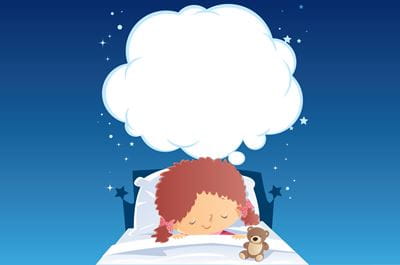 For many kids, summer is a time to enjoy the longer days by staying up later with friends or family. Here are a few tips to make sure your kids get...