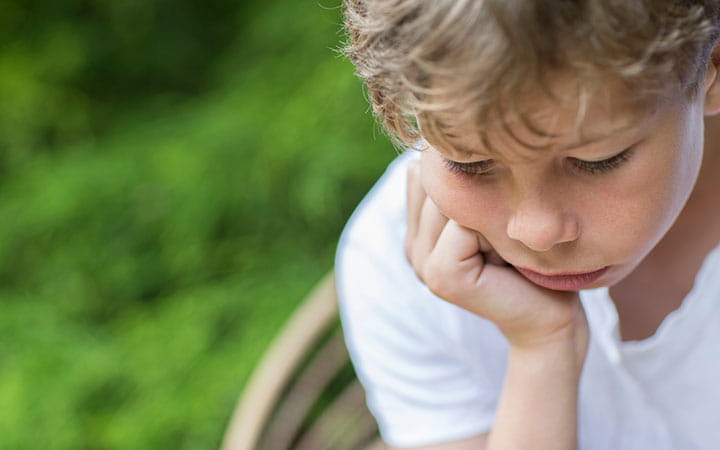 The number of 10- and 11-year-old children being treated for deliberate self-harm and suicide attempts in U.S emergency rooms is rising dramatically, according to a new national study from University Hospitals Rainbow Babies & Children's Hospital.

“It used to be that a child was past puberty, maybe 14 or 15, that before self-harm would become an issue," says Alexandre T. Rotta, MD, Division Chief of Pediatric Critical Care Medicine at UH Rainbow and senior author of the study. “We're seeing that even kids 10 or 11 years of age are coming into the hospital with self-harm."

Dr. Rotta, UH Rainbow pediatric intensive care fellow and lead author Casey McCluskey, MD, MEd, and colleagues analyzed data from the Nationwide Emergency Department Sample database for the years 2008 to 2013, looking to characterize the magnitude of the problem and for any trends in the number of children and adolescents being treated for deliberate self-harm.

“We found a slight decrease in the number of emergency department visits in the usual self-harm group – the 16- to 19-year- old age group over the six-year study period," Dr. Rotta says. “But the 13- to 15-year old group had a 45 percent increase in visits for self-harm. For children 11 to 12 years old, the increase was 94 percent."

“Historically, it was thought that children in this age group could not develop the concept of the finality of death," Dr. Rotta and the researchers wrote in the journal Clinical Pediatrics. “It was believed that due to their concrete operational thinking patterns, this age group could not estimate the lethality or outcomes of their self-destructive acts.

“With more research focus and attention being paid to the pediatric population as a whole with regard to suicide and self-harm, it has been suggested that even children this young can exhibit suicidal behavioral and thinking."

“It's unclear exactly why that's happening," Dr. McCluskey says. “There could be multiple factors. Some have postulated that it's children being exposed to bullying and social media and an inability to handle today's world."

Dr. McCluskey says she hopes the group's findings will give pediatricians and other healthcare providers accurate, up-to-date information about which children could be at risk for self-harm, and help to drive prevention efforts.

“Understanding the population and its characteristics and trends could permit earlier recognition and inform strategies for preventing acts of self-harm," she says.

The group is currently conducting a second study, focusing in a much more detailed way on the incidents of critical self-harm that land a child or teen in the pediatric intensive care unit (ICU).

In some places, it's the third-leading cause of ICU admissions," Dr. Rotta says. “This is something that used to be very far out on our radar screen as intensivists, but now it's front and center. We deal with it every day. Once we have additional data, we'll be able to find patterns that might give ideas as to what would be high-yield propositions on how to address this."

“As emergency physicians and critical care physicians, we see these patients at their worst," he adds. “We make them better, if we can, and then they go on to their recovery.

“It's very important that these patients get connected to services, that they have family support and social support and they have a neutral party to talk to, that they can connect to a psychologist or psychiatrist,” he says.

“Unfortunately, the public school system has no funds to really invest in this. The quiet child who is likely to harm himself or herself can fall through the cracks. Trying to characterize this issue will help us figure out where to allocate resources to best deal with this crisis."

In today’s digital world, kids and teens often sort out their identities online. And some social media platforms have a darker side, often hidden... 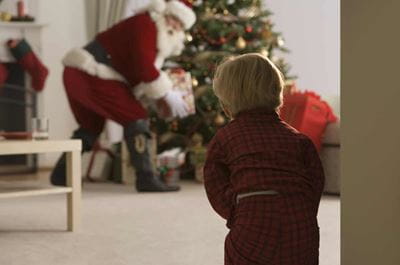 Why Parents Shouldn't Worry About the Santa Claus Myth

Magic and fantasy are normal parts of a child's social and cognitive growth, so parents don't need to stress over the Santa Claus myth.