9 Signs You May Have Sleep Apnea

Sleep problems affect more than your energy level and daytime functioning. Poor sleep can increase the risk of other health conditions, such as heart disease and diabetes.

One of the most common sleep disorders is sleep apnea, which occurs when your breathing starts and stops during sleep. It's a serious health risk, affecting up to 18 million Americans, including children.

“Obstructive sleep apnea is the most common where your airway collapses or becomes obstructed during the night," she says. "Central sleep apnea most often happens in those with heart disease or neurological disorders.”

A number of factors that can increase your risk of developing obstructive sleep apnea, including:

The Most Common Symptoms of Sleep Apnea

The nine most common signs of sleep apnea include:

“The body wants to breathe more than anything else and does whatever it can to make sure your airway doesn’t close,” says Dr. Lance. “That means (people with sleep apnea are) not getting into the very deep stages of sleep where the airway relaxes and can close.”

Sleep apnea is seldom fatal by itself. However, it can increase the risk of high blood pressure, heart attack, stroke, obesity and diabetes. Additionally, it is linked to worsening heart failure and irregular heartbeats. If you have sleep apnea, it can making treating chronic diseases complicated, too.

The best way to know if you have sleep apnea is to undergo a sleep pattern study as part of your initial work-up.

“A doctor should be involved,” Dr. Lance says. “You really don't know the severity of sleep apnea until you test for it.”

How to Treat Sleep Apnea

The gold standard for treating sleep apnea is the continuous positive airway pressure therapy (CPAP) machine. The CPAP includes a mask or other device that fits over your nose or your nose and mouth. A tube connects the mask to the machine’s motor and blows air into the tube. This increases air pressure in your throat so your airway doesn't collapse when you breathe in.

To lessen the severity of sleep apnea, try:

“We are bombarded by social media and other communication outlets about many things, including sleep apnea,” Dr. Lance says. “That's a positive. This has led to many more people coming to us asking about their sleep quality concerns. It has increased medical knowledge and improved treatment and testing.”

University Hospitals' team of pulmonary specialists provides care for even the most complex pulmonary and sleep disorders, including a tightly focused approach for diagnosis, treatment and disease management of many chronic pulmonary conditions. Learn more about the conditions we treat.

The Screening Every Older Adult Should Get

Is there an older adult in your life who you worry about because they live on their own? A geriatric assessment can help you size up the situation... 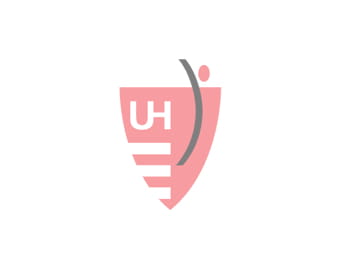 You can generate neurons into adulthood, and these new brain cells can help your learning and memory. Learn about ways you can boost your brain power.