How to Prevent and Treat Car Sickness in Kids 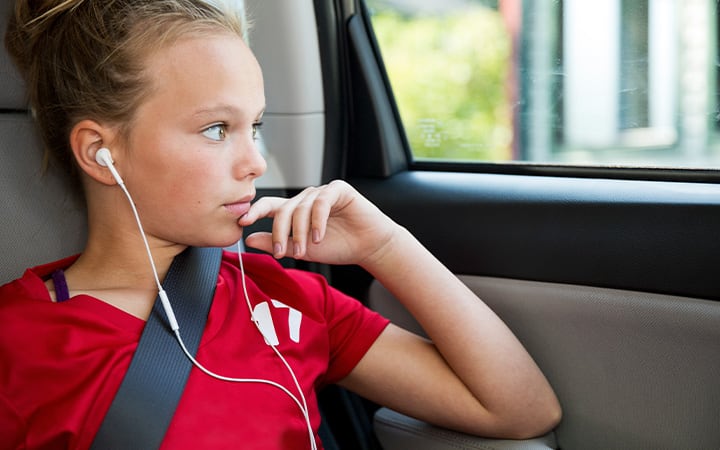 Car sickness is a common problem in young children—but don’t blame it on the car. It’s actually a form of motion sickness, a broader condition in which movement brings on symptoms such as dizziness and nausea. This problem may occur not only in cars, but also on boats, planes, trains and amusement park rides.

Why do some little ones feel sick more easily than others? Douglas Hackenberg, MD at University Hospitals Rainbow Children’s Medical Group, explains that the issue may be due to increased sensitivity in part of the inner ear that plays a key role in balance, as well as the brain receiving signals from eye, ears and other sensations.

“Young children ages 2 to 12 are especially prone to motion sickness,” says Dr. Hackenberg. “If it isn’t managed, it can make traveling stressful for everyone. But by planning ahead, you can usually keep it in check”. He suggests trying these tips:

Many people associate motion sickness with throwing up. But in children younger than age 6, the main symptoms are dizziness and wanting to lie down. Other potential symptoms include unsteady walking, nausea and vomiting.

If symptoms of motion sickness have already begun, offer only sips of water until your child’s tummy settles down. Keep a vomit pan or bag handy, just in case. Encourage rest – your little one may even doze off.

“The good news is that motion sickness usually goes away within four hours after the motion stops,” says Dr. Hackenberg. “If the symptoms last for more than eight hours however, you should call your child’s pediatrician for advice.”

If your child feels dizzy or unsteady, and it doesn’t seem linked to movement, talk with your child’s pediatrician. This may be a sign of something else, such as vertigo (an abnormal spinning sensation) or other issues with the body’s balance system. 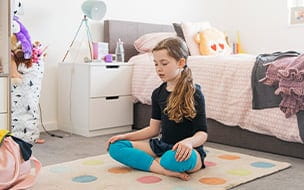 Natural Treatments for IBD in Children

A holistic approach to treating inflammatory bowel disease in kids can include optimizing gut health and therapies such as acupuncture and... 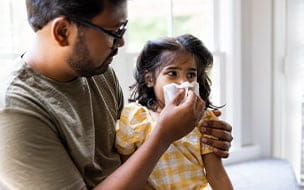 What to Know About RSV and Bronchiolitis

In some cases, RSV infection can spread to the lower respiratory tract, causing pneumonia or a condition known as bronchiolitis.