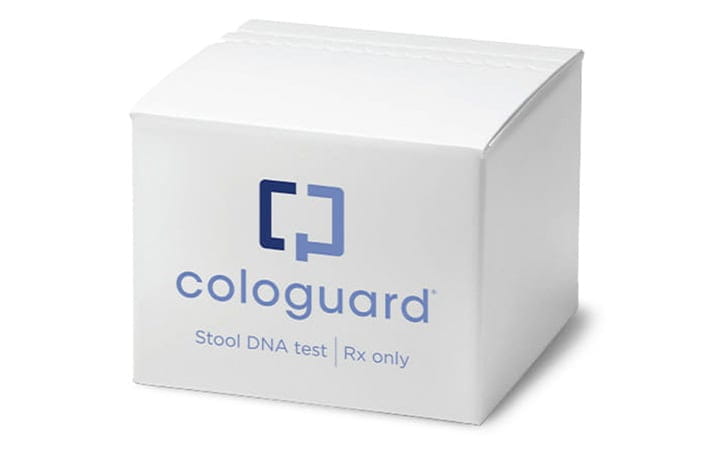 No one looks forward to a colonoscopy. Two at-home tests eliminate the invasiveness and prep of getting a colonoscopy. But are these screenings as effective as colonoscopy in detecting colorectal cancer and precancerous polyps?

Why Is Colorectal Cancer Screening Important?

During a colonoscopy, a doctor passes a camera on a flexible tube into the rectum to view the inside of the colon for precancerous polyps and other abnormalities. Not only is the test invasive, many people find the prep for the procedure to be unpleasant, as it involves taking laxatives and restricting yourself to a liquid diet for an entire day to clear out your system. Yet despite any unpleasantness, colonoscopy remains the gold standard for colorectal cancer screening.

Two noninvasive, at-home screening tests are available as an alternative to a colonoscopy. They require the collection of a stool sample at home to mail to a lab for examination:

“Colonoscopy is the preferred colorectal cancer screening method,” says Gregory Cooper, MD, a gastroenterologist who is Co-Program Leader for Cancer Prevention and Control at UH Seidman Cancer Center and the Case Comprehensive Cancer Center. “Whereas colonoscopy can detect at least 95% of large polyps – the polyps most likely to turn into cancer – Cologuard detects 42% and FIT testing detects 24%. Because polyp removal is so important to colorectal cancer prevention, colonoscopy is superior to the other screening methods.”

Significantly, when polyps are found during a colonoscopy, the doctor removes them during the same procedure, which eliminates the need for additional tests or procedures. In this way, colonoscopy not only detects polyps and colorectal cancer, the procedure can also prevent colorectal cancer from developing in the first place.

In contrast, Cologuard and FIT tests can only detect polyps and colorectal cancer. When these tests indicate the possible presence of polyps or cancer, a colonoscopy must be performed later on to remove the polyps. Yet Cologuard and FIT do not detect the majority of precancerous polyps. Undetected, unremoved, precancerous polyps increase a person’s risk of developing colorectal cancer.

Dr. Cooper says, “Though colonoscopy is the preferred method for colorectal cancer screening, the stool-based tests are useful in certain situations. For example, an at-home test can be appropriate for some patients who are on anticoagulants, as those individuals are at higher risk for experiencing bleeding during colonoscopy. Also, some patients may benefit from an at-home test because they are at higher risk for experiencing complications from the sedation itself.”

Furthermore, due to the required sedation, patients must arrange for their own transportation to and from their colonoscopy. Dr. Cooper says that some patients simply do not have access to a ride and may opt for an at-home screening option for that reason.

Another advantage of Cologuard is that if you get a negative result, you don’t have to get another Cologuard test for three years, whereas FIT tests are typically repeated annually. Furthermore, Cologuard is supported by a navigator system that contacts the patient with reminders for them to complete and send in their test, which makes for better compliance than that seen with FIT testing. 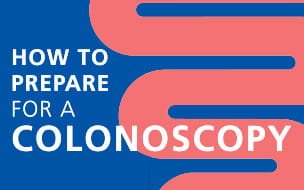 How to Prepare for a Colonoscopy

A colonoscopy is one of the best ways to help prevent and detect colon cancer. Your colon must be empty and clean for a successful procedure.... 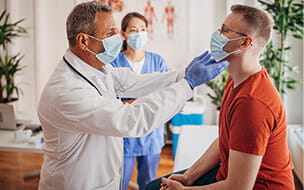 3 Health Screenings You May Not Know About – But Should

Many of us are aware of standard screenings such as a yearly mammogram for women 40 and older or a colonoscopy after age 45. But there are other... Prep: The Most Important Thing You Can Do for Colonoscopy Success

If it’s time for your colonoscopy, it’s time for the prep. Everyone agrees: It’s not the most pleasant thing. But ensuring a good bowel prep is...