Is a Vasectomy Permanent? 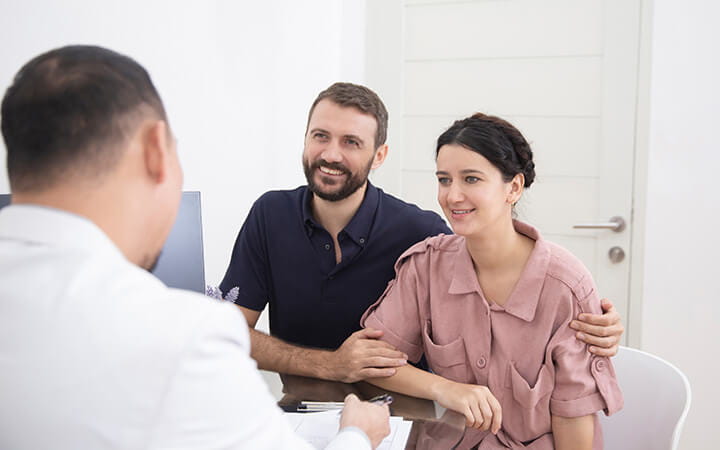 Recently, online searches and appointment requests for vasectomy have seen a bit of an uptick. Usually performed in a doctor’s office, vasectomy is a simple, one-time, male sterilization procedure that involves cutting and sealing the vas deferens, the tubes that carry sperm away from the testicles. Vasectomy is more than 99 percent effective in preventing pregnancy.

The trending interest in vasectomy has led to certain misconceptions about the procedure, specifically about how “permanent” the procedure is and how easily it can be reversed. University Hospitals urologist, Nannan Thirumavalavan, MD, helps set the record straight.

How Permanent Is Vasectomy?

Urologists agree that vasectomy should be considered a permanent form of male sterilization. Dr. Thirumavalavan tells his patients that, ideally, they should be nearly certain that they do not want to have children in the future before getting a vasectomy.

“We can often undo the procedure later on,” says Dr. Thirumavalavan. “But while success rates for vasectomy reversals are generally good, there is no guarantee the reversal will work. That’s why we consider vasectomies permanent.”

How Successful Are Vasectomy Reversals?

Whether due to a change of heart, remarriage or loss of a child, some men end up getting their vasectomies reversed. In fact, annually, 3 to 6 percent of men with vasectomies change their minds at some point and decide to get a reversal.

Vasectomy reversal is performed using one of two methods:

This technique has a greater chance of success than traditional vasectomy reversal surgery. If performed within 10 years of a vasectomy, microsurgical reversal procedures have success rates of well over 90 percent.

“The longer you wait to get a reversal – even a microsurgical one – the lower the rate of success,” cautions Dr. Thirumavalavan.

Because the body continues producing sperm after a vasectomy, sperm can also be extracted directly from the testicles without a reversal, through a procedure called sperm aspiration. The sperm is then injected directly into an egg during in vitro fertilization.

As far as more temporary birth control measures go, Dr. Thirumavalavan advises men looking to do their part in helping to prevent unplanned pregnancies to use condoms and support their partners in the use of effective female contraception methods, including the birth control pill and intrauterine devices.

For men who want to get a vasectomy but feel there is even a slight chance that they will want to have children in the future, Dr. Thirumavalavan strongly recommends sperm banking before they get their vasectomy. Sperm banking is the process of collecting, freezing and storing sperm in a sperm bank.

“By storing your sperm for later use, you can get a vasectomy and still keep the option of having children later on,” says Dr. Thirumavalavan. “Again, I emphasize to my patients that they should not opt to get a vasectomy while planning to get a reversal later. However, if a patient is counseled appropriately and understands the risks, the decision is ultimately theirs.”

The expert urologists at University Hospitals have advanced training and expertise in a wide range of urology services and procedures, including vasectomy and vasectomy reversal. When you choose UH for your procedure, you will receive the highest quality care and compassion throughout the process – from your initial consultation to the procedure itself and throughout the recovery period and follow-up appointments for sperm analysis. Learn more about vasectomy services at UH.

The UH Fertility Center offers sperm banking, in-vitro fertilization and many other fertility-preservation services to our patients, both male and female.