What Are Microplastics and How Can You Reduce Your Risk? 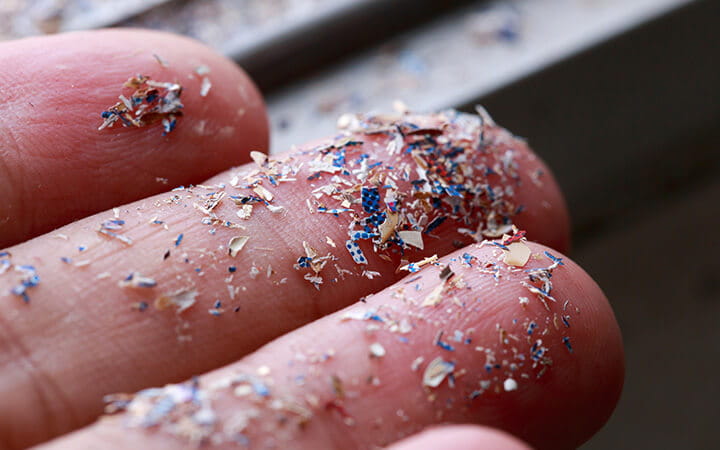 Plastics are all around us, and they’re so durable that nothing in nature can break down the chemical bonds that hold them together. As a result, every plastic item that doesn’t get recycled breaks into smaller and smaller pieces over time. When these pieces get to a size of 0.2 inches or less in length, they are called microplastics.

Microplastics are found nearly everywhere on our planet: in our oceans, freshwater drinking supplies, food supplies and even our air. They can absorb and carry a number of contaminants, including trace metals and some potentially harmful organic chemicals. Many microplastics also contain harmful additives such as BPA and phthalates, which can interfere with fetal development and cause hormone-related cancers.

However, scientists still have yet to determine how harmful microplastics may be to humans. Nevertheless, tiny bits of plastic accumulating in the vital organs of our bodies is almost certainly not a good thing.

Here are some ways you can cut down on your own exposure to microplastics in your daily routine, while also helping to keep them from entering the environment.

Change How You Do Laundry

Here's what you can do:

Bottled water typically contains significantly more microplastics than tap water, due to the packaging, so avoid bottled water when you can. Microplastics can also get into tap water, so consider using a water filter. Both distillation and carbon block filters can filter out 100 percent of known microplastics from drinking water.

The BPA and phthalates added to plastics are more likely to contaminate food when they are heated. This includes plastic takeout boxes, lids, Tupperware, and pre-made, frozen meals that get microwaved in the package. Microwave your food using glass or ceramic containers and dishes instead. Also, avoid washing plastic containers in the dishwasher, as the heated water degrades the plastic, resulting in the release of microplastics.

Just like heated foods in a plastic takeout containers, hot liquids in disposable paper cups release microplastics. The lining in most paper cups is made with HDPE, which is considered a “safe” plastic but has been shown to leak estrogenic chemicals and even heavy metals. Consider bringing your own reusable stainless steel or glass travel mug to your favorite coffee shop. Many cafes offer discounts to customers who bring in travel mugs.

Over time, nearly all plastics eventually break down into microplastics. As a result, cutting down on any plastic you use in your life can decrease your microplastics footprint. For example, in addition to using reusable water bottles and travel mugs for hot drinks, you can use tote bags for groceries and purchase multi-use straws. Also, when possible, shop locally rather than through delivery services such as Amazon that use large amounts of plastics in their packaging operations.

Limit Your Consumption of Seafood

Microplastics in the ocean make their way into many aquatic species, including commercially harvested fish. Evidence shows that microplastics and nanoplastics (plastics that are even smaller than microplastics) can move from the stomachs of fish into their muscle tissue, which is what people typically consume.

Plastics with recycling codes 3, 6 and 7 are more harmful than other types of plastic and are known to contain phthalates, styrene and bisphenols, respectively, unless labeled as “greenware” or “biobased,” in which case they’re considered to be safer. When possible, avoid these plastics, especially when they come into contact with food or water.

Use Loose Leaf Tea Instead of Bagged Tea

Most teabags are made up of about 25-percent plastic. Also, teabags marketed as “paper” are typically glued together with polypropylene – a type of plastic. Consider replacing bagged tea with loose leaf tea and using reusable, refillable linen teabags or tea balls for steeping.

Use Plastic-Free and Microbead-Free Cosmetic and Personal Care Products

In 2015, the U.S. government passed the Microbead-Free Waters Act, which banned the addition of plastic microbeads (tiny rounds piece of plastic 5 millimeters or smaller in diameter) in the production of certain cosmetic and personal care items, including rinse-off cosmetics, lotions and toothpaste. However, some companies have found ways around the rule. To avoid cosmetic and personal care products that contain microbeads, be sure to read the ingredients listed on product labels to see if any plastics are included.

Microplastics from the air can deposit almost anywhere in indoor living spaces. Regular vacuuming and dusting can keep microplastics from accumulating on surfaces and getting into the air to be inhaled by people. Try to use a vacuum with a HEPA filter to ensure that tiny particles of plastic get trapped inside the vacuum.

As cars travel on roads, friction causes tires to break down and release plastic particles into the air, some of which eventually deposit in bodies of water. As a result, car tires are a major source of microplastics. In cities with heavy traffic, tire erosion contributes to clouds of plastic debris and other particles, a phenomenon known as “city dust.” By using public transportation instead of a personal car, you can help limit tire erosion and air pollution. 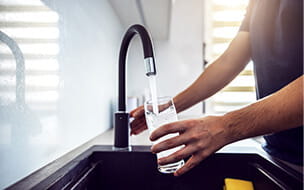 Choosing between tap, filtered or bottled water can be confusing. We take a closer look at all of the options available to you.