Kids who participated in the study with Dr. MacLeish. Charlotte Jaamey is second from right.

When Charlotte Jaamey, 9, met up with six kids at a playground, rock-climbing gym, swimming pool and trampoline park over five days in January 2020, she was geared up to do more than have a great time. She and her new friends, who all have type 1 diabetes, were ready to be among the first kids in the world to put cutting-edge diabetes management technology to the test.

The children were participants in a pivotal trial of the Omnipod® 5 Automated Insulin Delivery System, the world’s first tubeless insulin pump that continuously adapts insulin delivery levels based on blood sugar levels and trends. UH Rainbow Babies & Children’s Hospital was the only children’s hospital in Ohio, and one of 17 institutions around the country, selected as a clinical trial site for this study.

As the children played, rested and enjoyed snacks, physicians and staff from the UH Rainbow Division of Pediatric Endocrinology closely monitored how effectively the Omnipod 5 system regulated their glucose levels, collecting data that would be sent to the U.S. Food and Drug Administration (FDA) for review in the device approval process.

It Started with a Life-Changing Diagnosis

For Charlotte’s mother, Jessica, the trial was a milestone in how far her daughter had come since she was diagnosed with type 1 diabetes in March 2018 at age 6.

Charlotte’s first symptom was extreme thirstiness. “She started getting up in the middle of the night to sneak bottles of water,” Jessica recalls. “When the urinalysis at her pediatrician’s office showed that her glucose levels were at the highest measurable level, we rushed her to UH Rainbow.”

As doctors worked to stabilize Charlotte’s blood sugar, her family got a crash course in type 1 diabetes from multiple experts, including UH Rainbow pediatric endocrinologist Sarah MacLeish, DO.

Charlotte’s pancreas was not producing insulin, a hormone that helps the glucose in the blood be taken up by the cells and used as fuel, Dr. MacLeish says. The elevated blood glucose was causing her perpetual thirst and could result in more serious symptoms and damage to multiple organ systems if left untreated.

It was a lot to take in, but Jessica knew that they were in good hands. “Dr. MacLeish understood how terrified we were, and she was so calm and knowledgeable,” she says. “She made us feel that everything would be okay.”

Adopting and Adapting to New Technology

Over the next few months, the family quickly became familiar with the promise — and the pitfalls — of diabetes management technology. They learned to check Charlotte’s blood sugar with finger pricks, count carbohydrates and administer insulin injections. It was a challenge to adjust insulin dosages to account for Charlotte’s food intake and level of activity during the day. And there was the new worry of making sure her glucose levels didn’t rise too high overnight.

The first game-changing device was a continuous glucose monitor (CGM), which measures the glucose in the fluid just under the skin, with no finger pricks required. A transmitter sends glucose readings to a cell phone every five minutes, showing real-time readings and trends over time.

“Getting the CGM was wonderful,” Jessica says. “I’d been waking up Charlotte at least once every night, usually a couple of times a night, to check her blood sugar. If I had to give her insulin because she was too high or give her juice because she was too low, I would stay up until it was normal. But now I had the assurance that the CGM would send me an alarm if her glucose went too high or too low.”

“After a couple of weeks I felt confident in the system where I no longer set my own alarm to wake up and check her.” she says. “We started sleeping so much better knowing the CGM would alarm us if she was out of range.”

The CGM had other benefits. “Before the CGM, I was also constantly stopping Charlotte during her playtime with friends and activities to check her blood sugar,” Jessica says. “She hated being interrupted and was embarrassed by doing it in front of other kids.”

With the CGM, however, Jessica now had an unobtrusive way to keep an eye on Charlotte’s levels, even while she was at school. Not only did that allow Charlotte more room to just be a kid, it also provided welcome relief from worry for Jessica.

The team at Rainbow Babies has heard the same feedback from many families that have tried CGM. Even as their kids age and begin to manage on their own, the technology allows caregivers to feel a greater sense of control and regain the peace of mind that allows for worry-free rest at night.

The second device Charlotte received was an insulin pump, which freed her from daily insulin injections. Together, the CGM and the pump made it much easier to keep her glucose levels within a target range.

When Dr. MacLeish told Jessica about the Omnipod 5 trial, she immediately realized how unique it was.

The Omnipod 5 has three components:

The Omnipod 5 is a hybrid, closed-loop system, which means that the pod delivers insulin automatically by using the CGM’s real-time data with the algorithm that predicts future insulin needs.

“People with diabetes are constantly making decisions and calculations regarding carbohydrates, exercise and insulin levels,” Dr. MacLeish says. “The Omnipod 5 reduces some of the burden of that decision-making to keep glucose levels within target range. And at night, when the impact of food and activity levels drops, the system helps ensure that glucose levels stay normal.”

The three-month Omnipod 5 trial, which included 112 children ages 6 through 14 from hospitals nationwide, showed that the system helped participants stay in their target glucose range for up to 3.7 additional hours per day. It also decreased the risk of low blood sugar and improved average blood sugar levels overall.

Charlotte immediately took to the system, finding the pump much easier to live with than her previous one, which was connected to her body by long tubing. Jessica also appreciated the system’s convenience, ease of use and safety features. Like most her fellow participants, Charlotte chose to keep using the Omnipod 5 during an extension phase of the trial. The FDA is expected to approve the system later this year.

“We’re extremely grateful that Charlotte was able to participate in this trial, and we’re so thankful for Dr. MacLeish and her amazing team,” Jessica says. “They are so committed to helping kids with type 1 diabetes live the best life they can.”

Treatment and management of diabetes in childhood and adolescence is different from adulthood, so it is important to see a pediatric diabetes specialist experienced in the care of children and adolescents. The Diabetes Center at UH Rainbow Babies & Children's treats all types of diabetes in children, including type 1 and 2 and genetic forms of diabetes. Learn more about the Diabetes Center at UH Rainbow Babies & Children’s. 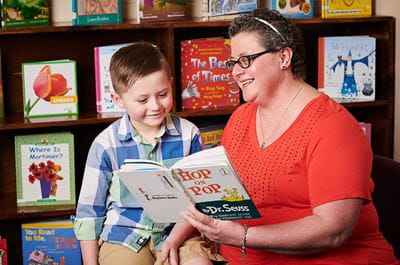 Braydan seemed like he was always thirsty and going to the bathroom often. After checking his blood sugar levels, Braydan was diagnosed with Type 1... 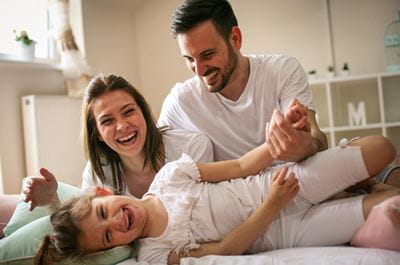 How Lack of Sleep Can Increase Diabetes Risks for Children

Parents are often told how important it is for kids to get ample rest. But one recent study has shown that children who sleep less are not just...