On Jan. 12, 2021, NaSheema Anderson sat down to watch her son, Zaharius, known as Z, play a basketball game with his high school team. It was the first game of the season she was able to see. She could not watch live, because of COVID-19, but one of Z’s friends had offered to livestream the action for NaSheema. She had no idea how significant the game would be.

“Z had just dunked the ball before halftime and then they went into the locker room,” she recalls. “I set my phone on the table to wait, and the friend filming said he’d be right back. Some time went by, but I didn’t really think too much about it. When he came back on the screen, he looked upset. He told me Z had fainted and had a seizure. I grabbed my keys and ran out the door.”

When NaSheema arrived at Shaw High School just a few minutes later, the ambulance drivers met her at the door. “I could see they had a machine doing chest compressions on Z, and I was really scared, but they were all so great with me, trying to take care of me while they tended to Z,” NaSheema says. “They asked me some questions about his health and told me they were taking him to UH Rainbow.”

A Quick Response from Teammates

NaSheema learned from Z’s head basketball coach, Marvin Rashad, that Z had asked to come out of game three times because he felt dehydrated, but went back in after drinking water. As soon as they got into the locker room, Z had passed out. His teammates reacted quickly, calling for Rashad and the team’s athletic trainer, David Silverstein, who began CPR immediately.

Once at the hospital, they took Z directly to a trauma room. “After a few minutes, they told me I could come back and see him,” NaSheema says. “He was on a breathing tube, and I was terrified.” That’s when she learned it wasn’t just a fainting spell. Her 17-year-old son, who had always been active and healthy, had experienced a heart attack.

“When he came into the cardiothoracic intensive care unit, he was in critical condition and was on life support,” says Katherine Slain, DO, Program Director of the Pediatric Critical Care Medicine Fellowship Program at UH Rainbow Babies & Children’s Hospital, and the intensive care physician who treated Z. “We knew he had a heart attack, but at the time, we didn’t know the cause.”

After further testing, the doctors determined Z’s heart attack was caused by a congenital heart defect, called a coronary anomalous artery. It was a condition Z had been born with. “The coronary arteries supply blood to the heart, so if the anatomy of the artery is formed abnormally in some way, it can cause decreased blood flow,” Dr. Slain says. “This is what caused Z’s heart attack.”

She says that often coronary anomalous arteries cause no symptoms, but can become a problem during intense exertion, such as playing basketball or other sports. The condition is the second most common congenital cause of sudden cardiac death among young athletes.

After Z’s collapse and diagnosis, he was in the hospital for about nine days. He underwent heart surgery in mid-February to correct his coronary artery.

Dr. Slain says Z should be able to fully return to sports after the surgery.

Importance of Routine Physicals and CPR

“This type of incident is incredibly rare, but it’s one of reasons all children should have a physical every year before participating in sports,” Dr. Slain says. “And if any child has fainting spells or blackouts, especially during exercise, they should always be evaluated and not resume the sport until the evaluation is complete.”

She also points to the crucial importance of the care Z received before he arrived at the hospital. “What was great in Z’s case is that his symptoms were recognized immediately, someone called 911, and he received CPR right away. That initial recognition was lifesaving. Because of it, we were able to tell his mom within six hours that we knew he would fully recover. And if it hadn’t happened that way, his story might have turned out quite differently.”

NaSheema says she is truly grateful for the fast action of Z’s teammates, coach, trainer, and the ambulance team. “They told me at the hospital that the CPR started by his trainer saved his life,” she says. “I think everyone who has a child in sports should get trained, because you just never know. There are so many other stories that have not ended as well as Z’s. Our experience was traumatic, but it was not tragic.” 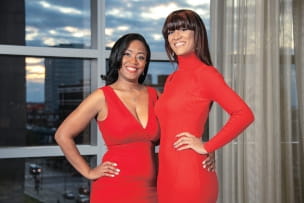