Half of Kids With Severe Asthma May Grow Out of It “Many children who have severe asthma during earlier childhood seem to improve during adolescence,” she says. “We know these patients did well even though their level of controller therapies decreased over time. It’s reassuring to know that decreasing the dose of controller medicines can be safely done with close monitoring.”

Although severe asthma affects approximately 4 percent to 5 percent of children with asthma, it accounts for a disproportionate fraction of the morbidity, mortality and cost of asthma.

For the study, researchers gathered demographic data and data from treatment visits of children with severe asthma over three years, including asthma control, exacerbations, health care use and any change in medications. At each visit during the study, the child’s asthma was characterized as severe or non-severe using criteria established by the American Thoracic Society/European Respiratory Society (ATS/ERS). Researchers also compiled data from physical exams.

At the beginning of the study, 59 percent of the children were characterized as having severe asthma. After three years, only 30 percent of those children met the criteria for severe asthma. The children experienced improvements in most measures of severity, including symptom scores, exacerbations, and controller medication requirements, but not lung function.

“This decrease in asthma severity was not driven by improvement in any one parameter,” Dr. Ross says.

A Predictor of Improvement

One factor did, however, predict patients’ asthma improvement status: eosinophil count. Eosinophils are a type of white blood cell that become active when you have allergic disease, infections and other medical conditions.

Children in the study with a peripheral eosinophil count of greater than 436 cells/ML were 2.75 times more likely to have their severe asthma resolve than were patients with an eosinophil count below that number.

This was not that surprising, Dr. Ross says, given what is known about the differences between severe asthma in the pediatric and adult populations.

“A substantial majority of kids with asthma and with severe asthma have an allergic phenotype,” she says. “They're sensitized, depending on the environment, to things like pets, trees, grasses and so they have a high eosinophil count. Upwards of 80 percent of kids who we enroll in asthma clinical research have evidence of allergy, whereas in adults, that phenotype is less common.”

One surprising finding from the study, Dr. Ross says, was on the variable of gender. Because asthma incidence is greater in boys than in girls, the researchers expected that female participants would be less likely to have resolution of their severe asthma than male participants.

”This hypothesis proved incorrect,” Dr. Ross says. “There was no difference in the probability of severe asthma resolution between male and female participants.”

Dr. Ross and her colleagues across 11 institutions hope to keep following the patients in this longitudinal study, while enrolling new patients.

“We are making every effort to continue to follow these young adults into adulthood to see what happens over time with their asthma,” she says.

In the meantime, Dr. Ross says clinicians treating children and teens with severe asthma can take some reassurance from the results of this study.

“If patients who have had severe asthma during earlier childhood are showing signs of improvement, I think clinicians can be reassured that it is reasonable to try to decrease medication strengths,” she says. “If the history and routine lung function testing suggests they are doing well, it is likely they are in the group of adolescents with resolving severe asthma.” 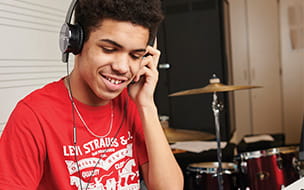 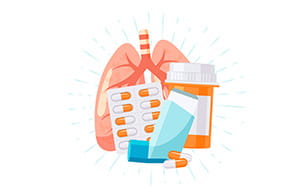 How to create a supportive, nurturing home environment and help your child with asthma live a more healthful life.