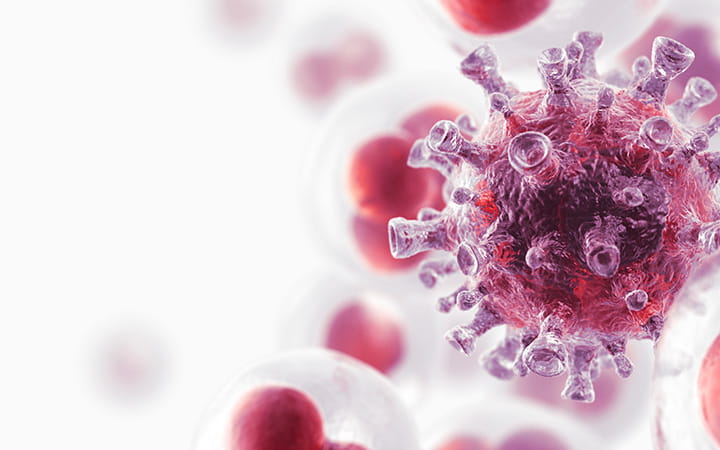 A new clinical trial is looking into validating whether a modified version of the virus that causes polio can impact the survival rates of people with glioblastoma (GBM), a deadly cancer of the brain.

University Hospitals Seidman Cancer Center recently treated its first patient in the clinical trial. UH Seidman is the only site in the U.S. Midwest participating in the trial, which was initiated at Duke Cancer Institute in Durham, NC.

The original study, which ran from 2012 to 2017, was published in New England Journal of Medicine in July 2018. It found that survival rates were significantly higher in glioblastoma patients who received an intratumoral infusion of a modified viral chimera combining the polio and rhinoviruses (PVSRIPO immunotherapy) compared to patients receiving standard treatment at the same institution.

“This trial uses a polio virus modified to specifically target a receptor (CD155) found only on tumor cells,” says Andrew E. Sloan, MD, FAANS, FACS. Dr. Sloan is Director of the Brain Tumor and Neuro-Oncology Center and the Center of Excellence in Translational Neuro-Oncology at UH Seidman Cancer Center and the UH Neurological Institute.

“While it only kills a small number of tumor cells directly, the virus and the immune response it exerts exposes these tumor cells, which have been hiding from the immune system, and creates a significant anti-tumor immune response that takes over and kills the rest of the tumor that the virus has not destroyed,” Dr. Sloan says. “Unlike the native polio virus, the modified virus does not attack neurons.”

The UH patient participating in the trial, a 59-year-old man, had a glioblastoma that recurred after initial surgery and treatment. Following a biopsy to verify progression of the brain tumor, Dr. Sloan placed a catheter into the tumor and the modified attenuated poliovirus was convected through the catheter into the tumor the next morning. Through this process, the poliovirus attacks the tumor, creating an anti-tumor immune response. The man went home the next day.

Traditionally, survival from a GBM is less than a year, and patients typically live less than six months after recurrence. The survival rate among those receiving PVSRIPO immunotherapy was 21 percent at 24 and 36 months – much higher than the 4 percent survival rate among historical controls treated at Duke, according to the 2018 article published in the New England Journal of Medicine.

Researchers at Duke first discovered the poliovirus delivered directly into an intracranial tumor triggered a positive immune reaction, which led to a longer survival rate from the notoriously difficult-to-treat cancer.

“The body has an amazing immunological memory,” Dr. Sloan says. “If you’ve received the polio vaccine as a child, your immune system remembers that polio is a bad thing. The injection of the polio virus jump-starts the immune response, which in turn attacks the cancer.”

In Phase I of the clinical trial, doctors determined the correct dose of the virus to administer while mitigating side effects. In Phase II, researchers will compare outcomes in patients.

“We want to offer this treatment opportunity to patients with recurrent glioblastomas who want to pursue groundbreaking alternatives that may improve their chances of survival from the most challenging of brain cancers,” Dr. Sloan says.

Learn more about this clinical trial. 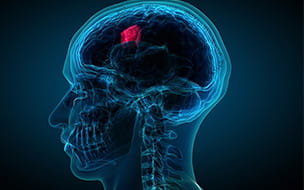 A clinical trial is exploring a new treatment that ultimately may help turn those with a certain type of deadly brain cancer into patients with a...