Why Baby Walkers Can Put Your Child in Danger 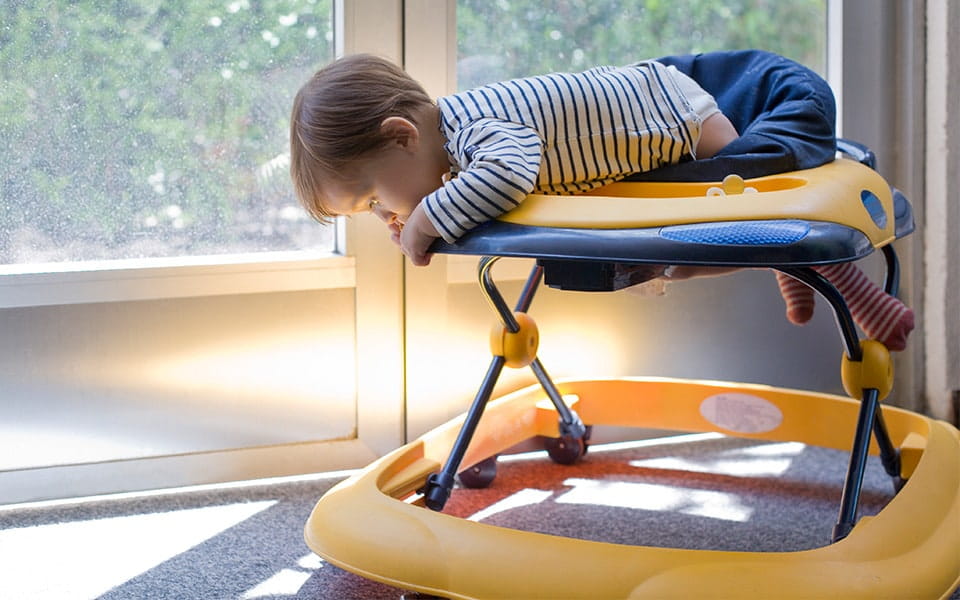 Do you put your baby in a baby walker? These are devices in which a child is suspended, feet touching the ground, in a hammock-like seat surrounded by a wide, hard plastic base on wheels. A baby walker may seem like a safe place that allows an infant who hasn’t learned to walk to get around.

But that increased ability to move can result in serious injury for your child. A baby walker can put your child in dangerous situations by allowing your small child to reach objects he or she might not be able to otherwise, such as a hot oven door, sharp objects, electrical outlets, or household poisons.

“Infant walkers continue to cause serious injuries in young children, and parents should not use them,” says pediatric emergency physician Jerri Rose, MD.

Many U.S. pediatricians have long opposed the use of baby walkers, saying they are unsafe. The American Academy of Pediatrics (AAP) called for banning them in 1992.

Now, a new study that looks at infant walker-related injuries has prompted the AAP to renew its call for a ban. The walkers were banned in Canada in 2004.

The researchers analyzed National Electronic Injury Surveillance System data from 1990 to 2014. Among the study’s findings:

The study did find that the number of baby walker-related injuries fell from nearly 21,000 in 1990 to 3,200 in 2003. The researchers attributed heightened awareness of the dangers of infant walkers as a possible reason. Despite this, thousands of infant-walker related injuries continue to occur in the United States.

Federal safety requirements for baby walkers were strengthened in 2010, and included measures such as installing brakes to prevent stair falls. Despite these measures, injuries to infants and young children from walker use persist. Injuries dropped an additional 23 percent in the four years after the standards took effect compared with the four years prior, the study found.

Not Worth the Safety Risk

Unfortunately, parents may sometimes use baby walkers to occupy young children while they do other things, Dr. Rose says. Dr. Rose did not participate in the study.

“Infant walkers are not safe, however, even when a child is being directly supervised,” she says. “They can move three to four feet per second, fast enough for a young child to topple down the stairs, even under the watchful eye of an adult.”

Many parents mistakenly believe that infant walkers can help their children learn to walk sooner, Dr. Rose says. Studies have shown, however, that walkers do not promote and actually might delay development of the skill, she says. As a safer alternative, Dr. Rose recommends parents using a stationary activity center, which can engage infants without making them mobile and putting them in harm’s way.

The study was published in the journal Pediatrics. 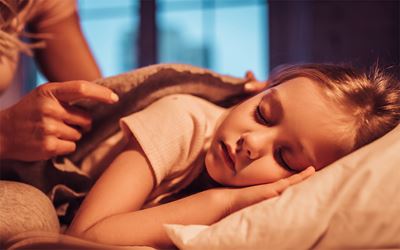 A recent study suggests that children and pre-teens who get less sleep than others their age gain more weight as adults and are at higher risk to... 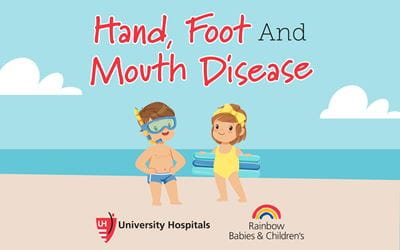 Hand, foot and mouth disease is a common viral illness that primarily affects young children. Learn to recognize the symptoms, how to treat it at...