During practice on October 12, 2017, now 9-year-old figure skater Victoria experienced a devastating injury to the ring finger on her left hand. Another skater's blade sliced through her skin, severing many nerves and tendons. After being cared for at University Hospitals Parma Medical Center's emergency room, Victoria was referred to Kevin Malone, MD, Chief of Hand Surgery at University Hospitals.

“Victoria suffered a severe laceration of both tendons in her left ring finger, the sheath that covers them, as well as the digital nerves,” said Dr. Malone. “The tendons – which work with a gliding motion – enable a person to bend their fingers at the joints." He continued, “This type of injury used to be called ‘No Man’s Land.’ Historically, attempts at surgical outcomes to repair severely lacerated tendons and nerves in the fingers have had poor outcomes. But, as our understanding of the mechanics has increased, so have the outcomes.”

Dr. Malone operated on Victoria in the surgery center at University Hospitals Westlake Health Center just a few days after the accident. After the approximately 45-minute procedure, Victoria’s finger was placed in a cast to immobilize it for four weeks.

“Because of Victoria’s age, we chose to rehab her differently than we do most adults,” said Dr. Malone. “It can be difficult for children to understand movement restrictions and keep their injuries in the best position for healing. In Victoria’s case, we let her tendons heal in a cast for a month and then began rehabilitation with a Certified Hand Therapist, Colleen Davis, OTR/L, CHT.”

“As with any patient, when I first started working with Victoria, I needed to earn her trust and prevent what is called “fear response,” said Colleen. “I fully explained the anatomy and physiology of her injury and used a rubber band as a visual, so that Victoria could understand the motion of her tendons.”

To keep Victoria interested and engaged in her rehabilitation, Colleen utilized innovative techniques such as “mirror therapy.” This reflective illusion “tricks” the brain into thinking that movement has occurred in the injured extremity, with no pain.

Dr. Malone and Colleen concurred that because they often work out of the same location – UH Westlake Health Center – this enables them to be especially collaborative in determining a patient’s care. “Not only is this arrangement convenient for patients, it’s beneficial as well,” they agreed.

Two months post-accident, Victoria was allowed back on the ice by Dr. Malone, while she continued hand therapy for another six weeks. “She is able to bend her finger at both joints again and has nearly 100 percent feeling back in her fingertip,” said Dr. Malone.

Victoria began skating at the age of 6, and has steadily progressed through various levels of competition. Now at age 9, she will represent her home state of Ohio at the 2018 National Showcase in August in Brighton, Michigan.

“When I met Dr. Malone, I trusted him immediately,” said Mary, Victoria’s mother. “I was so scared for my daughter that I began crying in his office, and he was very comforting. He told me that everything would be fine, and he was right.” 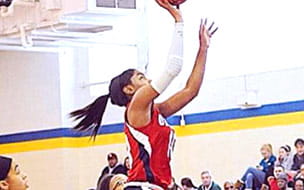 When hip pain interfered with this young athlete’s college basketball hopes, she turned to the sports medicine experts at University Hospitals for... 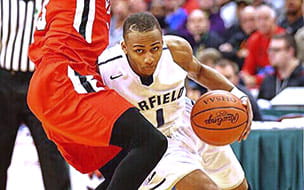 After a friendly basketball game with friends resulted in damage to Kyle’s right hip, he continued to play through the pain. This ultimately led to... 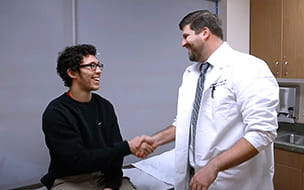 When high school football running back Isaiah suffered a severely torn lateral meniscus, he received care from the same team of doctors that treat...