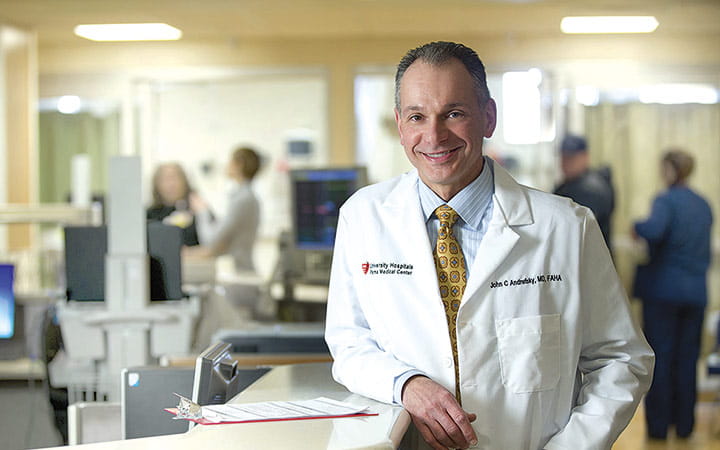 Laurie Duncan was relishing the relaxation of a community chicken barbecue on a crisp autumn day when the dizzying symptoms of a stroke hit. Suddenly lightheaded and weak on her left side, other diners recognized her stumble as a stroke in progress. An Independence squad arrived in minutes and made no hesitation in determining the best local hospital to treat the 75-year-old Hinckley resident: “You’re going to Parma,” paramedics told her.

The ambulance whisked Duncan off to University Hospitals Parma Medical Center, part of University Hospitals Neurological Institute and ranked among the best neurology/neurosurgery programs in the country by U.S. News & World Report. John Andrefsky, MD, Medical Director of Neurology, was waiting on that Sunday afternoon to administer the drug that halted the stroke and reversed its effects. He spared Laurie lingering effects from the brain attack and a trip to another tertiary care center.

“It was like a miracle,” said Laurie, who spent just a few days at UH Parma Medical Center and was discharged in time to attend another Kiwanis event with her husband later that week. Soon, the Hinckley resident and horse enthusiast was riding high again.

“This is a real plus for our patients, and a tangible benefit of their community hospital becoming part of UH,” says Dr. Andrefsky. 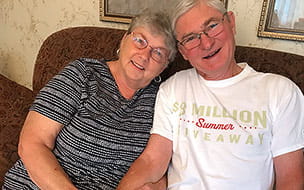 Advanced Stroke Assessment en Route to the ER Helps Patient Get the Care he Needs, Quickly

When Doris Wrentmore suspected her husband was having a stroke, she called 9-1-1. Paramedics began an advanced stroke assessment while en route to...