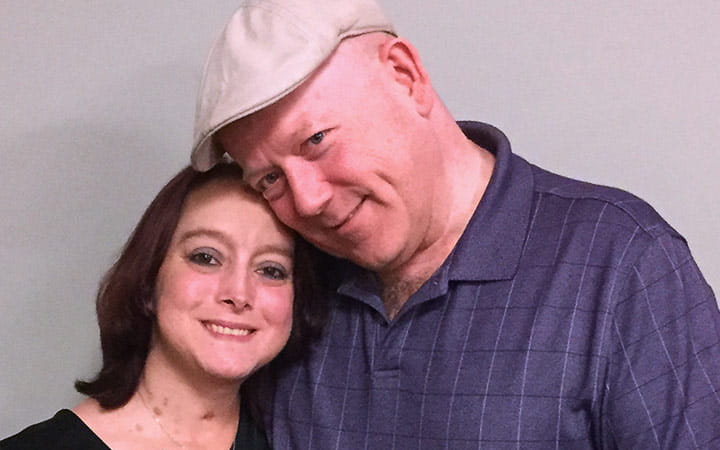 Kara King, 33, of Fostoria, Ohio, was born with cystic fibrosis – a chronic disease that affects every organ in the body. But it wasn’t until 2004 when she gave birth to her son Draven – whom she refers to as a blessing – that the disease began to take its toll. In fact, in February 2017, it nearly killed her. Thankfully, after a double-lung transplant at University Hospitals Cleveland Medical Center, Kara is living a full life today.

Cystic fibrosis (CF) is a genetic disease in which a defective gene causes mucus to build up in the lungs and other organs. This impacts a patient’s ability to breathe, and the mucus traps bacteria that cause endless cycles of infections. Eventually, these infections can result in extensive damage to the lungs and lead to respiratory failure. This is what happened to Kara.

“Kara came to UH about a year ago, and was quite ill,” said Robert Schilz, DO, a specialist in pulmonary critical care with University Hospitals Transplant Institute. “Her pulmonary function tests indicated that her lungs were failing, and when that occurs, unfortunately a lung transplant is the only available treatment. And we didn’t have months to wait.”

Admitted to UH Cleveland Medical Center on February 5, Kara’s lungs were so devastated from cystic fibrosis that she had to be placed on a ventilator – a machine that breathes for the patient.

“Those were tough days,” said Bob Pope, Kara’s fiancé. “She was losing hope, and almost gave up.” Because she was unable to speak while on a ventilator, Kara used a write-on, wipe-off board to communicate. “She wrote that she’d give me one-to-two more weeks and then she was done. She just didn’t want to live that way.”

Kara was in the hospital for more than a month until she received the news that donor lungs matching her needs had become available. There are 7,000 to 8,000 donors each year in the U.S., yet matching an organ to a patient can be difficult due to different blood types and the size of the patient.

“Most donors are average height,” said Dr. Schilz. “Kara is 4 feet, 7 inches tall, which made the challenge of finding matching lungs even greater.”

Kara’s miracle occurred on March 10 when she underwent a successful, seven-hour double-lung transplant at University Hospitals Cleveland Medical Center. Kara was adamant about donating her old lungs to UH for CF research in hopes that they will help scientists discover treatments and, possibly one day, a cure.

Today, Kara’s lung function is six times what it was pre-transplant. She is breathing normally, which is quite an adjustment for someone who lived with the devastating effects of CF for more than 30 years.

“Sometimes I still experience anxiety,” said Kara. “It’s hard to trust my new lungs, so occasionally I’ll wake up in the middle of the night grasping for an oxygen hose that isn’t there.” Though Kara still has cystic fibrosis, the disease won’t attack her new lungs because the gene is not present in the donor lungs.

When asked what she would tell someone who is struggling with CF, Kara stated, “Don’t give up. You have to keep fighting, even when it’s hard. The staff at UH is amazing. Remember that they are here to help you, and you’ll get through it.” 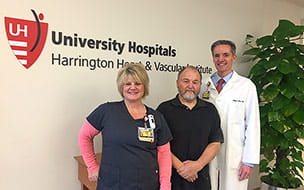 Even though 72-year-old Mike Webster was active and had no symptoms, his daughter encouraged him to have a no-cost cardiac calcium scoring test... 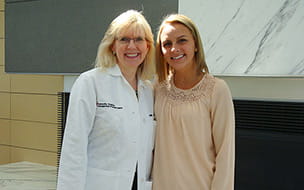 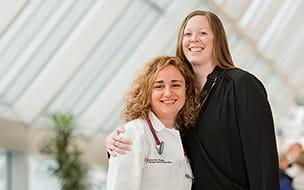 Just seven weeks after her son was born, Megan Roberts experienced chest pain that led to a rare diagnosis and started her on a long and arduous...