E-Cigarettes and Vaping: Are They Safe For Your Teen? 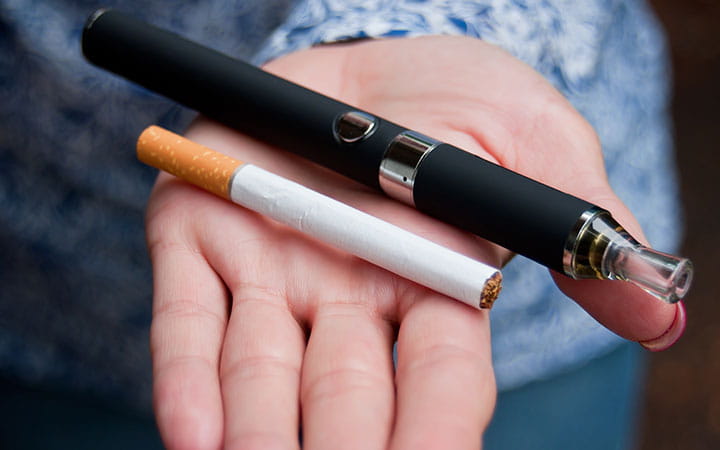 "These devices are designed and marketed to appeal to teens. Unlike traditional tobacco cigarettes, they are often flavored, have no odor, and are easy to hide. This makes them very attractive and easy to use without parents being aware. Parents and teens may erroneously think there is no harm in them," says Kristie Ross, MD, chief of pediatric pulmonology at University Hospitals Rainbow Babies & Children’s.

"E-cigarettes may contain nicotine, active ingredients found in marijuana (THC and CBD), and other chemicals," Dr. Ross says. "While nicotine isn’t carcinogenic, it is highly addictive and impacts brain development. Plus, there are other substances in the cartridge of an e-cigarette – such as propylene glycol, a known irritant – that can harm your child."

What Is an E-Cigarette?

An e-cigarette is made up of three components: a cartridge, atomizer and battery. The liquid mixture, which includes flavorings, nicotine and other chemicals, is inside the cartridge. When you inhale, the atomizer heats up the liquid and allows you to draw in vapor through the mouthpiece. What you exhale isn’t smoke, but we still don’t know if there are any problems associated with breathing second-hand vapors.

Although some physicians see e-cigarettes as a way to wean smokers from cigarettes, that may not apply to teenagers who vape, Dr. Ross says. Consider these statistics:

“The non-smoking battle has gotten tougher for parents,” she says.

How to Talk to Your Kids About E-Cigarettes

It's normal for your children to be curious about e-cigarettes, Dr. Ross says. The way for parents to handle the topic is to talk to your teen about your expectations and concerns about their health, she says.

Be proactive and bring it up when you are discussing other health topics. Children may be hearing from their friends and on social media that vaping is a safe alternative to smoking. They need to hear the truth from parents and other trusted sources.

“If your children come to you about vaping, tell them it's not shown to be safe and can lead to poisoning,” Dr. Ross says. “If they're inhaling it at a party, they may not know what they're smoking.” 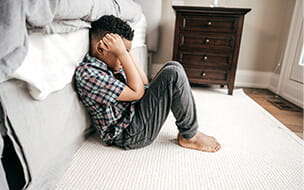 Mental Health Problems for Kids on the Rise with COVID Pandemic

The U.S. surgeon general recently sounded an alarm about a mental health crisis gripping the nation’s children and adolescents. Symptoms of...