On July 1, 2017, Carlos Carrasco became the third Cleveland Indians pitcher in as many days to carry a perfect game into the sixth inning, following Danny Salazar on the previous night – setting a Major League record. Carrasco and Salazar both routinely throw fastballs close to 100 miles per hour.

And they have another thing in common: Both have had Tommy John surgery to reconstruct their injured elbows.

The success of fireballers like Carrasco, Salazar and others have led many reporters, broadcasters and fans to insist that Tommy John surgery can help pitchers to throw even harder than they did before they blew out their elbows.

In fact, a survey done by the New York Yankees head team physician, Dr. Christopher Ahmad, revealed that more than half of the high school athletes responding – and 37 percent of parents – believe Tommy John surgery should be performed even on non-injured pitchers to enhance their future performance.

“The idea that a pitcher can throw faster after Tommy John surgery is a myth that people ask me about all the time,” Dr. Leland says.

The reason for the misperception is that analysts tend to measure a pitcher’s post-surgical pitching velocity against the speed at which they threw near to the day when they injured their ulnar collateral ligament (UCL), Dr. Leland says. The UCL is the ligament that is replaced during Tommy John surgery.

“The problem with that is, although a single painful pop will usually reveal a rupture of the UCL, in most cases the ligament has been wearing down for two or three years leading up to the rupture,” he says. “That wearing down may have diminished the pitcher’s velocity prior to the injury.”

What the Tommy John Surgery Can Do

Although he doesn’t believe Tommy John surgery can increase a pitcher’s velocity, Dr. Leland says the surgery has a good chance of restoring a pitcher’s previous speed.

Dr. Leland co-authored a study, published in the American Journal of Sports Medicine in February 2014, which found no significant difference in pitch velocity between players who underwent Tommy John surgery after a UCL injury and those who were never injured during the same time period.

“As orthopedic surgeons, we are not making pitchers stronger through Tommy John, but we feel that we can make them just as strong as they were,” he says.

Tommy John surgery involves the replacement of a damaged UCL with another tendon – either from the patient’s arm or leg, or from a cadaver, Dr. Leland says. The procedure is named for the first major league pitcher to have the procedure done, in 1974.

A ruptured UCL is one of most common pitcher injuries. Pitchers can reduce the probability of having a serious elbow or shoulder injury by using proper pitching mechanics and by not pitching too long or too often without resting their arms, Dr. Leland says. 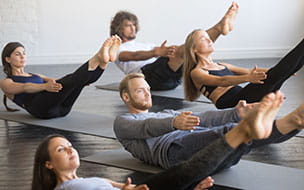 Is your go-to abdominal exercise the crunch? It may not be the best choice to get a flat stomach. Here are four alternatives to get those killer abs. 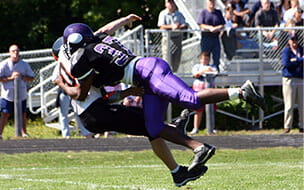 What Parents Need to Know about Concussions

With sports-related concussions, allowing ample recovery time and not returning to play too soon lead to the best outcomes for young athletes.