Spike in Enterovirus Cases in Children: What You Need to Know 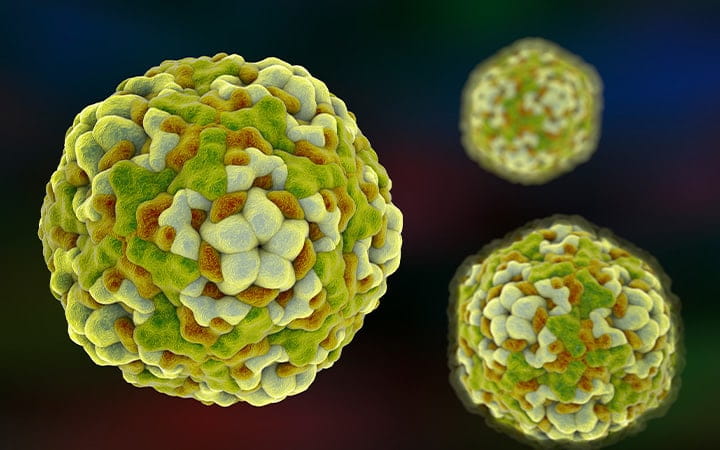 Hospitals and doctors are seeing a spike in respiratory infections in children linked to a virus called enterovirus D68, which typically causes cold-like symptoms but in rare cases is associated with a type of paralysis.

The Centers for Disease Control and Prevention has issued an alert about the rise in respiratory infections leading to hospitalizations.

While enteroviruses are common and circulate every year, enterovirus D68 was first identified in the 1960s and reemerged in 2014, causing a wave of illness among children.

Enterovirus D68 has appeared every two years since -- in late summer / early fall -- except for 2020, when pandemic restrictions curbed infections, Dr. Hoyen says.

Infected children may have cough, fever and nasal congestion. Some also will have wheezing. Children with asthma are at increased risk of developing more serious breathing problems.

“It’s a very rare occurrence,” Dr. Hoyen says. “But there is a small number of children who develop paralysis, more in their limbs than other areas. There may also be issues with facial or eyelid drooping, trouble breathing or swallowing or pain in neck, back or extremities.”

Most of these children recover fully. But there are children who, depending on the severity of the AFM, may be left with some deficits, she says.

A number of children hospitalized with illness linked to enterovirus D68 have also tested positive for rhinovirus, a common cause of colds. Both viruses cause similar symptoms, and the CDC urged medical providers to test specifically for both viruses in cases of serious respiratory illness when the cause isn’t clear.

How to Prevent the Spread of Enterovirus D68

Like other cold viruses, enterovirus D68 spreads mostly through the air from coughing and sneezing, and also spreads through contact with contaminated surfaces.

The CDC recommends these steps to prevent spread of respiratory viruses:

“We all know what to do to keep ourselves and other people safe from respiratory viruses,” Dr. Hoyen says. “A lot of us have become very savvy about infection-control techniques. It’s etiquette we learned over the last few years.”

Dr. Hoyen urges parents to keep symptomatic children home from school, and to have children vaccinated against flu and COVID-19.

“We want to keep people healthy and out of the hospital, as we’re coming into what we think is going to be a normal-to-heavy flu season, with a potential for COVID-19 resurgence on top of that.” 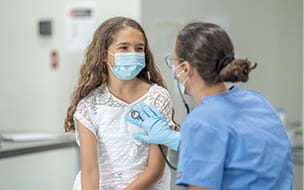 Are you or your kids stressed about starting a new school year? Here’s how you can help prepare your child for the year ahead. 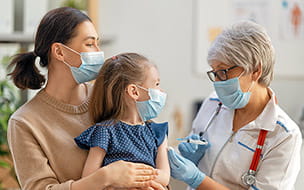 The volume of misinformation about COVID-19 vaccines on the internet and elsewhere is fueling doubts and scaring parents.