Chris Longenecker, MD, was certain of two things as a young man – that medicine was his calling, and that his career would involve global or public health.

That was a key reason he was drawn to Eastern Mennonite University in Virginia for his undergraduate years, as the school was once known for having a high percentage of its students study in a foreign county. Dr. Longenecker spent one of his college years at the University of Nancy, earning a diploma in advanced French, the language spoken in West Africa where he thought he might work one day.

He had grown up in the small city of Bellefontaine, Ohio, where his father Randy was a family medicine practitioner. Chris Longenecker though was eventually drawn to cardiology, and today he is a UH cardiologist whose primary interest is in addressing the cardiovascular health needs of people living with HIV. He is the director of the Research & Innovation Center at the UH Hospitals Harrington Heart & Vascular Institute and Associate Professor of Medicine, Case Western Reserve University School of Medicine.

It was a visit to Swaziland in 2003, when he was a first-year medical student at The Ohio State University School of Medicine, that put him on that path. It was there that he witnessed the devastating public health impact of HIV on that country. At the time, in some antenatal clinics in Swaziland, 40% of women were HIV positive.

“It was the height of the AIDS epidemic there - President Bush had just announced AIDS relief at his State of the Union speech,” he says. “Obviously the funding wasn’t available yet, but in the next 5 to 10 years many people throughout Africa were put on antiretroviral meds and the prognosis now is much better than it was when I was there.”

After returning to OSU, Dr. Longenecker developed a special interest in cardiovascular physiology. While attending an educational session which discussed early work on the relationship between HIV and heart disease, he realized the two interests he is most passionate about could successfully be combined into a clinical and research career.

Dr. Longenecker says he chose to join UH because of the strength of its cardiology and infectious disease training programs, and because of UH’s strong ties to Uganda. The Division of Infectious Diseases has had research and educational collaborations with Mulago Hospital and Markerere University in Uganda for more than 30 years. The Uganda connection allowed Dr. Longenecker to continue to pursue his interest in addressing cardiovascular care for patients with HIV in low-resource environments.

But just as important was the influence of two of his mentors when he trained here. One was Dan Simon, MD, then Chief of Cardiology who is now the president of UH Cleveland Medical Center and Grace McComsey, MD, UH GMEF '97.

“I went to San Francisco after graduating from Ohio State for the opportunity to study HIV and cardiology,” says Dr. Longenecker of his time as a resident at the University of California, San Francisco. “Then I came to Cleveland and Case (Western Reserve University School of Medicine) because of the HIV group here and because of Dan Simon’s support of my vision to study cardiovascular disease in people with HIV.

“I have established a one-of-a-kind cardiology clinic for people with HIV where I see patients together with their HIV providers and staff at the UH Special Immunology Unit,” he says. “People with HIV face unique challenges with cardiovascular disease treatment and prevention.  Many thought they would die of AIDS. Now that they are living longer, they need to think differently about how to prevent chronic diseases of aging like heart disease.”

He recalls that some people were puzzled when he said that as a physician, he wanted to combine cardiovascular medicine and HIV.
“But Dr. Simon was then the chief of cardiology here, and it was his support that convinced me to stay,” he says. “Also, Dr. Grace McComsey was and remains an important mentor.”

Dr. McComsey is the UH Vice President of Research, the Associate Chief Scientific Officer, and Director of UH Clinical Research Center.
“From 2014 to 2020 I had a NIH career development award under her mentorship. If you want to be successful in academic medicine you have to have a strong vision in how you are going to launch your funding,” says Dr. Longenecker. “We had that.”

He believes that through effective health care delivery, cardiovascular prevention among patients with HIV can be as effective, or more effective, than among the population as a whole. He is continuing to devote his career to developing and implementing highly-effective prevention strategies such as comprehensive, multidisciplinary, cardiovascular risk reduction efforts in ambulatory settings.

Dr. Longenecker is currently the principal investigator of two large grants from the NHLBI—a U01-funded project titled “A Nurse-Led Intervention to Extend the HIV Treatment Cascade for Cardiovascular Disease Prevention (EXTRA-CVD)” and a UG3/UH3 clinical trial award “PULESA-Uganda: Strengthening the Blood Pressure Care and Treatment cascade for Ugandans living with HIV-Implementation Strategies to Save lives.”

These projects are testing implementation strategies to improve cardiovascular prevention practices in HIV care in the U.S. and Africa. It has been known for a couple of decades that people living with HIV are at higher risk for heart disease and stroke – the reasons are complex and are related to various risk factors, the use of antiretroviral drugs, and most likely the chronic inflammation associated with the disease.

“My time at UH has been very productive,” Dr. Longenecker says. “Together, we have accomplished a lot to move the science of CVD prevention forward for people with HIV and to blaze a trail in the new field of global health cardiology. The COVID-19 pandemic has proven how interconnected our world is, and so our work to improve cardiovascular health for people all over the world will only become more important in the coming years.”

Dr. Longenecker resides just outside of Cleveland with his wife and two young daughters, ages 3 and seven. When not enjoying time with his family, he enjoys his spare time biking and swimming and is an avid Peloton enthusiast. He also loves to cook which is something he picked up during the year he studied in Nancy, France. His twitter handle is @hivcardiodoc. 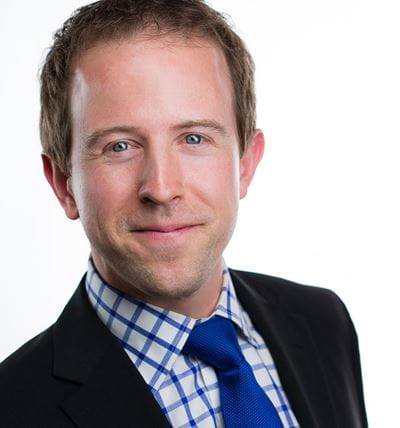 HIV and Cardiovascular Disease Does It Manifest Differently in Sub:Saharan Africa?

UH researcher reports on first study in this population to use calcium scoring, will probe role of latent TB infection Innovations in...