Growing up in war-torn Sierra Leone, infectious diseases were so prevalent that George Yendewa, MD, MPH, did not even realize that people died of causes beyond malaria, tuberculosis and HIV.

Cancer? Heart disease? It seemed no one lived long enough to succumb to these maladies that beset people in wealthier nations. Life expectancy is only 55 years in this African country. In 1980, it was 40.

“The health care infrastructure is very, very fragile on the back of a poor economy,” said George Yendewa, MD, MPH & TM, FACP, attending physician in the Division of Infectious Diseases at UH Cleveland Medical Center. “I remember being fascinated by infectious diseases. I wanted to study these diseases to help the most vulnerable populations – children, pregnant women, fishermen, the homeless or incarcerated.”

The Sierra Leone native attended medical school in Prague and came to the United States for a Master of Public Health degree from Tulane University in New Orleans. While working on his internal medicine residency in New York, he became familiar with the ground-breaking work of Robert Salata, MD, Chairman of the Department of Medicine at University Hospitals and Program Director of the Roe Green Center for Travel Medicine & Global Health. In 2015, he was drawn to the Infectious Diseases fellowship at UH, which was known for a strong focus on global health, and the opportunities at Case Western Reserve University, including working in West Africa. 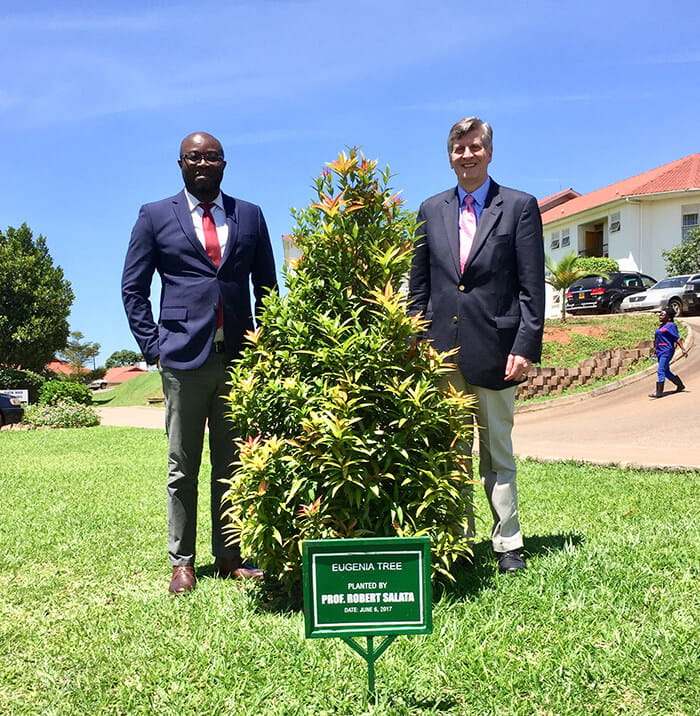 Drs. Yendewa and Salata (right) at the Joint Clinical and Research Center in Uganda.

“I was really attracted to the chance to be mentored by Dr. Salata, and to the work this Midwestern university had been doing in Uganda for over 30 years,” Dr. Yendewa said. “When I came on board it was such a natural fit. It became very clear that this is the field I wanted to work in.”

Dr. Yendewa and Dr. Salata traveled together to Uganda and Sierra Leone in 2016. The country had been hit hard by the Ebola virus, and Dr. Yendewa planned to study post-Ebola syndrome. But while there, he saw the extent of the HIV epidemic. Working with the University of Sierra Leone, which has the only medical school in the country, Dr. Yendewa and his team began researching the scope of HIV, its resistance to drugs, and its connection with Hepatitis B.

“George is very bright, hardworking and passionate about global health,” Dr. Salata said. “He is truly a rising star. His work is critically important and he is very dedicated to his country of birth.” 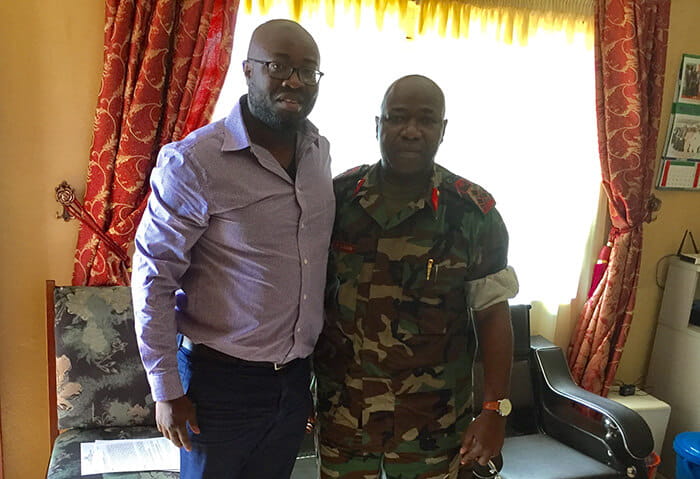 For the past three years, Dr. Yendewa has received funding to further his work on the epidemiology of HIV and Hepatitis B in Sierra Leone. He is intent on understanding the extent of these infectious diseases in his home country, how they present, how patients find care, and how to improve outcomes in a country recovering from civil war and an insufficient health infrastructure. 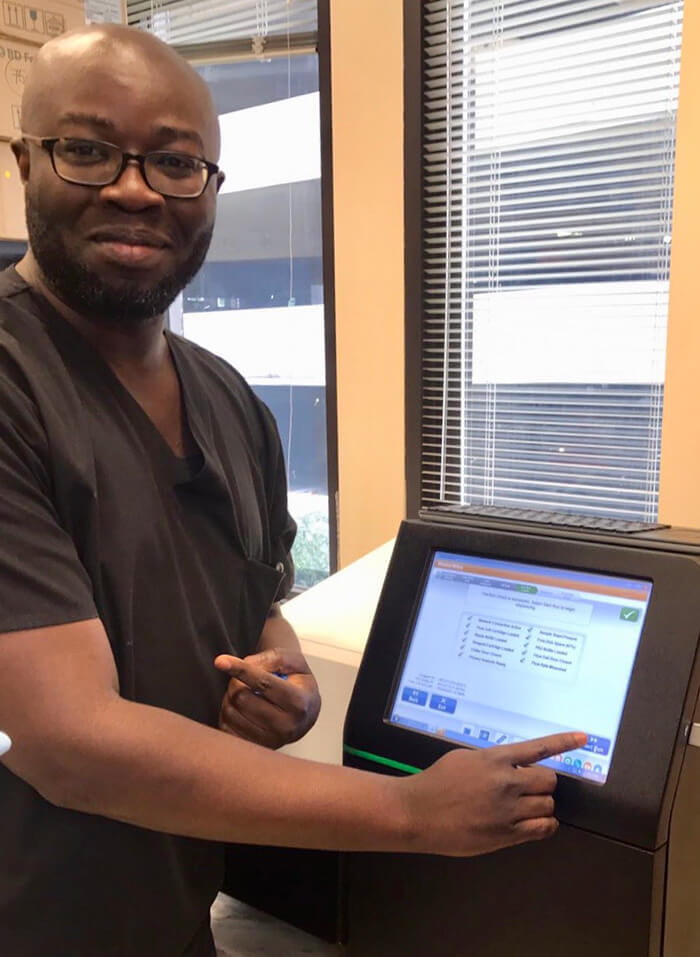 “I’m working on establishing the scientific evidence to support the care these patients need,” said Dr. Yendewa, who went to Sierra Leone most recently in December and plans a return trip after the birth of his first child. “I want to see how these diseases are causing non-infectious complications in the body.”

Dr. Yendewa is also the director of Roe Green Global Health Track in the Internal Medicine residency program, and he trains the fellows in ID also.

His goals include implementing a Center of Excellence for HIV and Hepatitis B in Sierra Leone, with a post-graduate program in Infectious Disease in a country sorely in need of this expertise. Currently, there is only one infectious diseases expert in the entire country.

“The work has to be done,” Dr. Yendewa said.