Babies born with congenital heart disease face a high risk of morbidity and mortality in the first few years of their lives. Fetal cardiac intervention can alter the outcome for some critical congenital heart disease cases, significantly improving quality of life. For example, maternal and fetal medicine specialists can surgically address some varieties of hypoplastic left heart syndrome (HLHS) in utero.

“The goal of cardiac intervention is to identify malformations that can be addressed in utero early, before irreversible damage occurs to the fetal heart,” says Ellie Ragsdale, MD, Director of Fetal Intervention, Division of Maternal Fetal Medicine at University Hospitals Cleveland Medical Center.

Dr. Ragsdale and other specialists at University Hospitals are looking for ways to expand the capabilities of this innovative approach to care.

Congenital cardiac disease can be discovered as early as the first trimester; intervention to address can then be performed as early as 22 to 23 weeks into the pregnancy. “We have to wait until the baby is large enough to be able to tolerate the procedure, and we’re also limited by the size of our equipment,” Dr. Ragsdale says.

Currently, fetal intervention is offered for critical aortic stenosis with evolving HLHS, pulmonary stenosis and atresia, and HLHS with an intact septum. In the case of obstructed or stenosis valves, the goal of intervention is to widen the opening of the valve, thus decreasing the pressure within the affected ventricle. Sustained increased pressure within the ventricle leads to myocardial damage and death. 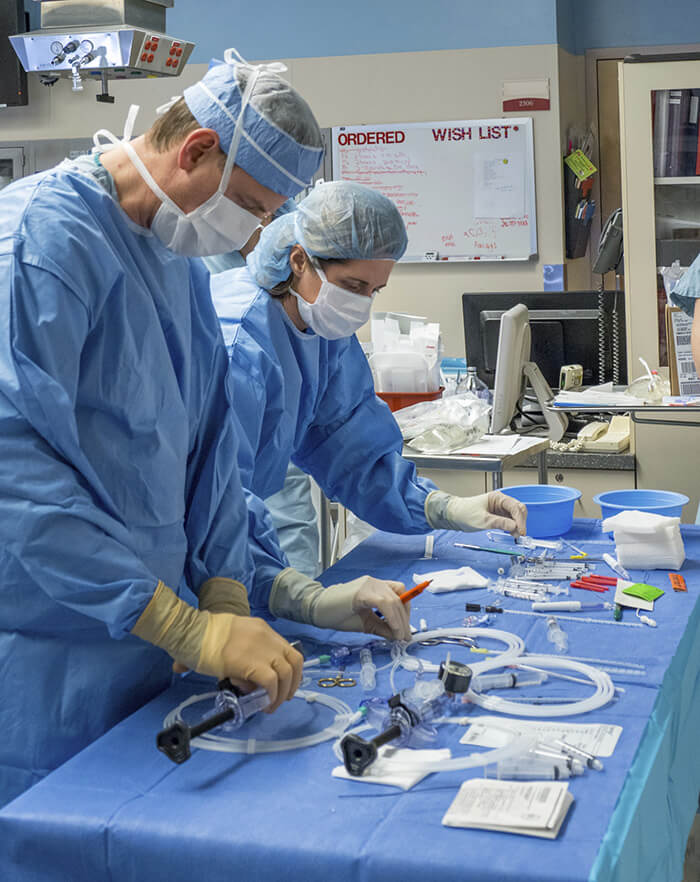 “We perform all of our interventions via a minimally invasive technique, so they’re done under ultrasound guidance with maternal and fetal anesthesia,” Dr. Ragsdale says.

The risk to mothers is minimal but there is risk to the fetus, including preterm labor and fetal loss. Fetal cardiac intervention is only performed on babies with critical congenital heart disease who have the highest chance of a successful outcome, with the possibility of reducing long-term morbidity and mortality.

One of UH’s most successful fetal cardiac intervention cases is Lorenzo Catanese and his mother, Heather.

Heather had a brother who lived with critical congenital heart disease and died following a heart transplant. Then, when she was 20 weeks pregnant, Heather’s fetus was diagnosed with aortic stenosis and impending HLHS. At 24 weeks, the fetal intervention team at UH brought Heather to an operating room to perform an in-utero aortic valvuloplasty.

That baby, Lorenzo, is now almost 4 years old. “He had one balloon-based procedure in the cath lab in his first year of life, and other than that, he's just like every other 4-year-old,” Dr. Ragsdale says. 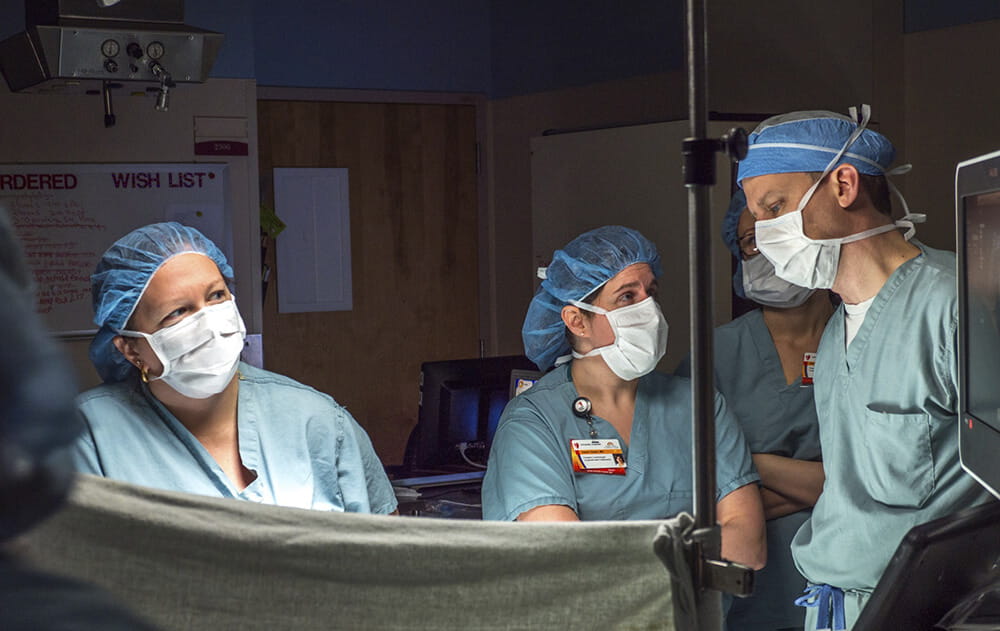 Continuing the search for innovation

University Hospitals Rainbow Babies & Children’s Hospital and Nationwide Children’s Hospital are working together to explore the possibility of developing a valve that could replace one that is totally obstructed and damaged in utero. Already, the team has had significant success in animal models.

“My hope is over the next five to 10 years we’ll be able to actually replace the valve that is damaged,” Dr. Ragsdale says.

As new techniques emerge, Dr. Ragsdale also envisions the continued improvement of the equipment used in fetal cardiac intervention. “We’re continually trying to make needles and catheters that are smaller and smaller and be able to do more, earlier, for babies,” she says.

Although health systems like UH have demonstrated success with fetal cardiac intervention, insurance companies still consider these procedures experimental. In an effort to serve the mothers and babies who need this innovative care, UH offers strategic financial support. “UH has made a commitment to not turn away any patients who are candidates for this procedure based on finances alone,” Dr. Ragsdale says.

Once the team at UH receives a referral with fetal echocardiogram and ultrasound images, they review the case within 24 hours to determine whether the patient is a candidate for intervention. “Our goal is to turn these cases around in less than a week,” Dr. Ragsdale says.