A routine prenatal scan of a 22-week-old fetus at University Hospitals MacDonald Women’s Hospital detected an abnormal aortic valve, leading to a diagnosis of impending hypoplastic left heart syndrome, as well as severe mitral regurgitation. Members of the Congenital Heart Collaborative, a unique affiliation between UH Rainbow Babies & Children’s and UH MacDonald Women’s hospitals in Cleveland, and Nationwide Children’s Hospital in Columbus, performed a successful in utero fetal aortic valvuloplasty at 24 weeks gestation, resulting in a full-term birth and discharge at four days of age. This team is the only team in Ohio to offer fetal cardiac intervention. 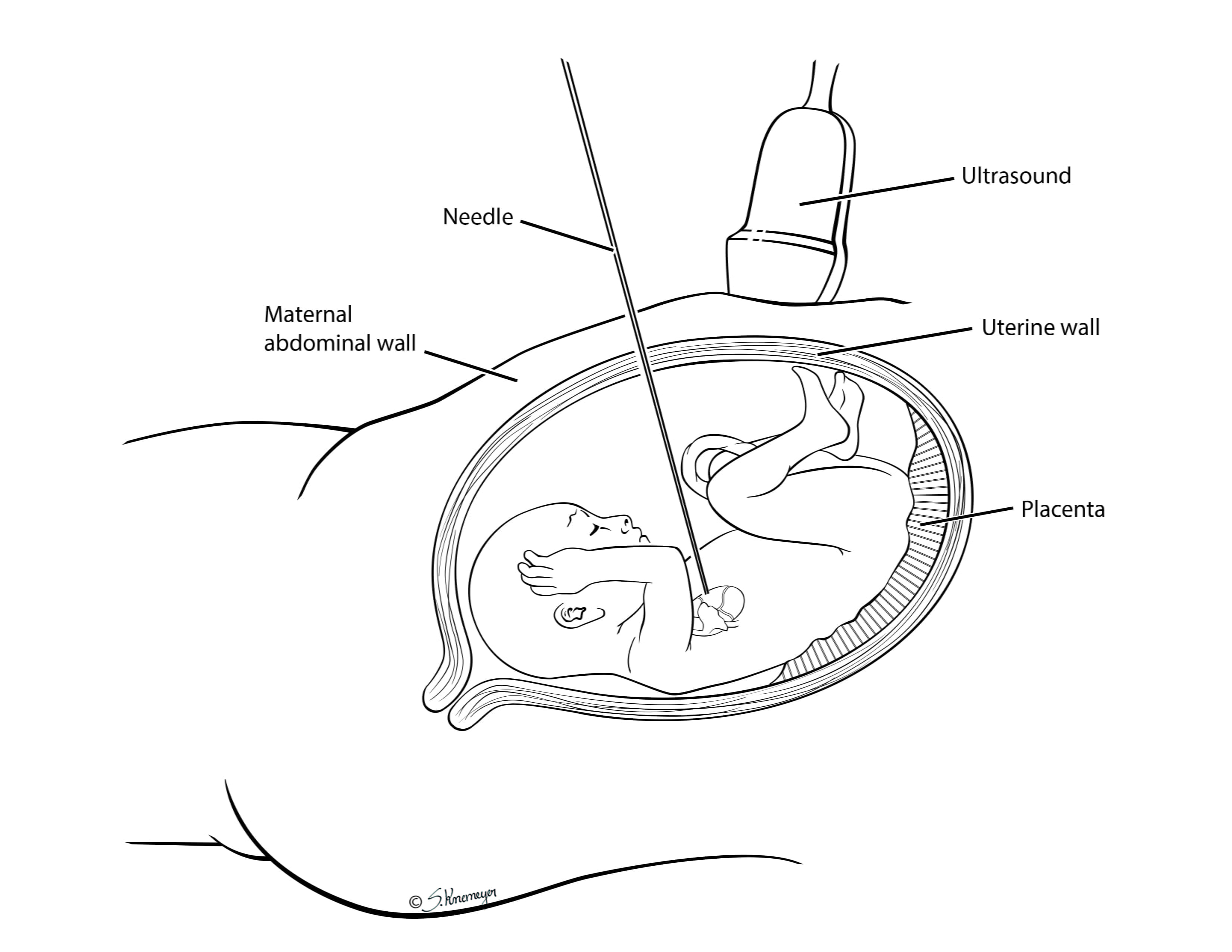 After the routine prenatal scan detected an abnormal aortic valve, a fetal echocardiogram at the Fetal Heart Center at UH Rainbow Babies & Children’s Hospital confirmed aortic stenosis, impending hypoplastic left heart syndrome (HLHS), and severe mitral regurgitation. Statistics show that babies with this combination of defects have only a 10% survival to six months of age.

The mother and her unborn fetus were seen immediately following the fetal echo by members of the Congenital Heart Collaborative’s Fetal Cardiac Intervention team – including physicians from UH Rainbow Babies & Children’s and UH MacDonald Women’s hospitals, and Nationwide Children’s Hospital.

With UH Rainbow Babies & Children’s and UH MacDonald Women’s hospitals both under one roof, maternal fetal medicine specialists and the Congenital Heart Collaborative team can offer the full continuum of care in these rare cases. The team brings together experts in maternal fetal medicine, fetal cardiology and pediatric interventional cardiology to provide world class care for patients and families in the region – the only provider of this type of care in Ohio and one of approximately eight centers nationally.

The team discussed the option of in-utero fetal aortic valvuloplasty with the parents. This unique procedure uses ultrasound guidance and a catheter-based approach to gain access to the fetal heart, subsequently opening the aortic valve using a coronary balloon. This increases blood flow through the left ventricle to help its development and potentially reverse the progression of HLHS and decrease the degree of mitral regurgitation.

The procedure was uncomplicated and was completed with only four minutes spent in the fetal heart. The intervention on the aortic valve completely reversed the impending HLHS and the severe mitral regurgitation to the point that the full-term baby was discharged from the hospital with his mother without the need for a procedure or surgery prior to discharge – the best possible outcome and one not before seen with this combination of defects.

Case Featured on The Doctors

Heather and Anthony’s baby Lorenzo underwent in-utero heart surgery and were recently featured on an episode of The Doctors to share exclusive details of this rare procedure. 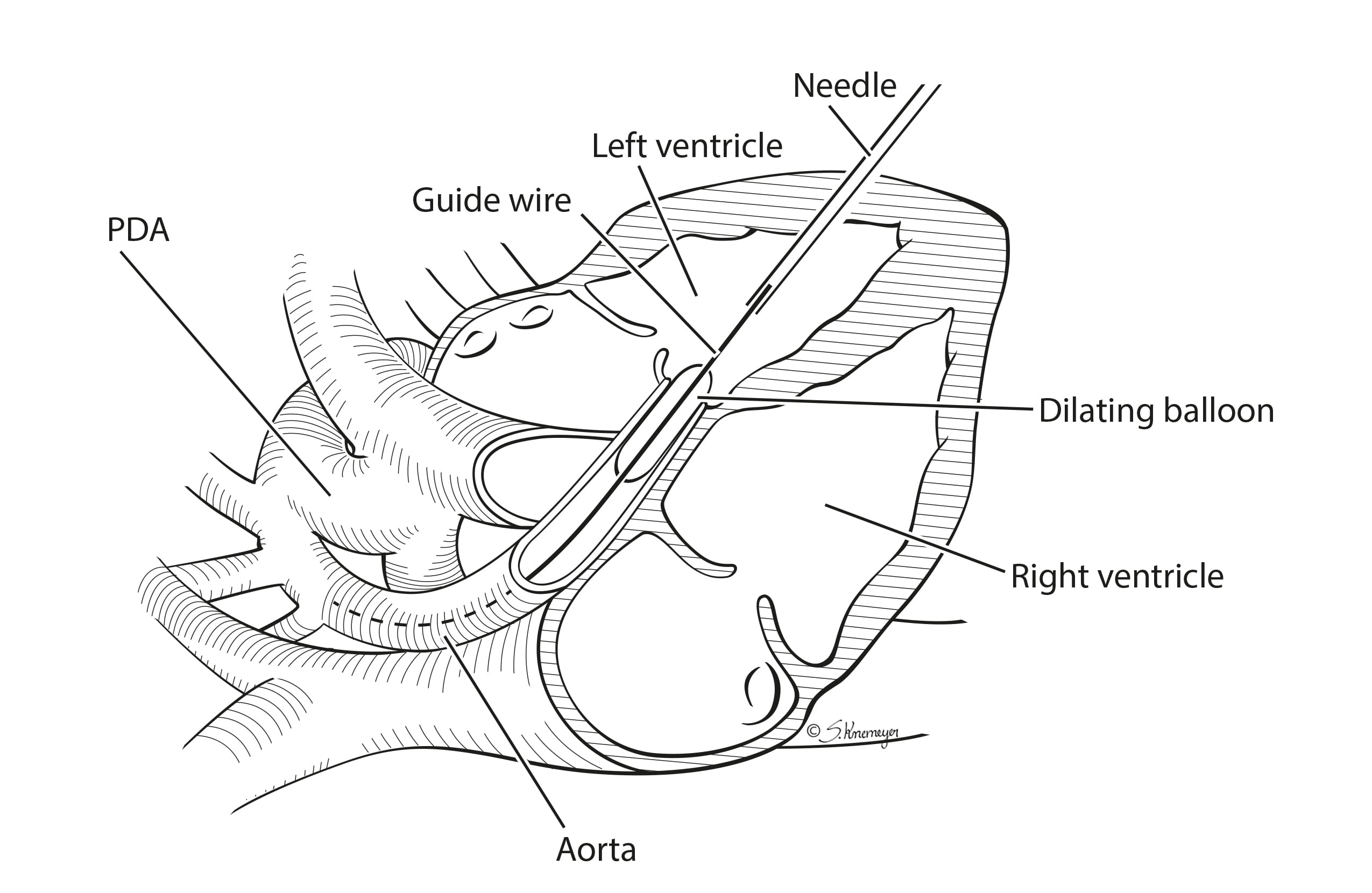 The mother’s sibling had died at a young age after undergoing a heart transplant. She did not want her child to have to undergo transplantation, and she did not want to bring a child into the world with a limited lifespan.

The family’s initial goal was to meet their baby and to hold him in the delivery room. Due to the successful in utero procedure, they were able to do just that. He was born via an uncomplicated repeat C-section at 38 ½ weeks gestation and went home after four days. Due to the success of the procedure, the family went from wondering what they could do with him in a few hours to wondering what sports he could play when he is older. At 3 weeks of age, the baby returned for a repeat balloon procedure and was discharged home two days later. His abnormal aortic valve may need to be replaced at some point in his life, but the team is optimistic he will live a normal life.

Early detection was possible in this case because of the meticulous attention paid to the fetal heart by the MacDonald imaging group during routine second trimester scanning. The additional views and Doppler interrogation that they obtained went above and beyond the current recommended views by obstetrical societies. The addition of color Doppler across the aortic valve and mitral valve allowed for early detection of a problem that would not have been evident with two-dimensional imaging alone. Performing the procedure in utero between 23 and 26 weeks gestation may provide the best window to reverse the HLHS. The earlier cardiac defects are found and treated, the better the outcomes.

The combination of a children’s hospital and a maternal hospital connected under one roof provides the ability to treat both mother and baby within a safe environment replete with a deep bench of pediatric and maternal physician expertise. The Congenital Heart Collaborative provides access to rare procedures, while also providing parents the option to deliver at the hospital of their choice. The ultimate goal is to keep pregnancies as normal as possible and send patients back to their referring providers following the procedure.

The early identification of this child’s cardiac defects and access to experts for this rare procedure completely changed the outlook for him and his family. Instead of facing open heart surgery right after birth, he was strapped into a car seat and going home with his parents four days after birth.

The Congenital Heart Collaborative performs fetal cardiac intervention if it can alter the progression of the disease and potentially improve the outcome. The team performs fetal cardiac intervention for certain cardiac anomalies, including aortic stenosis with evolving HLHS, HLHS with intact or highly restrictive atrial septum, and pulmonary atresia with intact ventricular septum.

These types of procedures can be done at various stages of gestation – as early as 23 to 24 weeks, or as late as 32 weeks, depending on the heart defect. No matter the gestational age, the Congenital Heart Collaborative is available to provide a second opinion and evaluate for potential intervention.

Appropriate patient selection involves evaluation not only of the fetal cardiac defect, but also of the pregnancy as a whole. The initial evaluation of the maternal fetal pair will be performed by our fetal cardiologists, pediatric cardiac interventionalists and maternal fetal medicine physicians. Given that these conditions have a spectrum of severity and usually progress during gestation, we recommend referral as soon as the diagnosis is made. If the maternal fetal pair is considered an appropriate candidate for intervention, the team will schedule the procedure promptly.