For most people, riding a bike was a favorite childhood pastime. But for Larissa Widmer that simple pleasure was out of reach until recently.

At seven months old, Widmer was diagnosed with cystic fibrosis (CF), a chronic and progressive disease for which there is no cure. She was relatively healthy as a child until she contracted a bug in her mid-teens.

“From that point on, I went downhill fast,” she says.

But remarkable advances in medicine, including organ transplants, have changed the long-term outlook for many CF patients like Widmer, who had a double lung transplant at University Hospitals.

Finding a Long-Term Home at UH

Although Widmer received CF treatment from other top-notch healthcare facilities, she felt they just weren’t the right fit. Eventually she arrived at the Adult Cystic Fibrosis Program at UH Rainbow Babies & Children’s Hospital, one of Ohio’s largest CF centers and a Cystic Fibrosis Foundation-accredited center.

“I really like the doctors and nurses at Rainbow,” Widmer says. “As I began getting sicker [in my 20s], my doctors started talking about transplantation.”

In June 2016, Widmer began the evaluation process for a lung transplant and in September 2016, was officially placed on the transplantation list.

“I met the UH transplant team and fell in love,” she says. “They are such amazing people. They and my CF doctors really worked together to get me in a good spot and to keep me as healthy as possible for as long as they could.”

Widmer’s experience is an example of UH’s coordinated, collaborative and multidisciplinary effort to provide care to a CF patient from cradle through adult life, Dr. Schilz says.

Now, nearly three years post-transplant, Widmer is enjoying life. Married in June 2019, she and her husband Brian are parents to a very active (but loveable) puppy. That first bike ride was a thrill. So are the many other firsts. 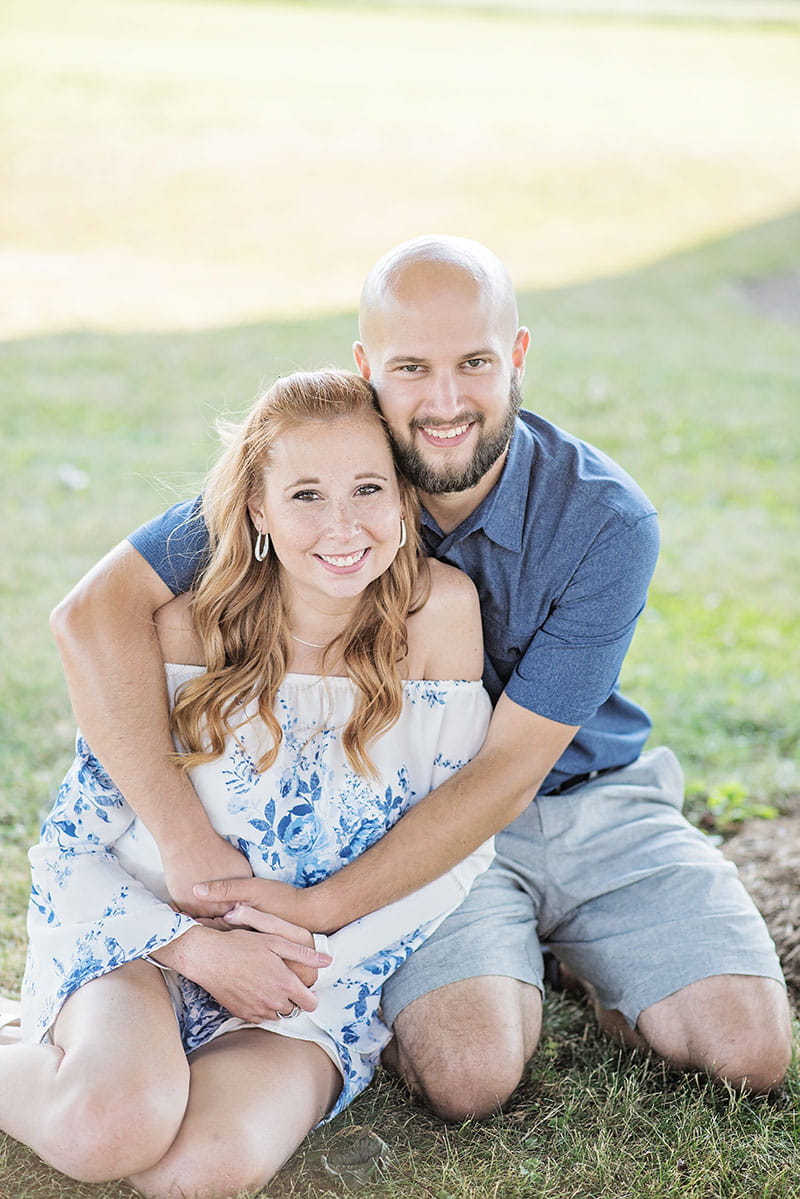 “I couldn’t sing along to songs in the car because I didn’t have enough breath,” she says. “Now I can. I can laugh and it doesn’t hurt. It’s just so amazing the way transplantation completely changes your life.”

Widmer also can't say enough about the care she received at UH.

“The team at UH — the coordinators, doctors, surgeons — they are all so incredible. You can tell they really care; it’s not just a job. For me, that was the most important part. You don’t want to feel like another case file. UH did everything they could to save my life and they did it gladly. They also kept my family and Brian informed every step of the way.”

Whether it’s a single lung, double lung or heart-lung transplant, UH provides advanced medical care and can offer a potentially brighter future to patients like Widmer, Dr. Schilz says. Only about 30 to 40 people undergo heart-lung transplants in the U.S. each year, and UH performs some of these rare procedures.

“The experience and skill of the UH system provides the most advanced transplant options for patients,” Dr. Schilz says. “We often focus on the medical aspects of performing transplantations, but we don’t want to overlook the amazing richness of life that can now continue because of the transplantation option.”

For more information about heart and lung transplantation, call Dr. Schilz at 216-844-3201.