Maintaining Hope in the Face of COVID-19

As the COVID-19 pandemic’s presence in Northeast Ohio winds into its eighth month, it is accompanied by a certain fatigue on the part of many, because of the constricted way life is lived now - even as there is sadness and fear that people remain at risk from this virus, and some are dying.

It’s important, however, for us not to lose sight of hopeful elements we can look toward - and a major one is that progress is definitely being made in the development of a vaccine. As you likely know, UH is playing a crucial part in that through our participation in the Pfizer Inc./BioNTech clinical trial of an investigational vaccine, which began in August.

Things change quickly, though. While early last week we were still seeking volunteers to participate in that clinical research study, a few days later, a Pfizer research representative notified us to pause enrollment, based on the current low incidence of COVID in the Cleveland area. Pfizer also paused about 60 percent of its other clinical trial sites for the vaccine.

This does not mean any of us should become complacent about protecting ourselves and others through masking and distancing – and certainly not at UH, where doing so is required in every one of our facilities. In one day, the numbers of cases can easily begin to spike again.

While we may not at this moment be enrolling more participants, our study of the Pfizer vaccine – which is in Phase 2/3 - is continuing. This vaccine is one of the most advanced candidates currently being evaluated in this country, as well as in Germany, and it received “Fast Track” designation from the FDA.

We can all be incredibly proud that UH was one of the first sites selected in this country for this trial, based on the regard in which our research team is held and our history of innovation as an academic medical center. UH also was among the first medical centers in the country to test remdesivir, an anti-viral drug that has since shown to be effective in treating COVID-19.

Rarely have so many people focused their attention on research done here that could so immediately impact their lives. In simple terms, the vaccine we are testing works by binding to the spike protein (the crown-like part projecting from the surface of the coronavirus). The immune response is then directed against that protein, preventing it from attaching to respiratory cells, which in turn prevents the virus from taking hold.

You also may have heard that the research into another vaccine from the AstraZeneca firm was recently halted, in both the United Kingdom, other parts of Europe, South America, and then in the U.S., because a previously healthy patient presented with an “adverse event” - transverse myelitis, which is spinal cord inflammation. The U.K. has since resumed its trial, but U.S. sites will not do so until the FDA does further evaluations to allow it.

It’s important to note that the two vaccines are vastly different in nature, says Robert Salata, MD, Chair of the UH Department of Medicine and the principal investigator of the Pfizer vaccine trial. He notes there have been no worrisome side effects in the 30,000 people who have been injected with this vaccine. As always, the emphasis is as much on safety as it is efficacy.

If this vaccine is approved and developed by the end of this year, however, it still may not be widely available to the majority of the public until perhaps the third quarter of 2021. The reason is logistical. “This vaccine takes two separate injections about three weeks apart so even if they have a 100 million vaccines available by December that’s only going to be sufficient to vaccinate 50 million people,” says Dr. Salata. “Distribution is not a simple thing, because the vaccine must be kept at a temperature of -70 degrees Celsius, which requires very cold storage. Physician practices don’t have the capability to keep the vaccine at that temperature, so injections would have to occur at a centralized site.”

The order in which people would get the vaccine is first, health care workers with patient contact, then first responders; second, people in vulnerable populations, including those over 65 or with underlying diseases, such as diabetes, hypertension, chronic lung, and heart disease, obesity, cancer and/or autoimmune illness, any of which place them at risk of severe complications. Third, the vaccine would then be given to people in the general population.

What can we do in the meantime? Be vigilant about all our precautions, especially as flu season gets underway. People can have both COVID-19 and the flu at the same time – and that is a terribly dangerous scenario.

Please get the flu vaccine as soon as possible, and urge others to do the same. 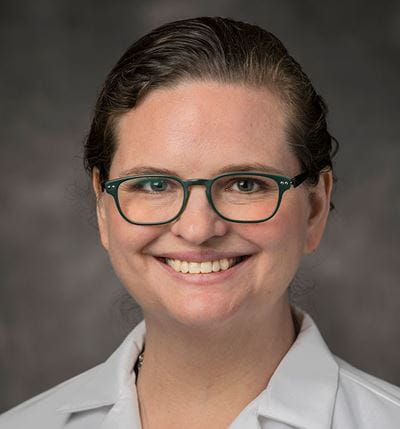