By Alan Lerner, MD and UH

Created in 2007, the UH Neurological Institute obtained national prominence by joining forces with several consortiums such as the Alzheimer’s Cooperative Study and the Alzheimer’s Disease Neuroimaging Initiative. UH also partnered with the Cleveland Alzheimer’s Disease Research Center, the Cleveland Clinic Foundation and Case Western Reserve University to enhance team science and advance brain health and neurodegenerative disease research to a new level in the Cleveland area. A UH Center of Excellence in Neurodegenerative Disorders (CENDIVE) was the next step in building a powerhouse of collaboration and science for disease areas that have been rather slow to progress.

Dr. Lerner states, “The four main goals of CENDIVE align with the UH mission, “To heal. To teach. To discover.”

The first CENDIVE goal is to enhance the number of early-stage research studies to increase the number of innovative and new treatments for Alzheimer’s disease and related disorders. The development of better pharmaceuticals for these patients is needed to advance the treatment of these disorders.”

The second goal of CENDIVE is to accelerate clinical trials and increase patient participation. Without patient engagement, early diagnosis, and research, new ways to diagnose patients becomes significantly more difficult. In efforts to accomplish this goal, CENDIVE is working with the Accredited Care Organization (ACO), an organization that represents a large population of UH patients throughout the UH system in Northeast Ohio. CENDIVE is also working with a team of scientists to create a collaborative care model for patients with dementia. “The Holy Grail for Alzheimer’s disease would be to manufacture a blood-based test to diagnose the disease,” Dr. Lerner states. “It would change the landscape of this disease. It is more than just about pharmaceuticals, but includes knowledge and life planning. Early prevention provides better outcomes,” adds Dr. Lerner.

The third goal of CENDIVE is to focus on minority outreach through community brain health clinics. A milestone reflective of this initiative is the opening of the UH Otis Moss Jr. Brain Health Clinic early 2020.

Finally, CENDIVE plans to work with industry and academic partners to collaborate and develop new ways to educate people about Alzheimer’s disease and brain health.

The Center of Excellence five year plan is an excellent opportunity and essential commitment by UH to support the mission and initiatives, which are grounded in the UH academic vision. 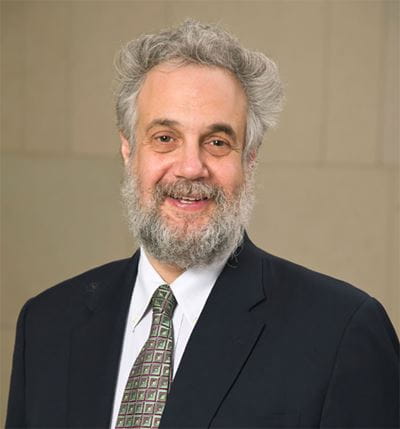