“Distinguished Physicians are considered doctors’ doctors, because physicians would refer patients and turn to them for their own care — that’s how respected they are,” says UH Neurological Institute Vice President and Director Nicholas Bambakidis, MD. “This designation reflects the level of expertise they bring and for setting standards in quality, safety and compassionate care.”

“Dr. Appleby is an internationally renowned expert in neurocognition and, in particular, neurodegenerative disease,” Dr. Bambakidis says. “This award reflects that experience. He is a critically important piece of what we do at the UH Neurological Institute to not only treat patients with neurodegenerative disease, but also research new therapeutic treatment options.”

In addition to caring for patients, Dr. Appleby serves as director of the National Prion Disease Pathology Surveillance Center at Case Western Reserve University, and he leads the neuropathology core for the newly formed Cleveland Alzheimer's Disease Research Center.

Aasef Shaikh, MD, also focuses his research on neurodegenerative disease, but with an emphasis on balance, spatial navigation and movement disorders such as Parkinson’s disease. His passion for research led to his appointment as The Penni and Stephen Weinberg Chair in Brain Health at University Hospitals.

The designation will allow Dr. Shaikh to continue studying how neuromodulation and deep brain stimulation (DBS) influence balance in people with Parkinson’s disease. “Dr. Shaikh is an emerging leader in movement disorders and DBS who is performing cutting-edge research to treat patients with Parkinson’s disease,” says Dr. Bambakidis. “The recognition and transfer of this chair will allow him to continue his research and advance his program.”

UH Neurological Institute physicians frequently present at scientific meetings, bringing recognition to UH in the medical community at large. Philip Fastenau, PhD; Alan Hoffer, MD; Christopher Bailey, PhD; and Jill Winegardner, PhD, were invited to organize and present a symposium at the Annual Conference of the National Academy of Neuropsychology last fall. The team’s symposium was titled “Hot Topics: Integrated Multidisciplinary Teams/Programs: Exemplars, Logistics, and Opportunities for Neuropsychologists to Stay Ahead of the Curve.” 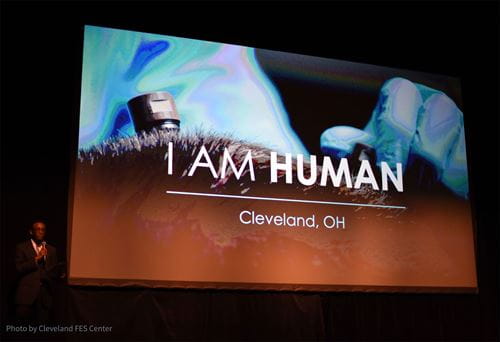 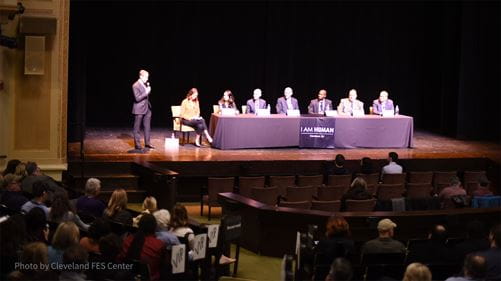 It’s not every day that a group of Ohio doctors gets global media attention. However, the investigators and leadership behind the Cleveland Functional Electrical Stimulation (FES) Center — a consortium in neuromodulation and neurostimulation that includes Louis Stokes Cleveland VA Medical Center, Case Western Reserve University, MetroHealth Medical Center, and University Hospitals Cleveland Medical Center — have received coverage from NPR, BBC, CBS News and other news outlets for their groundbreaking work with Cleveland veteran Bill Kochevar.

Kochevar, the first quadriplegic to have arm and hand movements restored with the help of technology, is the subject of a new documentary, “I Am Human.” The film, produced and directed by Taryn Southern and Elena Gaby, explores the medical, personal and ethical questions around technology such as brain interfaces.

The film premiered at the 2019 Tribeca Film Festival and the Napa Valley Film Festival, among other film festivals, and made its Cleveland debut on Jan. 30. The Cleveland premiere featured a discussion panel with Jonathan Miller, MD; A. Bolu Ajiboye, PhD; Robert F. Kirsch, PhD; and Dustin Tyler, PhD, all affiliated with either University Hospitals and/or Case Western Reserve University, who were involved with Kochevar’s case.

To refer a patient to UH Neurological Institute or contact one of our experts, call 216-553-1778.