Science Day is a 50+ year tradition of discovery and innovation

When it first started in the late 60's, by Samuel Gross, MD, Science Day at UH Rainbow Babies & Children’s Hospital was fairly low-key, a chance for junior faculty and maybe a few pediatric residents and fellows to present their bench or clinical research findings to other faculty and fellows.

But then something important changed.

After a few years, it became mandatory for residents, too, to be involved in a research project,” says Avroy Fanaroff, MD, Professor Emeritus, Case Western Reserve University School of Medicine. His 1971 Science Day presentation, as he completed his fellowship in Neonatology, was new to the UH Rainbow faculty, was titled “Identification of the High-Risk Infant from Placental Phase Microscopy.”

“We were one of the first to do this,” he recalls. “There weren’t many programs that were doing a resident/fellow/faculty research day. It was a groundbreaker, a leader.”

After development of the program at UH Rainbow, other programs saw “establishment of similar events throughout the country,” according to the Rainbow historical book, published in 2007, “For the Children”. 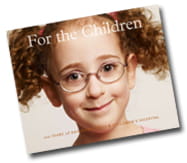 “For the first couple of years, it was really a way for UH Rainbow junior faculty and some trainees to talk about their research,” adds Claudia Hoyen, MD, , UH Rainbow, and Associate Professor of Pediatrics, Case Western Reserve University School of Medicine. Dr. Hoyen led the pediatric fellowship program at UH Rainbow for six years around 2010. “Back when Science Day was started, there weren’t as many academic conferences for people to present their research and certainly not many opportunities for residents, so this was a way to showcase the work for our community. As it evolved over the years, the focus was less on what the faculty were doing that the residents were helping them with to the residents actually picking a project and having to present it.”

Now 50+ years later, Science Day remains an integral and perhaps even stronger component of pediatric residency and fellowship training at UH Rainbow than ever before. In fact, the Rainbow Board Foundation now annually contributes more than $100,000 to support resident and fellowship research projects so that they can be as robust as possible.

As academic medicine has changed and expanded, so, too have the projects for Science Day, Dr. Hoyen says.

“There are still some residents who will do bench research or clinical research, but now we’ve expanded it to what in fellowship is considered a scholarly activity,” she says.  “That includes educational projects. There are also a lot of quality improvement projects that are presented. It’s more than just a quick QI project – it may be their focus over two or three years of their residency. The resident or fellow may have developed a new program as a result.  As UH Rainbow leads pediatric global health, many of the projects include research done overseas, by residents and fellows working in global health. In the last five or six years, some residents and fellows have chosen projects that revolve around advocacy and social determinants of health. For example, two of our recent residents have developed a quality project around children who are victims of human-trafficking and have started the Haven Clinic, just for these children.”

Whatever form it takes, both Dr. Fanaroff and Dr. Hoyen agree that there is great value in pediatric residents and fellows delving deeply into a health topic and managing the hands-on details required to develop new knowledge and make progress.

“Even if you’re not going into academia, you need to understand science, you need to understand study design, you need to understand statistics, so that when you read the journals, you can make an informed decision about what is a good article and what is not a good article,” Dr. Fanaroff says. “Is it something you should incorporate into your practice? Or should you wait until there is more evidence? It’s a very important component of your training so that you’re trained for life. You can’t leave the program with what you’ve learned and hope that it’s going to last you the rest of your career. To continue to learn is a very important part of your practice, and we think we’ve established the roots for this practice with Science Day at UH Rainbow.”

In the age of the Internet, patients, too, have immediate access to medical research in a way they perhaps didn’t before -- and a need for knowledgeable experts to help them interpret it.

“You have to be up to date, you have to be knowledgeable,” Dr. Fanaroff says, “Having done research yourself helps you do that.”

“By people going through the process of creating a project and understanding quality improvement science or clinical investigation, by having to do those things themselves, they learn much more than if we were to just give them a lecture on research methods or how to prepare an IRB,” adds Dr. Hoyen. “By actually living the experience, they understand what goes into advancing pediatrics. There are parts of medicine every day that need to be improved upon, researched or understood better.” 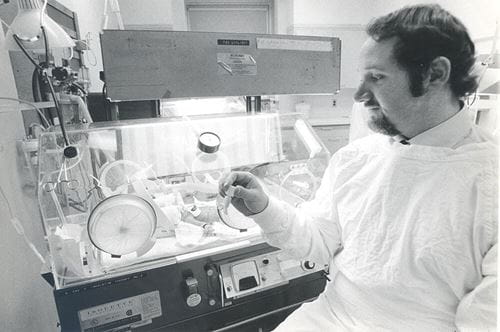 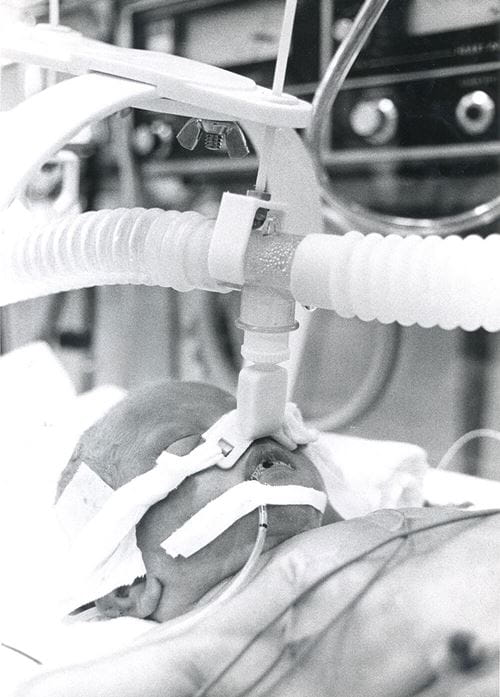 A UH Rainbow Research Day presentation dating back to 1973 is a case in point. That year, neonatology fellow John Kattwinkel. MD, presented “Controlled Trial of Continuous Positive Airway Pressure (CPAP) in RDS and a Simplified Application by the Nasal Route.” He later published that project in the journal Pediatrics, with Dr. Fanaroff as co-author.  It ultimately led to UH Rainbow neonatologists developing silicone nasal prongs for the application of continuous positive airway pressure in treating respiratory distress in preterm and full-term neonates.

“This is the gold standard,” Dr. Hoyen says. “We hope that by giving people skills, they will exercise them when they’re out in practice, no matter where that is.”