Since the onslaught of Covid-19, Certified Registered Nurse Anesthetists (CRNAs) have played a critical role in treating Covid-19 patients. These highly trained professionals became one of the most valuable members of Covid-19 treatment teams due to their extensive experience in critical care and airway and ventilation management expertise. 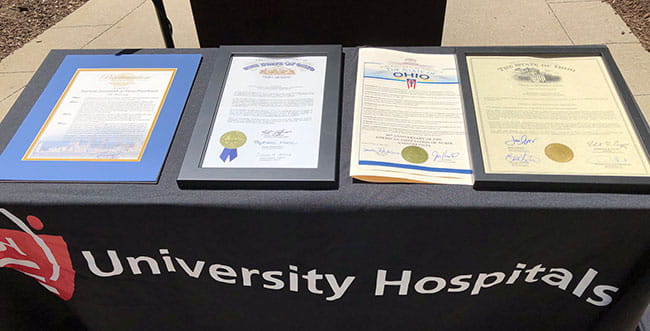 Lakeside Hospital, one of the original institutions of UH, is where pioneer nurse anesthetist Agatha Hodgins opened the nation's first formal postgraduate program in anesthesia. There, Hodgins organized an alumnae association that became the foundation for the AANA 90 years ago. Today, the AANA is the largest organization representing the nation's 57,000 CRNAs and students.AANA

The governor of Ohio, the Ohio Senate, The City of Cleveland, and the U.S. House of Representatives presented proclamations to AANA.

If you want to watch the event online, it is available for streaming on the Ohio State Association of Nurse Anesthetists' (OSANA) official Facebook page.