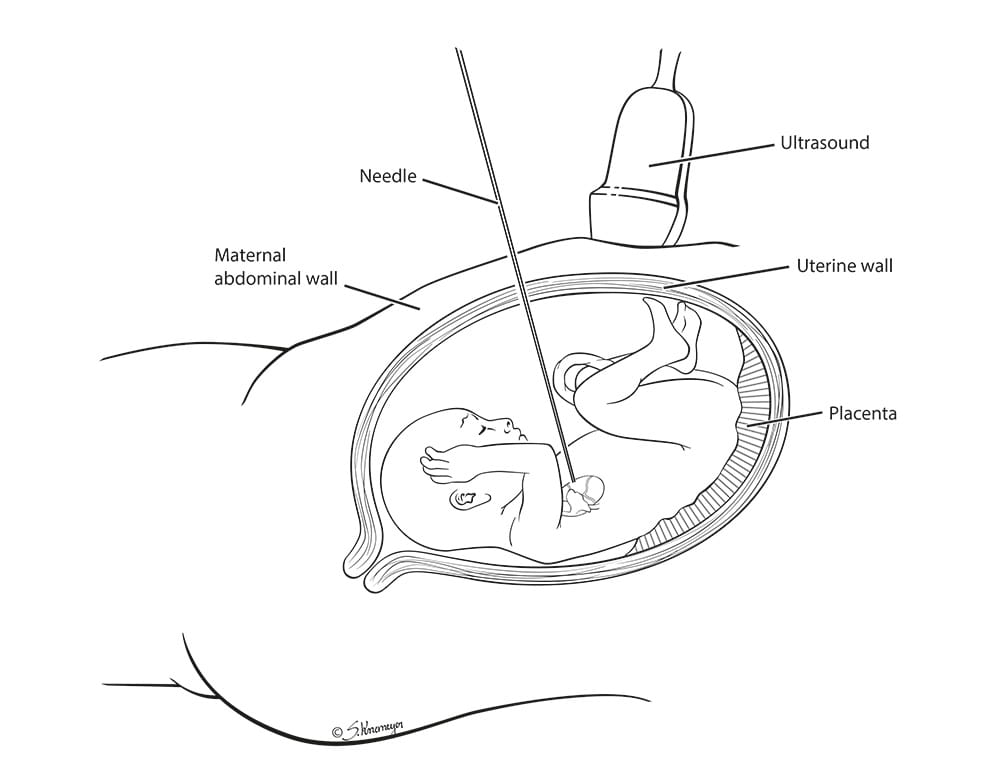 The fetal cardiac intervention team uses a percutaneous, trans-abdominal approach under ultrasound guidance to access the fetal heart through the fetal chest wall, and the indicated procedure is performed. The maternal/fetal pair is typically discharged later that day or, in some cases, the next day.

Formed in 2015, the Collaborative is helping to optimize outcomes for babies who are diagnosed with these relatively rare but serious heart conditions before birth, he says. Fewer than 10 centers currently offer in utero cardiac interventions in the United States.

“Offering very specialized procedures at a select few centers of excellence is the way of the future,” Dr. Strainic says. “Instead of offering procedures that would be relatively rare at each institution – three to five a year, most likely – we decided to collaborate and offer them at one Ohio center. We believe this will lead to better outcomes.”

A Team of Specialists Under One Roof

The Congenital Heart Collaborative selected UH Cleveland Medical Center as the host site for the fetal heart procedures. The facility’s pediatric and women’s care units are under one roof and intimately connected. OB operating rooms are near the neonatal intensive care and the pediatric cardiothoracic intensive care units. “All the resources are in one central place here,” Dr. Strainic explains.

He says the collaboration also allows UH to utilize the expertise of Aimee Armstrong, MD, Director of Cardiac Catheterization and Interventional Therapies at Nationwide Children’s Hospital, who helped launch a similar program at University of Michigan C.S. Mott Children’s Hospital.

After about two years of preparation and coordination between ancillary staff and physicians in maternal anesthesia, pediatric anesthesia, neonatology and intensive care at both facilities, the Congenital Heart Collaborative treated its first two patients in 2017. Both intervention procedures were successfully performed – one was an aortic valvuloplasty and the other was an atrial septal stent placement.

Appropriate patient selection involves evaluation not only of the fetal cardiac defect, but also of the pregnancy as a whole. The initial evaluation of the maternal-fetal pair is performed by fetal cardiologists, pediatric cardiac interventionalists and maternal fetal medicine physicians.

“Given that these conditions have a spectrum of severity and usually progress during gestation, it is critical to to evaluate the fetus as early as possible,” says Ellie Ragsdale, MD, Maternal Fetal Medicine Specialist, UH Cleveland Medical Center and Assistant Professor of Obstetrics and Gynecology, Case Western Reserve University School of Medicine.

Focusing On the Mother

Dr. Ragsdale says she is committed to ensuring patients carrying a baby with a cardiac defect get the support they need.

“Patients expect an uncomplicated pregnancy with a vaginal delivery at their community hospitals and a perfectly healthy baby,” she says. “They are so shocked when they learn their pregnancy is not going to take that course. With all the focus on what is being done for the baby, the mother can feel lost in the shuffle.”

She counsels women about how to manage comorbidities such as diabetes or hypertension, advises them on what to expect in any future pregnancies and works with genetic counselors to help women learn if the cardiac defect has a genetic cause.

Dr. Ragsdale notes that many institutions require women carrying a baby with a cardiac defect to deliver via Cesarean section, but the unique set up at UH Cleveland Medical Center, with a maternal hospital connected to a pediatric hospital, allows doctors to attempt a vaginal delivery in a traditional suite and be near the baby after birth.

To refer a fetal cardiac intervention patient to the Congenital Heart Collaborative, call 866-929-2099. An intake nurse will gather pertinent information and briefly confer with a fetal cardiologist at UH Rainbow Babies & Children’s or Nationwide Children’s. The referring physician will receive a link to a secure website where he or she can upload the images for same-day review. If the team agrees that the patient is a good candidate, she will be scheduled for a full evaluation in Cleveland or Columbus, whichever is closer.