When you say the words “proton therapy,” what comes to mind for many physicians is a large, football-field-sized facility that may occupy a city block. The space is necessary to accommodate three or four vaults, but it makes integrating the technology into an existing medical center impractical.

However, proton therapy technology has advanced to the point that creating a smaller superconducting synchrocyclotron is now possible. This novel proton accelerator is gantry-mounted and allows for constructing a single-room, compact facility, deep in the heart of a thriving medical center.

Such a facility is opening this summer at University Hospitals in Cleveland. The new Proton Therapy Center is housed in the space that once held the UH Case Medical Center emergency room, located between UH Seidman Cancer Center and UH Rainbow Babies & Children’s Hospital.

This is not by accident. 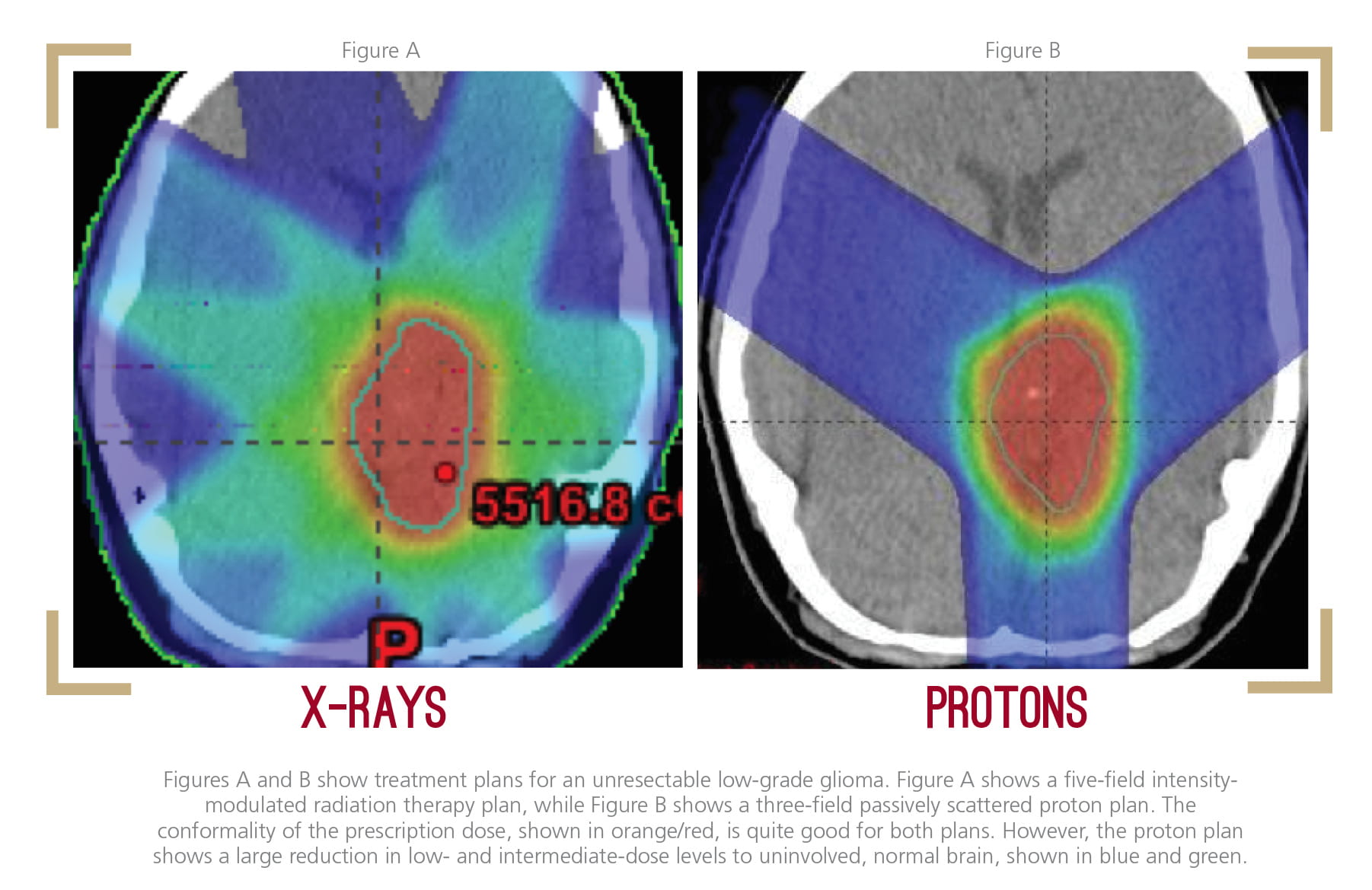 “Most proton centers are isolated from the nearest children’s hospital, to some extent,” says Dr. Mansur, who is leading the new Proton Therapy Center. “The goal was to have it physically connected to Rainbow, through a corridor, rather than several miles away or even across the street. Even facilities across the street must rely on ambulance transfer if a child requires emergency transport back to the PICU. Our Proton Therapy Center will be located on the same campus as a nationally ranked children’s hospital – one of the only places in the country to achieve that distinction.”

As the first in Ohio and regionally, the Proton Therapy Center will accommodate patients from a multistate region. Adult patients can and will benefit. But the children, teens and young adults treated at the Angie Fowler Adolescent & Young Adult Cancer Institute at UH Rainbow Babies & Children’s Hospital stand to benefit most.

“Proton therapy is uniquely suited for treating pediatric and young adult populations,” Dr. Mansur says. “These patients are at greatest risk for long-term effects from radiation treatment, such as cognitive problems and second cancers.”

The science of proton therapy

To truly understand the benefits of proton therapy requires a quick review of medical physics. Traditional radiation therapy uses X-ray beams. They pass into the patient, to the tumor, then out again through the patient’s body. The photons’ lack of charge and mass means most of their energy is deposited in normal tissues near the body’s surface, as well as areas of the body beyond the site of the cancer.

With proton therapy, heavy, charged particles penetrate the tumor. But then they stop. Because protons are energized to specific velocities, the radiation oncologist can determine how deeply in the body they will deposit their maximum energy. Their depth-dose relationship is characterized by the Bragg peak, beyond which no dose is deposited.

The elimination of the exit dose for passively scattered proton beams results in greatly reduced low and intermediate doses to distant, uninvolved normal tissues, but little or no difference in conformality of higher prescription doses immediately surrounding the targeted tissue.

“With the X-ray beam, you get very conformal high dose, but the cost of that is all the lower dose from the exit of all the beams,” Dr. Mansur explains. “You can greatly reduce that by using proton therapy. It hugs the targeted area as well as X-rays. It’s actually no more precise in the high-dose region. But you can lessen the lower doses, which is significant.”

Proton therapy can provide advantages for treatment of certain tumors, Dr. Mansur says, such as those in the brain, spine, base of skull and in the head and neck. Proton therapy also is effective in treating sarcomas, such as Ewing’s sarcoma and rhabdomyosarcoma. For adults, proton therapy can be a good option for patients with lung cancer and breast cancer. It helps protect delicate lung tissue from damage and helps reduce the radiation dose to the heart among left-sided breast cancer patients.

Numerous studies have compared the dosimetric advantages of proton beam therapy compared with other advanced X-ray treatments. “These studies have demonstrated significantly reduced doses to uninvolved tissues in children with pediatric tumors and adult patients with cancers of the breast, lung, and head and neck,” Dr. Mansur says.

Outcomes for pediatric brain tumor patients treated with proton beam therapy have recently been reported with encouraging results. “Long-term follow-up is needed to determine if adverse effects are reduced compared with photon treatments,”Dr. Mansur says. “Subtle differences don’t immediately translate into a clinical endpoint you can measure. Second cancer risk, for example, takes decades to manifest. However a recent modeling report estimates the risk of a radiation-induced second cancer can be reduced with proton beam therapy, compared with conventional photon radiation therapy.”

Getting ready for patients

Dr. Mansur estimates that the new Proton Therapy Center at UH will treat about 20 to 25 patients a day, when fully operational in July. Patient selection and risk management will be paramount.

“Proton therapy is a more unforgiving treatment,” he says. “With proton therapy, changes in density and tumor motion have a greater potential to introduce uncertainty in the radiation dose than in photon beam cases. We will be exercising caution in proper selection of patients who will benefit the most.”

The center has been undergoing a rigorous installation and quality assurance process for the past year or so. The journey began back in June 2011, when the decision to build the facility was announced. Builders broke ground in September 2013, the vault was completed in June 2014 and the proton accelerator arrived on scene in June 2015.

It’s been a long road, but Dr. Mansur says he’s looking forward to the enhanced treatment that proton therapy will offer his pediatric patients, as well as the convenient way they’ll be able to access this innovative care.

“Proton therapy is the best treatment for some cancer patients, but it is not intended to replace traditional radiation therapy for all patients. It provides us with another tool in the arsenal,” Dr. Mansur says. “The benefits of proton therapy are most significant in younger patients who have curable cancers and decades of life expectancy ahead of them. In addition, it will limit the late effects of treatment, so it’s worth it.”

You can learn more about the Proton Therapy Center at UH from Dr. Mansur’s article, “Incorporating a Compact Proton Therapy Unit Into an Existing National Cancer Institute-Designated Comprehensive Cancer Center.” It appeared in the journal Expert Reviews in Anti-Cancer Therapies in September 2014. Visit http://www.ncbi.nlm.nih.gov/pubmed/25109233. For more information, contact Dr. Mansur at Peds.Innovations@UHhospitals.org.