Endovascular Therapy For Stroke - It's About Time

Although many stroke centers worldwide have performed endovascular stroke therapy since the results of the Prolyse in Acute Cerebral Thromboembolism (PROACT) II trial were published in 1999,1 lingering uncertainties about efficacy and the selection of patients created an uneasy equipoise. Especially nettlesome was the uncertain benefit of endovascular therapy as compared with intravenous tissue plasminogen activator (t-PA).The controversy over endovascular therapy was heightened in 2013 when the results of the Interventional Management of Stroke (IMS) III,2 Mechanical Retrieval and Recanalization of Stroke Clots Using Embolectomy (MR RESCUE),3 and Local versus Systemic Thrombolysis for Acute Ischemic Stroke (SYNTHESIS Expansion)4 clinical trials suggested that endovascular therapy was no more effective than intravenous t-PA alone.

Now, in resounding fashion, five randomized clinical trials — the Multicenter Randomized Clinical Trial of Endovascular Treatment for Acute Ischemic Stroke in the Netherlands (MR CLEAN),5 the Extending the Time for Thrombolysis in Emergency Deficits — Intra-Arterial (EXTEND-IA) trial,6 the Endovascular Treatment for Small Core and Anterior Circulation Proximal Occlusion with Emphasis on Minimizing CT to Recanalization Times (ESCAPE) trial,7 the Solitaire with the Intention for Thrombectomy as Primary Endovascular Treatment (SWIFT PRIME) trial,8 and the Randomized Trial of Revascularization with Solitaire FR Device versus Best Medical Therapy in the Treatment of Acute Stroke Due to an Anterior Circulation Large Vessel Occlusion Presenting within Eight Hours of Symptom Onset (REVASCAT),9 the results of the latter two now being published in the Journal — have shown that endovascular therapy is highly beneficial, as compared with intravenous t-PA alone, in patients with occlusions of the intracranial internal carotid artery or middle cerebral artery up to 6 hours after stroke onset. The absolute benefit of endovascular therapy, as compared with intravenous t-PA alone, with regard to an outcome of functional independence at 90 days (defined as a modified Rankin scale score of ?2, on a scale from 0 [no symptoms] to 6 [death]) ranged from 13.5 to 31 percentage points. This translates into a number needed to treat for benefit as low as three patients and no more than seven patients. There was no significant increase in the rate of symptomatic brain hemorrhage with endovascular therapy in any of the trials. 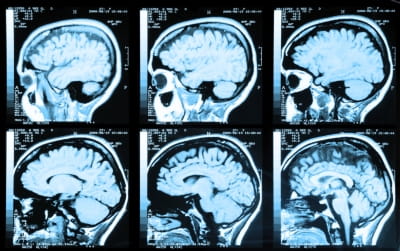 What caused this sea change since the three negative endovascular trials appeared in 2013? Technology has changed. Stent-retriever device technology results in faster, more complete recanalization as defined by significantly higher rates of Thrombolysis in Cerebral Infarction angiographic scores of 2b (indicating successful reperfusion of ?50%) or 3 (complete reperfusion), as compared with intravenous t-PA alone or earlier-generation thrombectomy devices.

In addition, a heightened awareness of the importance of time has changed. An emergency department door–to–groin puncture time of 90 minutes was achieved in the SWIFT PRIME trial. This goal requires stroke-workflow efficiencies not yet in place in many hospitals.

A third change has been neuroimaging criteria for the selection of patients. The rapid demonstration of large-vessel occlusion must now become part of the standard evaluation of acute stroke. To minimize hemorrhage risk and to reduce futile recanalization, the selection of patients may also require the determination of the volume of irreversibly infarcted brain tissue, which reflects the adequacy of collateral blood flow. Here, there is no consensus on the best method. Penumbral mismatch (i.e., the ratio of ischemic tissue at risk to irreversibly infarcted brain) was used in the EXTEND-IA trial with a minimum requirement of 20%, whereas the SWIFT PRIME trial required an 80% mismatch.

More recently, core-infarct volume has replaced mismatch as the favored neuroimaging selection criterion. The EXTEND-IA trial excluded patients with a core-infarct volume of more than 70 ml; in the SWIFT PRIME trial, the cutoff point for core volume was 50 ml. Most sites used computed tomography (CT) for the determination of vascular occlusion and core infarct; magnetic resonance imaging (MRI) is more sensitive than CT for core-volume assessment but is not available on an emergency basis in many hospitals. Automated MRI and CT analysis software (RAPID, Stanford University) improves the speed and accuracy of core-volume determination.

However, perhaps neither core nor mismatch neuroimaging is essential, because at some point time trumps physiology. MR CLEAN (a pragmatic trial) required only vessel imaging, whereas the ESCAPE trial and REVASCAT used the Alberta Stroke Program Early CT Score (ASPECTS)10 as a measure of infarct core and excluded patients with an ASPECTS of less than 6. Although quick and easy to perform, it is unclear whether an ASPECTS alone is sufficient for predicting endovascular outcome because it only approximates core volume. How far the time window for endovascular treatment can be extended with the use of imaging selection criteria is also unclear. Regardless, earlier is always better, because time is brain. Pending the resolution of this issue, it is probably best to avoid initiating endovascular therapy in patients with large (>50 to 70 ml) infarct cores as assessed by means of CT or MRI or an ASPECTS of 4 or less, beyond 6 hours from stroke onset.

Reminiscent of the paradigm shift in stroke therapy that was introduced by intravenous t-PA, endovascular stroke therapy has major implications for systems of stroke care. However, as opposed to (and thanks to) the introduction of intravenous t-PA into practice, a stroke infrastructure is already in place in many countries, and in the United States there are Joint Commission–certified comprehensive stroke centers and primary stroke centers. Stroke infrastructure must now adapt to endovascular therapy. As with intravenous t-PA, only a small percentage of patients with stroke will require endovascular therapy (estimates are 10%), but this small percentage will drive the reorganization of systems of stroke care.

Not every hospital can or should perform endovascular stroke therapy. Thus, endovascular stroke therapy has major implications for triaging decisions by emergency medical services, since in cities or regions with both comprehensive stroke centers and primary stroke centers, candidates for endovascular therapy should now be directly transported to a comprehensive stroke center as rapidly as possible. Transport decisions will be facilitated by the development of algorithms for endovascular therapy. For example, patients with large-vessel occlusions will usually have a baseline National Institutes of Health Stroke Scale score of 10 or more (on a scale of 0 to 42, with higher scores indicating greater severity), which might become a trigger for transfer by emergency medical services to a comprehensive stroke center. Mobile stroke transport units (also known as “strokemobiles”), which allow intravenous t-PA to be started in the field and may also allow CT angiography to screen for large-vessel occlusion, are being evaluated.11 Health care systems can also shave off many minutes with the use of workflow efficiencies, such as “telestroke” and streamlined emergency-department and neuroimaging throughput.

This article originally was published on April 17, 2015, in The New England Journal of Medicine at NEJM.org.