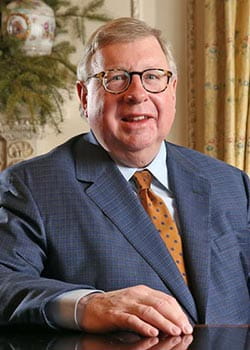 Paul Clark is the retired Regional President of PNC Bank, Cleveland. He retired in March 2019. A longtime financial services veteran, Clark joined PNC through its acquisition of National City Corporation in December 2008. He joined the National City Corporation in 1976 as a management trainee in Consumer Finance. Since that time, he served in a variety of capacities, including executive vice president of Retail Banking in Pennsylvania (where he led the integration of Integra Financial Corporation) and president/chief executive officer of Michigan/Illinois (following the merger of First of America Bank Corporation). He also held the position of executive vice president of Institutional Asset Management and chair of the Investment Management Company until his appointment as president of Northern Ohio banking in 2004.