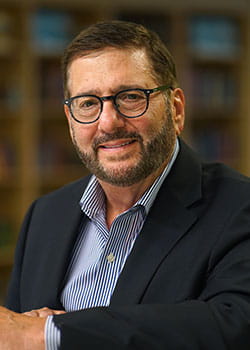 Steve Potash is President and Chief Executive Officer of OverDrive, a company he founded in 1986. He also serves on its Board of Directors. Under his leadership, OverDrive has become the leading digital reading platform for ebooks, audiobooks and other digital media for libraries, schools, government agencies, corporate learning centers and colleges and universities worldwide. Under his leadership, OverDrive became a Certified B Corp and mission-based company whose vision is a "World Enlightened by Reading".

The Steve & Loree Potash Family Foundation funds literacy programs through www.believeinreading.org. While practicing law, prior to starting OverDrive, he also served as Special Counsel to the Ohio Attorney General, served as an acting Municipal Judge, and authored technology columns for the American Bar Association Journal. He was admitted to practice law before the United States Supreme Court in 2019.

Steve has a bachelor’s degree in journalism from The Ohio State University and earned his J.D. at the Cleveland-Marshall College of Law.